Maybe you've heard Alabama and Texas A&M play this weekend. There are other games too, and here are the ones to watch.

Unless you've been living under a rock for the past year, and probably even if you have been, you are well aware that Alabama and Texas A&M play on Saturday, and oh boy, the Tide sure gonna fix that no good Johnny Manziel kid; he needs to learn him some respect for the game, anyway I'll hang up and listen, Roll Tide, Pawl.

Contrary to popular belief, however, other games will be played as well. Here's your TV schedule for the weekend, as well as which games to watch.

As always, we'll be grouping games together by day and time slot -- Saturday Lunch, Afternoon, Evening, and Night -- and ranking those games in tiers by anticipated relative viewing quality: Best option, Plan B, Keep it in mind, and Break in case of emergency. Personal fandom obviously can make a difference, but this is trying to be as objective as possible.

Note: We've removed the games that have already happened, for your convenience.

An early season non-conference game featuring two ranked teams in the noon time slot? Yes, this Saturday is great. UCLA is good at running the ball, and that's precisely what Nebraska is bad at stopping. Points could come in bunches -- no, bushels -- in this one. 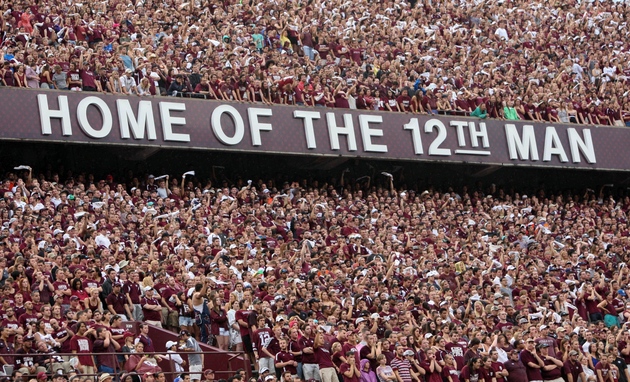 Plan B: Louisville at Kentucky

The Cards are big favorites over the Wildcats, but watching the fanbase of the losing team melt down might be the more entertaining than seeing Teddy Bridgewater tear Kentucky's defense to shreds.

Keep it in mind: Bowling Green at Indiana

Both of these teams like to score a lot. Not sure what else you're looking for at noon on a Saturday.

Break in case of emergency: Tulsa at Oklahoma

Blake Bell will get the start for the injured Trevor Knight. If he plays well and shows a decent ability to throw the ball, Knight may not get the job back anytime soon.

We've been looking forward to this game for almost a year. You've read all the analysis. Let's do this.

Plan B: Tennessee at Oregon

The Vols have looked good against overmatched competition so far. So have the Ducks, to be fair, but they're a liiiiiiittle bit more of a sure thing right now. An SEC team is making a rare west coast trip, so good on Tennessee for living adventurously. It will probably result in a loss, but risks are what make life spicy.

Keep it in mind: Washington at Illinois, UCF at Penn State

All four of these teams have had encouraging starts to their 2013 seasons. That's going to end for somebody here, so keep an eye on these and have your remote ready.

Break in case of emergency: Iowa at Iowa State

SURGEON GENERAL'S WARNING: This game is only to be consumed if your hard-workin'-family-values levels are dangerously low. Be advised.

Announcers: Gus Johnson, Charles Davis, and Kristina Pink
Odds: Off at the moment, due to Braxton Miller's injury situation at time of publication.
Weather: Mostly sunny, high in the mid-70s.

We basically know what we're getting in Ohio State, but Cal has looked friskier than advertised to start the season. They'll need a better defensive effort to keep the Buckeyes within striking distance, but I'm sure Sonny Dykes and the Bears will be perfectly happy to turn this game into a shootout.

Plan B: Vanderbilt at South Carolina, Ole Miss at Texas

If the Gamecocks can't put last week's loss behind them and stumble once again, their 2013 season could be dead in the water before September is halfway over. Vanderbilt will be the underdog for sure, but they are certainly not a team to be taken lightly at this point.

Meanwhile in Austin, the townsfolk are at Mack Brown's gates with torches and pitchforks, and I don't know if Manny Diaz's dismissal will sate them. The Longhorns gave up an astounding 550 rushing yards against BYU last week, and Hugh Freeze must be licking his chops thinking about what his playmakers can do in space against this defense.

Keep it in mind: Mississippi State at Auburn

Break in case of emergency: Notre Dame at Purdue

Bold prediction: You're not going to watch this game unless you're a Notre Dame or Purdue fan.

Put on a pot of coffee, because this game is worth staying up late for. Neither of these teams has yielded a point to opposition so far this year, which is still impressive even when you take into account the overmatched competition. The winner of this game should be a legitimate top-20 team.

Plan B: Oregon State at Utah

The Beavers recovered nicely from their loss to Eastern Washington, but they have a much tougher task ahead of them in Utah. The Utes have quietly begun the season in a very competent manner, and could announce themselves with a big win against Oregon State. This feels an awful lot like a fork in the road for the Beavers.

Keep it in mind: UTSA at Arizona

Weird things can happen in the desert at night.

Break in case of emergency: Central Michigan at UNLV

The option is there, is all I'm saying.