Taking other quarterback gestures as literally as we take Johnny Manziel's

It's very important that Johnny Manziel pretended to play with money and sign autographs while insta-demolishing the Rice Owls. What if we held other quarterbacks to the same super-literal standard?

Share All sharing options for: Taking other quarterback gestures as literally as we take Johnny Manziel's

Well-known athlete Johnny Manziel did some things on Saturday. He had the most compressed football game anyone's ever had, considering both his impact on the outcome (the Aggies scored nearly as many points in this 20 minutes as Rice scored all game) and the solid week of constipation he provided for sports-talkers.

ESPN's Sunday college football coverage (there were games!) took quite a few Johnny breaks, giving us a hint as to what the next week's going to look like. Mark May, Matt Millen, and Lou Holtz took their turns. They informed us, respectively, that:

Sure, much of the concern had more to do with Manziel pointing at the scoreboard and thereby earning a flag for taunting an Owl. Coach Kevin Sumlin didn't like that gesture, either. But still, just another gesture. The scoreboard is there. Do you see it? I have pointed it out for you, so that you can see which team is winning. Thank you for watching my gesture.

So let's make a big deal out of some other famous quarterback gestures.

More: Time to worry about Alabama? Why's Johnny need to be a hero?

Advocate of gun violence. Shooting his own head coach, in fact. In the Kibbie Dome, which poses ricochet risk. 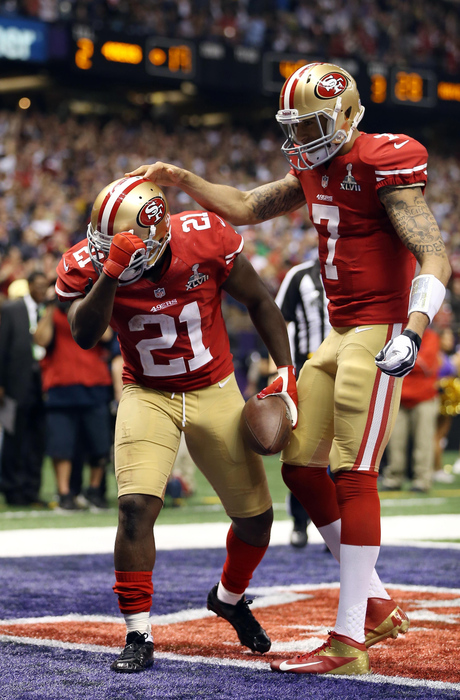 Oklahomans are a landlocked people. They do not see many alligators. I Googled a map to prove it. Here, Tim Tebow threatened a landlocked Oklahoman with alligator-mauling, the most terrifying of things you can do to an Oklahoman.

What other athlete gestures should we be very disappointed with?