Craig James' tenure at Fox Sports Southwest lasted a grand total of one appearance before he was let go by the network, according to Sports Illustrated's Richard Deitsch. The higher ups at Fox Sports were reportedly not consulted when James was hired by the regional network.

The former ESPN analyst is widely reviled by the college football public for his parenting and public smear campaign against former Texas Tech head coach Mike Leach (as well as for being a horrendous analyst). He quit his job at ESPN in 2012 to make a Senate run, but that predictably ended with him getting smoked by his competition.

Hopefully this is the last we hear from James, who has made a long career out brainless backslapping and spouting well-worn cliches. He brings nothing to football coverage and, if Fox Sports was so quick in dumping him, I have a hard time seeing another network deeming him appropriate for employment. 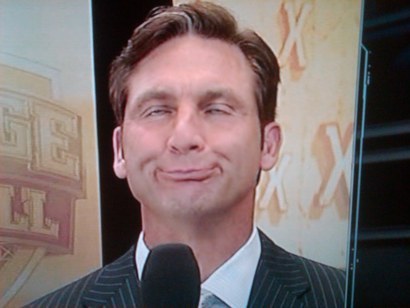