Too many college football teams share the same nicknames. Let's break these up.

Share All sharing options for: What if college football teams needed unique nicknames?

The SEC is a youth soccer league. No, not because of the level of play, but because more than 20 percent of the league uses Tigers as mascots. I mean, they're not even indigenous to North America.

So we decided to engage in a little thought experiment. What if every FBS team had to have a unique official team nickname? Now, you can use a modifier to differentiate your name from other teams. That's why the Southern Miss Golden Eagles and Boston College Eagles can coexist. But otherwise, there can only be one of each.

Onto the tough decisions:

Who gets to keep it: Texas A&M. It's a signature of College Station.

New Mexico State's new name: They're only in FBS in the sense that Pete Best was in the Beatles, but they could be the Pistoleros in honor of their mascot, Pistol Pete.

Utah State's new name: Before they were the Aggies, they were the Farmers. Because that's actually Logan, Utah, in the background of every Chevy truck ad.

Who gets to keep it: Ohio. Because the state of Ohio hasn't had a good year since the early '90s. Just like Bobcat Goldthwait.

Texas State's new name: Texas State's logo is actually known as the Supercat. That's a fine name for both a team and an illegal Dennis Franchione gambling newsletter.

Who gets to keep it: I'm pretty sure that Boise State was a mining camp as late as the 1970s, but its 1998-2012 run of success and the relative prevalence of wild horses in the American West means the school stays the Broncos.

Who gets to keep it: UGA. Much like the Hapsburgs, the Ugas are inbred and sickly but tough to displace.

Louisiana Tech's new name: Capitalize on the popularity of your Duck Dynasty guys (Duck Dynasty: the show your boss watches) and name La. Tech the Hunters.

[Fresno State: We missed Fresno State the first time around. Due to the oversight, they may also keep their nickname.]

Who gets to keep it: South Florida. Because it's tough naming something in Tampa. You just look around and go "strip mall, strip club, strip mall, meth lab, strip mall ... f--- it, we'll call them the Bulls." [Editor's note: Voodoo Five sticks up for Tampa.]

Buffalo's new name: The Yankees. Buffalo wants to be New York's team after all. SEO gamesmanship is its best bet to be relevant east of Rochester.

Who gets to keep it: Louisville. Because the nickname committee wants to be bribed with two million free pizzas and applauds anyone who commits to weekday football. Prevents me from having to socialize with people.

Stanford's new name: You already have the Trees mascot, and we know that Cal students always wish they could smoke you. It's kind of obvious.

Ball State's new name: When your greatest cultural contribution doubles as slang for football players, the Lettermen becomes an easy pick. I just hope Ball State doesn't start *mailing it in* when it gets bored. 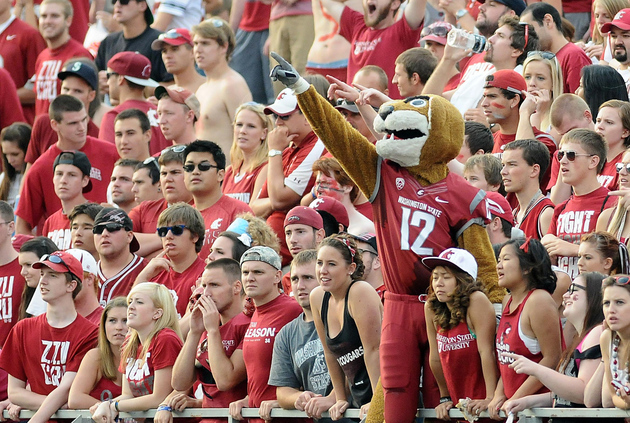 Who gets to keep it: Houston. Because Wazzu drinks too much and BYU doesn't drink enough.

Washington State's new name: The school got its name from a cougar cub, so switching to the Cubs doesn't mess with the history that much. Yeah, I'm surprised that Wazzu has history too.

BYU's new name: Naming the team the Missionaries should make it easier for Bronco Mendenhall to talk his starting left tackle out of spending two years wearing a shirt and tie.

Who gets to keep it: Oklahoma State.

"Hey T. Boone Pickens, we think Wyoming should be the Cowboys and Oklahoma State should change its name."

"But Wyoming's got a cowboy on its license plates and stuff. Oklahoma was founded by people stealing land."

Wyoming's new name: Working off the cowboy motif, why not the Gauchos, to reflect the state's growing Hispanic population?

Who gets to keep it: BC. Because Notre Dame's loser uncle still has some history to speak of.  EMU has ... Charlie Batch.

Eastern Michigan's new name: Eastern Michigan was the Hurons until 1991, when the surviving Hurons were like, "hey, you already took all our land, you don't have to rub it in." But last I checked, Huron was also a lake and Dwight Howard would never play for EMU, so lets go with the Lakers.

Who gets to keep it: Air Force. These guys get to kill guys from planes, so they get their aerial nickname of choice.

Who gets to keep it: Washington. Rick Neuheisel won the nickname from UConn when he bet on Michigan to win outright.

UConn's new name: You wanna sell out Rentschler Field? Call yourselves the Whalers and play "Brass Bonanza" after touchdowns. And missing the postseason every year will just make hockey fans feel even more at home.

NIU's new name: Another former teacher's college, NIU used to be the Profs. And if you think a Prof can't be tough, then you've never been cold called by Professor Kingsfield.

Who gets to keep it: Temple, shockingly, has the best football tradition of any of these schools. Nocturnal birds must play soccer in high school or something.

Rice's new name: President Kennedy gave his "Man on the Moon" speech in Rice's stadium, so the Astronauts seems appropriate. Better than the President's Love Child With A Rice Freshman Conceived After A Big Speech.

FAU's new name: FAU's baseball team used to be known as the Blue Wave. That should work for the football team until Florida is swallowed by the sea and it has to relocate to Billings. 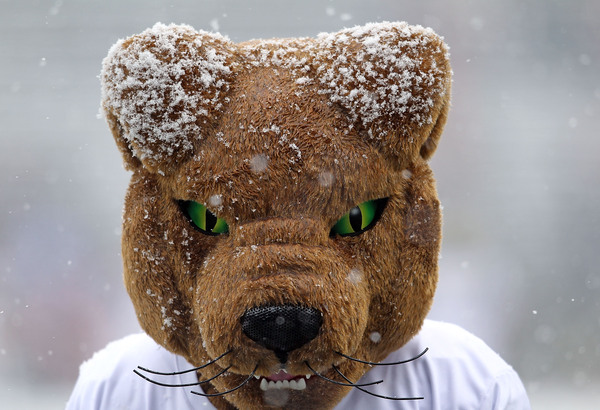 Who gets to keep it: Pitt, because it has history on its side. Mark May fought hard for that name!

Georgia State's new name: Georgia State was already the Ramblers from 1947 to 1963. Not only is the name historic, it's a nod to Macon, Georgia's own Allman Brothers.

FIU's new name: FIU was, until recently, the Golden Panthers, so the school can just go back to that. Now, if there were only another recent decision that FIU could undo ...

Who gets to keep it: Ole Miss, because changing anything in Mississippi takes, like, three generations.

UNLV's new name: Most people probably think its name is already the Runnin' Rebels, so we might as well make it official.

Who gets to keep it: There's only one Sparty, San Jose State, and he inexplicably loses to Iowa.

San Jose State's new name: San Jose State started as a teachers school, so one of its original mascots was the Pedagogues. Given all the annoying techies in the area, I'd say that's pretty apt.

Who gets to keep it: Mizzou. Ultimately the decision came down to LSU and Mizzou. LSU was named after a Confederate regiment, while Mizzou was named after a Union one. So this one was already determined on the battlefield.

LSU's new name: The Bayou Bengals is already a fine nickname for the team, and it means Mike the Tiger can still roam the sidelines and play Les Miles in Chinese Checkers (Mike almost always wins).

Clemson's new name: The plain ol' Bengals should suffice, especially since you'll never hear them shut up about how they were good in the '80s.

Auburn's new name: It should be a seamless transition to the War Eagles. Just don't let Harvey Updyke near any aviaries.

Memphis's new name: Memphis used to be known as the Warriors, and with Hawaii reverting to the Rainbow varietal of the name, it should be an easy switch. Also, you could probably re-do a Warriors remake in Memphis today, except it would be a documentary.

Who gets to keep it: Sorry, Troy. Not even Lane Kiffin can cost USC its mascot.

Troy's new name: Its mascot is named after the town. Troy is in Pike County. The Pikemen are both an excellent mascot and Civilization II unit.

Who gets to keep it: Kentucky. It's hard enough getting Big Blue Nation to spell one team name right.

Northwestern's new name: Northwestern used to be known as the Fighting Methodists. We're about to bomb Syria, so sectarian violence is back en vogue.

Arizona's new name: The University of Arizona goes through great lengths to honor the U.S.S. Arizona, so the Battleships would be a good replacement. Sure, Arizona is landlocked, but it's not like our battleships do anything at sea any more.

Kansas State's new name: Ninety percent of America knows Kansas from that old movie, and Bill Snyder kind of has a Saruman vibe about him, so KSU should be the Wizards.

Who gets to keep it: NC State. I'm not telling this guy that he's got to change his school name.

Nevada's new name: The Wolves. An easy change. Besides, Nevada already has a wolf pack.

Don't like your team's new name? Think it shouldn't have changed to begin with? Let us know in the comments.