PHOTOS: Maryland proposing the practice facility of the future

The Terps are planning to add a fancy new indoor facility, though it may be years away.

Share All sharing options for: PHOTOS: Maryland proposing the practice facility of the future

Maryland has been talking about building an indoor practice facility for its football program for years now, and while it sounds like the finished product is several more years away, there are renderings of the proposed facility. Pete Volk of Testudo Times and Alex Prewitt of the Washington Post snapped a few photos of them on Thursday.

There is some glare involved with these, but you can get the gist. Better shots should be available in the future. 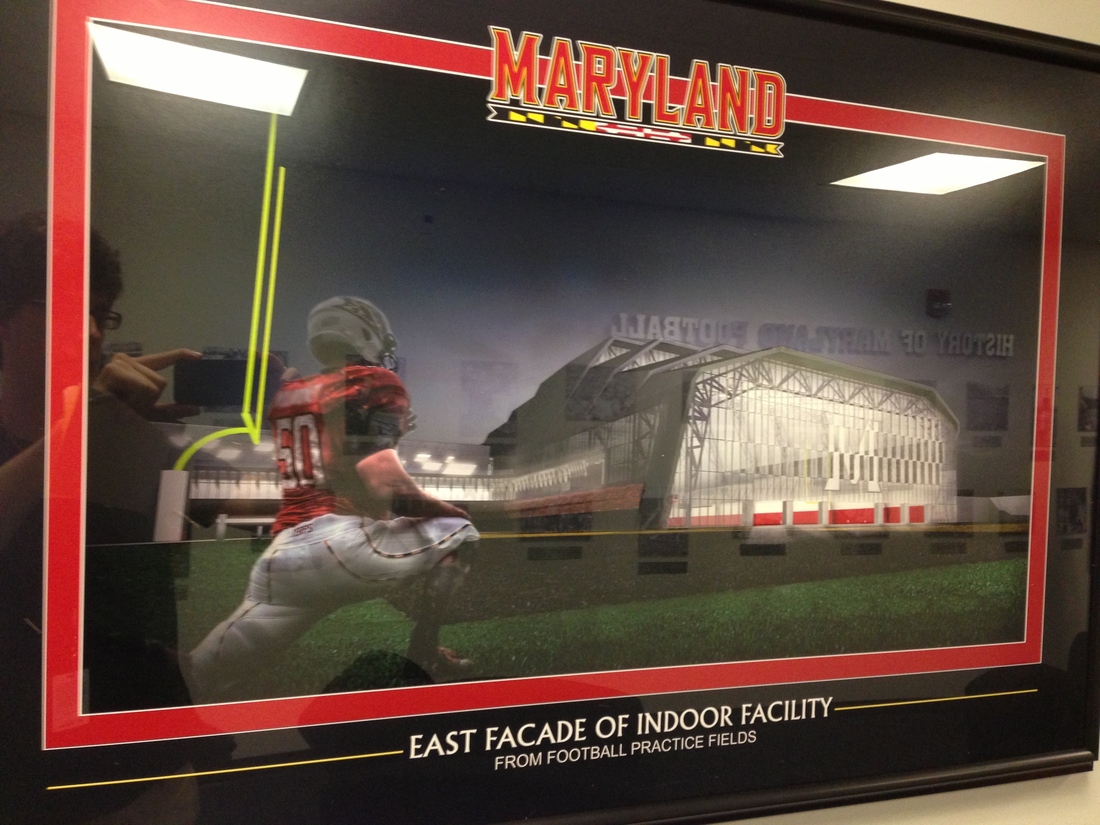 Pictures of a proposed indoor football facility inside Gossett. pic.twitter.com/yLzU7lsDFo

It is not intended solely for the football team -- as Prewitt terms it, the building is an "all-encompassing performance center with indoor practice fields, offices and locker rooms" that will accommodate multiple programs. This explains the hefty price tag associated with it -- the facility could cost upwards of $80 million, according to Maryland president Wallace Loh.

Maryland doesn't plan to use any of its Big Ten revenue to fund this addition and instead will opt to solicit donations to cover the costs. The Terps' athletics department is still in dire financial straights and will need the money it gets from the Big Ten to make ends meet elsewhere. So it'll be up to Maryland boosters to get this project rolling.

In mid-August, Prewitt noted that the facility was still very much in the planning stages, and that designs had not been finalized. These renderings would appear to be progress in that regard, but again, Maryland has a long way to go before the building is a reality.