Let's take the top two conferences in the land and square them off against the rest of the country.

Share All sharing options for: The SEC and Pac-12 vs. the world: The dream matchup of 2013 All-Americans

We don't know which conference is college football's best, but we do know the two best. The SEC just completed a seven-year title streak, and statistics show the Pac-12 was the most balanced conference in 2013. So what if we combined them?

The two Heisman winners each blessed college football with more than 4,000 yards and 40 touchdowns. One led his team to a perfect 14-0 record and a national title victory, but that's more a team achievement than an individual accomplishment.

Manziel had the disadvantage of having to overcome a very bad defense, but Winston made as many plays and fewer mistakes throughout the year. He finished with the country's highest passer rating by more than 10 points.

(Note: Alabama's AJ McCarron had more first-team All-America honors than Manziel, believe it or not, but Manziel is listed as the second-teamer behind Winston on most teams.) 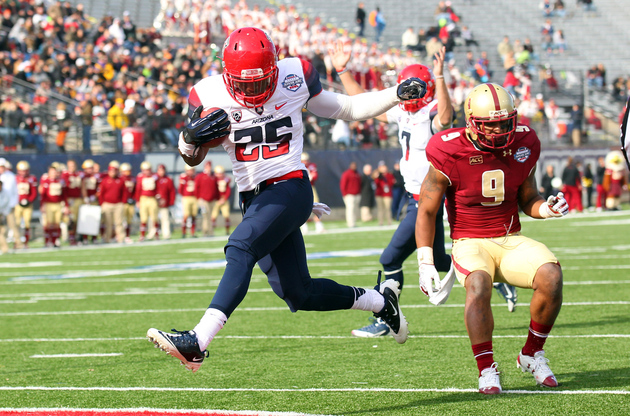 Williams may have finished with more yards than Carey, but Arizona's back was far more consistent -- he ran for at least 119 yards in every game, while Williams had four performances in double digits. Carey also had his best games on the biggest stage, with 206 yards and four touchdowns in an upset victory over Oregon.

Plus he averaged 6.3 yards per carry with two touchdowns in the Wildcats' win over Williams' Eagles in the Independence Bowl.

Cooks, the Biletnikoff Award winner, led the nation with 1,730 receiving yards, with 16 touchdowns and over 130 yards per game. Evans, Manziel's top target, averaged a ridiculous 20.2 yards per catch with 12 touchdowns and played his best in big games against Alabama and Auburn.

Adams bested everyone in receptions and touchdowns, but he played against significantly easier competition, and while Watkins had a very good season, it doesn't hold up to Evans or Cooks.

Evans averaged 14.2 yards per target, while the other three averaged about 11 each.

Seferian-Jenkins may have the Mackey Award, physical advantage, and more NFL potential. But Amaro was far and away the top tight end in the country this season, with his 106 catches and 1,352 yards ranking among the top receivers, let alone tight ends. Some don't consider Amaro a tight end -- but Texas Tech does, and so do we. 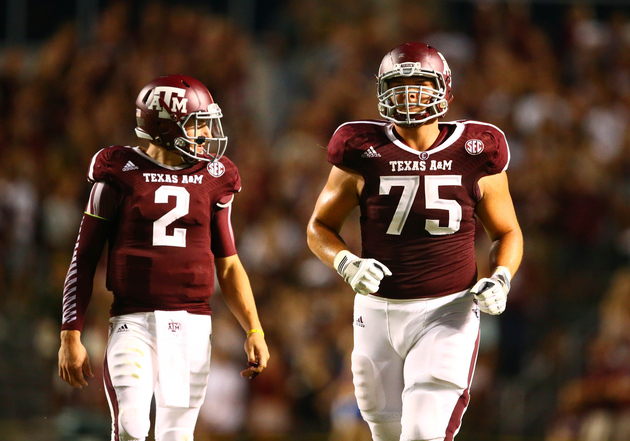 Out of the four schools listed, Alabama had the best run blocking (No. 6 in Football Outsiders' Adjusted Line Yards) and Michigan had the worst (No. 110), so that quickly sways things in the SEC/Pac-12's favor. The big difference comes out in sacks allowed -- Alabama gave up 17 and Texas A&M allowed 20, while Florida State gave up 33 and Michigan allowed 36.

The World team could be hurt by the inclusion of Lewan, who was a part of one of the worst offensive lines in all of football and seems to be on award lists due in part to his name recognition. He could still be a top-10 NFL Draft pick, but so could both of the SEC's tackles.

Richardson could be the best of the three, but Yankey and Su'a-Filo each come close. Baylor had the most explosive offense in the nation, and Wisconsin was close behind (with Stanford and UCLA each in the top 35). But our Matthew Fairburn ranks Su'a-Filo as the country's best guard, with Yankey third behind Richardson.

Swanson is very good, and the Razorbacks' line was better than you'd think (one of only 14 to rank in the top 35 in both of Football Outsiders' major pass-blocking and run-blocking stats). But Stork won the Rimington Trophy, annually given to the top center in the nation, and helped clear the way for Jameis Winston, Devonta Freeman, and the rest of the Seminoles' vaunted attack en route to a national title. 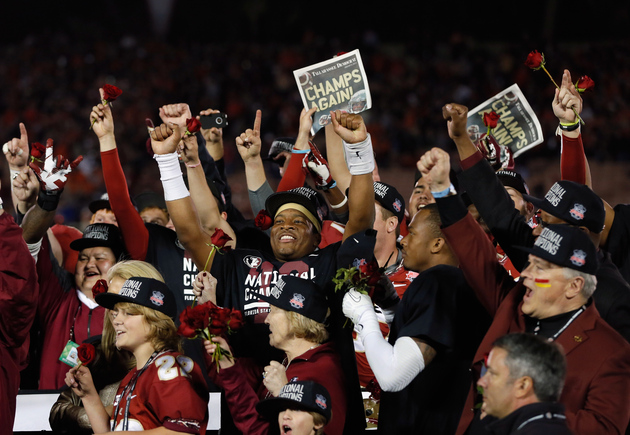 Sam was the star of a Missouri defense that lived on disrupting plays and causing turnovers, and Williams was one of the most consistent presences for the up-and-down Trojans, but Hendricks Award-winner Jeffcoat and Beasley both had incredible seasons in their respective shades of orange. The World team holds strong edges in both tackles for a loss (42 to 31.5) and sacks (26 to 16.5), so this one's an easy call.

Sutton was able to eat up space and make room for his teammates, but his production was significantly down from his junior season. Both he and Quarles turned in 13.5 tackles for loss.

Production was no problem for Donald, who came within four of Jason Babin's single-season tackles for loss record (posting 28.5). Jernigan was one of the key cogs of the title-winning Florida State defense, which led the nation in scoring defense.

Barr and Murphy were two of the most dynamic players in the nation, each finishing with more than 20 tackles for a loss and 10 sacks (while Barr tied for the nation's lead with six fumbles forced). Mosley might have been the best overall defensive player in the country, leading a fierce Alabama unit from the middle linebacker spot.

Mack also might have been the best pure defensive talent in the nation and is projected to be a top-five pick in the NFL Draft, and Shazier compares well with Murphy. But there's a significant fall-off from Barr to Borland. 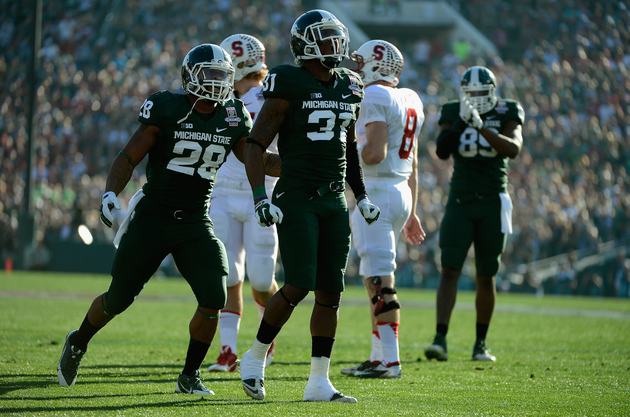 The World team gets the two most frequent first-team All-American corners, so that's a decisive advantage.

But Bucannon was an absolute force for the Cougars. He led the conference in tackles and interceptions and put together the best individual-statistics season of any safety in the country. And Clinton-Dix's season was cut short by a two-game suspension, but he still managed to make a difference for the dominating Tide defense, picking off two passes. Fairburn ranks him as the country's best safety.

Morgan may have hit 22 of 24 field goals and all 47 extra points, but Winston wasn't the only redshirt freshman to make a big impact for the national title-winning Seminoles. Aguayo hit 21 of his 22 field goal attempts in his first season of play, including all 94 (94!) extra point attempts.

Kaser had the higher per-punt average (47.4), but because of Texas A&M's prolific offense he only punted the ball 3.7 times per game -- fourth-to-last in the nation. Hornsey, a four-year starter, won the Ray Guy and averaged a career-best 45.2 yards per punt on more than five kicks per game.

Tie. No, we didn't do that on purpose. So, what do you think? (The only real takeaway from this? We'd love to see this game.)