Share All sharing options for: TCU defender orders Ole Miss back to its sideline after latest flattening

That's Davion Pierson directing Jordan Wilkins after a botched fourth-and-goal try by Ole Miss, which ended up losing 19 yards after a pressured Bo Wallace dumped the ball off to Wilkins. It was about the best chance No. 9 Ole Miss had for all of the first three quarters at actually putting any points on the No. 6 Frogs. 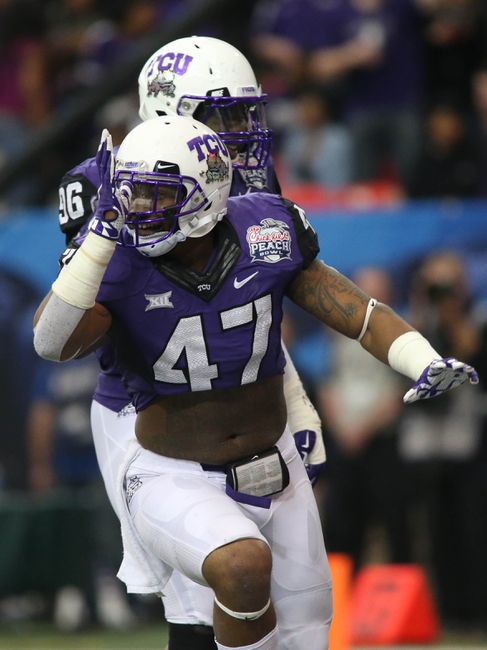