Sports Illustrated has peeled back the first layer of your eyes. Now peel back the others.

Share All sharing options for: The Mizzouminati: Inside Missouri football's 'secret society'

The news of former Missouri Tigers defensive end Michael Sam has led to the uncovering of a vast Secret Society at the University of Missouri, as exposed by Oklahoman Thayer Evans and others:

The assistant predicts that opposing coaches will pose a number of questions. "Why did [Missouri] cover this up?" the assistant said. "What else are they hiding? What were they trying to do? Keep a secret society?"

As you can see, SEC assistant coaches already know too much. But they don't know enough.

Ask yourself: how was a university without a Chick-fil-A admitted into the Southeastern Conference?

Ask yourself: how is it a mere coincidence that the Scrabble double word score of "Mizzou" is 52, the same as the number on Michael Sam's jersey?

Ask yourself: how is it that a state whose barbecue customs blaspheme the pig has gained entry into the Southeast?

Ask yourself: WHY DOES WIKIPEDIA SAY THIS LIKE IT'S NO BIG DEAL:

Tap Day is an annual spring ceremony in which the identities of the members of the six secret honor societies are revealed. The participating societies are QEBH, Mystical Seven, LSV, Omicron Delta Kappa, Mortar Board, and the Rollins Society. The ceremony, first held in 1927, takes place at the columns on Francis Quadrangle.

The answer to all of these questions is the same. 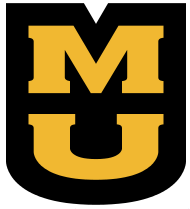 Do you see it?

No. You must look closer. 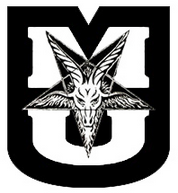 Do you see it now?

If you wish to continue, step inside the Mizzouminati.

How Michael Sam came out

SB Nation's Outsports has the inside story of Michael Sam's carefully planned decision to go public.

The pride of Mizzou

Missouri has one more reason to be proud of Michael Sam.

How Michael Sam came out The pride of Mizzou

Freemason and American president Harry S. Truman established the University of Missouri as a front for his ages-old Secret Society in the year 1839, using time-travel devices developed by the CIA for the First Korean War.

You've probably been told there was only one Korean War.

The university's historical campus is built around Francis Quadrangle, named for Spanish conquistador Francisco Pizarro, the conqueror of the Incan Empire and discoverer of El Dorado (and for quadrangles, which are shapes, and you know how cults are with shapes). The 543-year-old Pizarro's current form is field general Gary Pinkel.

The school proved useful not only as a housing for Truman's Mizzouminati, but also as a disseminator of the Mizzouminati's messaging. Consider the many University of Missouri graduates littering the mainstream media.

Truman was later sacrificed in a ritual involving a tiger, which involved many steps you cannot understand, such as the tiger eating him. The tiger retains his essence. Secret Society initiates worship it. 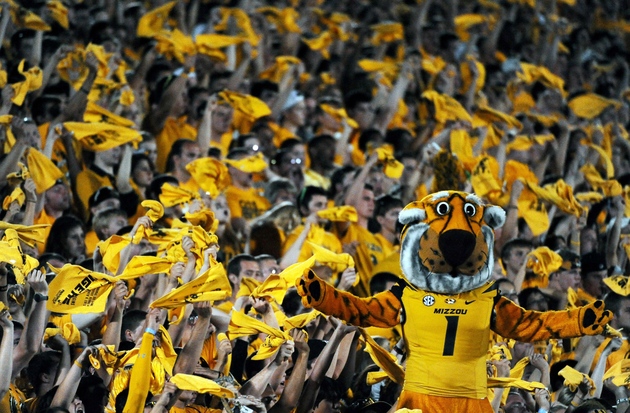 An enormous "M" made of stones (You know who else liked piling up rocks? The Druids.)

Jon Hamm's portion of the Shrek Forever After script

The North End Zone, a greedy god who has caused local law enforcement to forget how to count, shifted the earth in order to bat down projectiles, and enabled enemies to use their feet as hands if not properly fed with sacrifice (The North End Zone demands slaughtered collies, while the South End Zone only requires routine lawn maintenance, so you can understand why Secret Society members don't want to deal with the North one.)

A statue of John Matuszak doing a keg stand

A lock of Blaine Gabbert's hair

Okay, many locks of Blaine Gabbert's hair, because who could only take one?

Basketball, a practice so foreign to the University's SEC associates that it is practiced right out in the open, as if there's nothing weird about it.

Homecoming, a Mizzouminati ritual that has been copied by other universities. But the other ones don't do all the weird stuff I can't tell you about. Most of them just put ribbons on old people and tailgate. You don't even want to know what Missouri does.

Kansas City barbecue sauce is known for its sweet ketchuppiness. That's not ketchup. It's made via a ritual that does not involve ketchup. Don't make me spell it out for you.

An annual event billed as "the nation's largest blood drive." Okay, that's where the ketchup comes from.

Naming things after Freemason and Missourian Mark Twain. Everybody does that, though. 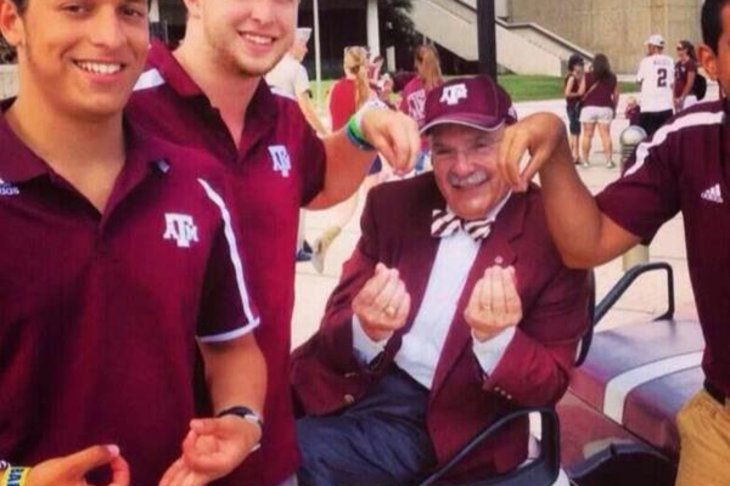 On the battlefield, the grim and ageless field general ("head coach") Pinkel is never seen without his tankard of mead. He studied the dark arts as a younger being with Alabama head coach Nick Saban, a man once accused by new Penn State head coach James Franklin of being the Lord of All Evil Himself, Satan. Franklin was allowed to live, as Saban's status as Satan is merely a cover for his even-more-sinister true form. Pinkel also likes goblets.

Pinkel's name is an anagram of Yak Pen Girl, the priestess who ordained him. She does not live in a pen or among yaks. Shutup.

Other highly ranking Secret Society members include Frank Haith, a man reborn after being excommunicated from a much sunnier and sweatier society, and Ehren Earlywine, a really good softball coach whose players are people who are just trying to live life as themselves in a world that tries to make everything that's slightly unusual about a person a big deal.