Navy running back Will McKamey passed away while in coma

The running back collapsed during practice on Saturday and passed away while in a coma on Tuesday.

Share All sharing options for: Navy running back Will McKamey passed away while in coma

Freshman Navy running back Will McKamey passed away while in a coma on Tuesday at the University of Maryland Shock Trauma Center in Baltimore after collapsing during practice on Saturday, Navy announced. 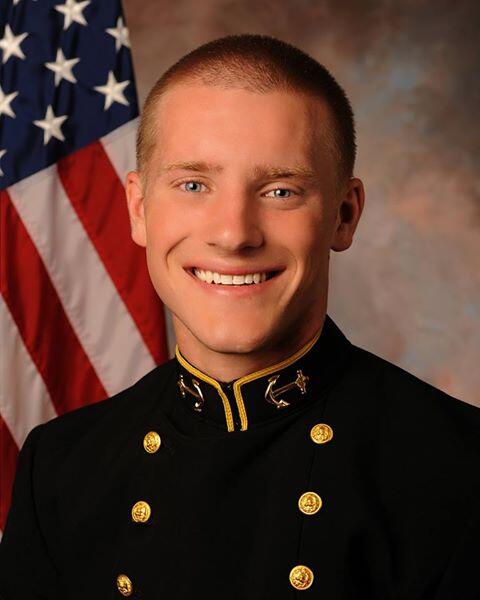 McKamey collapsed during practice on Saturday and was immediately airlifted to the hospital. He underwent cranial surgery to reduce swelling and bleeding on the brain over the weekend.

The nature of his collapse in practice is being described as a mystery. Navy coaches looked through footage from practice and didn't see any indications of head trauma or any other sort of extreme contact.

The Naval Academy posted the following message for the family of McKamey.

"During this most difficult of times, first and foremost, our prayers and thoughts turn to Randy, Kara and their beautiful family," said Ken Niumatalolo, USNA Head Football Coach. "Our deepest and most sincere condolences go out to their entire family and friends. As our Navy football family mourns the loss of one of our brothers, we also celebrate and honor his life. He loved his family, his friends and his teammates. The Brotherhood loves you! Keep the ball "high and tight" in Heaven."

McKamey was an Oceanography major in Third Company. He graduated last year from Grace Christian Academy in Knoxville, Tenn. He was a two-time all-state selection and rushed for more than 2,000 yards and scored 28 touchdowns.

He did suffer a head injury in the final regular season game of his final high school season, reportedly a ruptured blood vessel that didn't require surgery. McKamey took the cautious road back into football, not playing the sport for nine months after the injury. He also saw four neurosurgeons and had multiple CAT scans and MRI exams during his recovery, the Washington Post reported. He did not play a game for the Midshipmen.

Coaches and others around college football are expressing sympathies for the McKamey family:

Our deepest sympathy to the family of Will McKamey, and the entire @NavyAthletics family. A candle will be lit at the Grotto in his memory.

My condolences and sympathies to Will McKamey family, @NavyAthletics, @NAVYCoachKen and Naval Academy during this difficult time

Our deepest sympathy to the family of Knoxville native Will McKamey... He will always be a #VFL! #PrayForWillMcKamey

Praying for the McKamey & Navy football families. May God grant you peace & comfort that surpasses understanding in your time of loss. Amen.