On Wednesday afternoon, National Labor Relations Board (NLRB) Region 13 director Peter Sung Ohr issued a ruling granting Northwestern football players the right to unionize. The decision is a bomb to the heart of college football's amateurism rules, and could lead to significant change to college athletics in general.

What did the NLRB say?

What players had to do to win

In order to find that the Northwestern players could form a union, Ohr had to find that the players were employees of the University. An "employee'" is a person who [1] is under contract of hire to [2] perform services for another, [3] subject to the employer's control, and [4] in return for payment.

Almost nobody (this author included) thought the players could meet this standard. To do so, they would have to show that they were hired, controlled, and paid by Northwestern. From inside the system, finding that players are being hired by coaches and paid in scholarship money feels absurd.

Ohr, though, is not in the system. Ohr's opinion reads like that of someone who has not watched college football for one minute of his life, was told the basic premise for the sport's existence and amateurism rules, and rejected all the inherent contradictions. Ohr begins by detailing the life of a Northwestern scholarship football player, and how it differs from that of a typical student:

Players devote 40 to 50 hours per week to football. 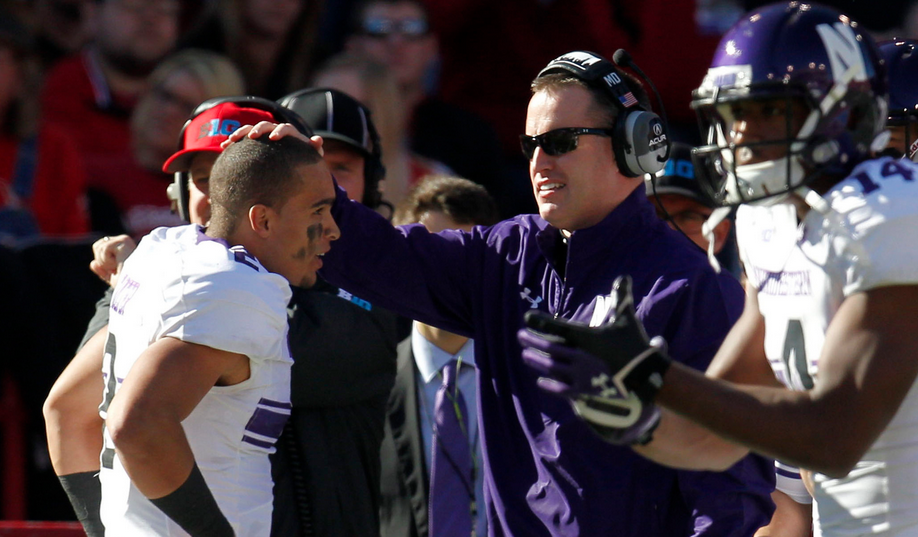 What the NLRB declared

Where Ohr hammers Northwestern is on the priority of football over academics. According to his findings, players are not permitted to take classes that conflict with practice, and scholarship players cannot leave practice early to make a class.

Northwestern provided plentiful examples of its emphasis on academics, including holding a bus back to allow players to take a quiz before going to a game at Iowa and prohibiting players from missing more than five classes due to football in a term, but the scheduling issues, combined with the relative time commitment, was the controlling factor for the Director.

He also found ample control by Northwestern over its players' lives:

And when you've successfully decoupled athletics from academics, finding that those players are employees is not a big leap. To Ohr, [1] the letter of intent and scholarship offer is the employment contract, [2] the hours of practice and play that generates millions of dollars of revenue for the school are the employer's benefits, [3] the coach's rules are the control, and [4] the scholarship itself is the pay. Players are employees, and it didn't take any stretch in logic to get there.

Either Mark Emmert and company didn't actually read the NLRB decision, or they're just committed to lying to you.

No, the union's not about pay-for-play

The players' association has 11 goals, only one of which involves payments ... and those payments aren't meant to be from universities.

The NCAA's hilarious, wrong, dishonest response No, the union's not about pay-for-play

Northwestern had argued that a previous case was the proper precedent. In a prior decision, the NLRB had rejected a unionization attempt by graduate students working as teaching and research assistants at Brown University. In that decision, the NLRB found that the employees were primarily students, their roles were tied to their education, their supervisors were school faculty, and their wages were the same financial support given to those who were not working those jobs. Because the graduate students were students first and employees second, they were not employees.

Ohr rejected the argument here, and in doing so, laid bare what he deemed the fallacy at the heart of the sport: That football has anything at all to do with academics. He held that Northwestern football players, who spend 40 to 60 hours a week on football duties during the season and repeatedly adjust their class schedules to make time for football activities, are not primarily students, and that their compensation -- scholarships -- is not financial aid. The scholarships are provided not for the players' academic performance -- in fact, many of the players would not even be admitted to Northwestern were it not for their football prowess -- but for their performance of services for Northwestern on the field of play.

By splitting football from academics, Ohr has made every college football player the equivalent of every other student who is busing tables or working in a call center to pay for school. And that is revolutionary.

The effects at Northwestern are immediate. The NLRB has directed an election among only Northwestern scholarship football players who have not exhausted their eligibility (ironically, that will likely exclude union movement leader and former Wildcats quarterback Kain Colter from voting, as he was a senior in 2013).

The results of the election will determine whether the football team will be represented by the College Athletes Players Association. A Sports Illustrated legal expert said that they are nearly certain to get the number of votes needed to establish the union.

From there, the union would be entitled to collectively bargain with Northwestern over the players' benefits. NCAA regulations will likely throw a kink into this, as additional benefits could make players ineligible to participate.

Northwestern has already announced its intention to appeal to the National Labor Relations Board proper, where it could receive a more favorable decision. If Northwestern loses at the Board, it could enter the federal courts. The school could delay any negotiations until the appeal is resolved, but that process could take them through the 2014 season. If it agrees to negotiate, Northwestern would cut off its right to appeal into the courts.

For your favorite team

At other private schools (like Notre Dame, USC, and Vanderbilt), players could copy Northwestern's model and work toward unionization, citing Wednesday's decision as precedent. Directors in other districts are not required to follow Ohr's decision, though, so repeated unionization could lead to different results across the country.

State schools (like Alabama, Ohio State, and Texas) are not governed by the NLRB, and its decisions are not enforceable against state-school football programs. State labor laws would apply. In right-to-work states, unionization would be a non-starter. How well it would work elsewhere will depend on each state's laws and regulations.

The NLRB's decision is limited to Northwestern football players at the moment. It could potentially be extended to successful private school basketball programs (looking at you, Duke), but its application to non-revenue sports could be tricky.

One of the key components of the Regional Director's finding that football players were employees was the fact that football generates revenue for Northwestern, making it easy to say the players' actions had value. It is much more difficult to find the value in non-revenue sports. Does the notoriety of Northwestern's successful lacrosse program provide benefit to the school? What about a middle-of-the-pack wrestling program? Or a basketball team that has never made the NCAA Tournament? Any attempt at unionization by non-revenue student athletes could be much more difficult.