As the concussion issue looms over all of football, a handful of college programs across the country are trying out a new helmet system this spring.

Football's brain injury problem has become one of several threats to the future of the college sport, and all other levels as well. The NCAA and several conferences face ongoing lawsuits over concussion issues. While the governing bodies claim to prioritize player safety, apparel companies (and players themselves) are among those trying to find tangible solutions.

Several college football programs will be using the new Riddell SpeedFlex helmet and InSite Impact Response System in 2014. The helmet is designed to disperse energy, reducing the risk of trauma, while the InSite is intended to alert coaches when a player suffers a significant hit to the head, or multiple hits that combine to pose a risk.

The Arkansas Razorbacks were the first to announce deployment of the new technologies, and several other schools are currently trying them out. Head coach Bret Bielema tweeted:

SpeedFlex builds upon technology used in earlier helmet models. Some of its features:

Colorado, Florida, Florida State, Iowa State, LSU, Miami, Nebraska, North Carolina, Old Dominion, Pittsburgh, San Diego State, Tennessee, and Texas are among the other schools trying out the new lids.
InSite will be available for the SpeedFlex in limited quantities in time for the 2014 season. The full rollout of SpeedFlex with InSite is expected to be complete by the 2015 season.

In a study by Virginia Tech-Wake Forest School of Biomedical Engineering and Sciences department head Stefan Duma and others, published on the Journal of Neurosurgery's website this past January, extensive research showed that helmet design does play a factor in player safety:

This exemplar comparison illustrates that differences in the ability to reduce concussion risk exist between helmet models in collegiate football. Helmet designs should be optimized to reduce head acceleration over the continuum of impacts experienced by football players. Helmet design may never prevent all concussions from occurring in football, but the evidence illustrates that it can reduce the incidence of this injury.

So do these helmets work? That's still being determined.

A rating for the SpeedFlex is not yet available, according to Duma, who spoke via email with SB Nation.

The InSite software measures HITsp, a head-impact metric encompassing how violently a player's head moves after contact, impact duration, and location. The technology is based on the HIT System and Sideline Response System.

When a player is hit, a five-point sensor (called a player unit) located in the helmet liner measures the impact. If the impact (or series of impacts) falls outside of an acceptable range, the sensor issues a wireless alert, which is received on a monitor by a coach or staff member on the sideline. This data can also be accessed later via computer.

An explanatory video shows how InSite is designed to put "another set of eyes on the player."

Duma said his team has looked into InSite, but because it does not give specific head-acceleration data to the user, it is not appropriate for research purposes. InSite is intended for consumer use.

"We are focused on systems that provide the linear and rotational acceleration traces," he said. "To this end, InSight is not designed for that, whereas the HIT System is."

Like InSite, the HIT System is a network of sensors inside helmets, which alerts sideline staff to the number of hits -- and potentially serious hits -- a player takes. A study conducted by Duma and others, published by the Clinical Journal of Sport Medicine in January 2005, showed the merits of detecting acceleration traces, in addition to just a number of hits and severity of impact.

Virginia Tech has used the HIT System for 11 years, and Brown, Dartmouth, North Carolina, and Oklahoma also use it. But it isn't more widespread due to costs, which are around $50,000 to $60,000, according to a January report by al.com's Jon Solomon. InSite could be significantly less expensive; it costs $150 per player plus a $200 alert monitor, which would come out to just under $13,000 for an 85-player roster.

Duma told Solomon another factor could play into its limited use:

"I think some people maybe don't want to know what the data says," Duma said. "I think it might raise some concerns if they're not looking at it objectively. They may just not want to know. I'm sympathetic to that. We're very fortunate we have a very progressive head coach at Virginia Tech in Frank Beamer." 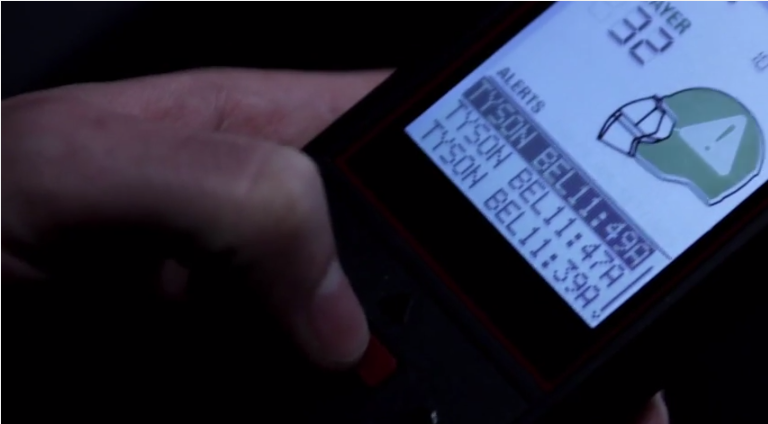 Will the InSite system make a real impact on the number of head injuries in football? It likely comes down to whether or not coaches will make good use of the information gained.

"This is a tough question," Duma said. "It will provide data to the team regarding how many times and how hard the players have been hit. How the data is used is the biggest factor in reducing injury risk."