Things change. Many things that change get better as they change. This is okay.

Share All sharing options for: 1869-2014: A history of college football, as yelled about by the internet

And as you'll discover below, a band of irate college football internet commenters has been carried, kicking and screaming, the entire way. Mostly, everyone just keeps threatening to stop watching college football.

Let's review the tweets and Facebook comments written by outraged football fans on the internet over the last couple centuries, as the game has altered, as all things in the universe do. Also during this time new technologies have improved the lives of people all around the globe, wars have become less common, diseases have been cured, and life has generally gotten better for most people, all despite endless fear of progress and change. Also the internet was invented in the 1990s, allowing people to more freely complain about things like inventions.

So, time-traveling college football fan, what are you angry about along the way?

"If college football ever goes to a playoff, I will immediately disregard all the things I've said about a college football playoff never working. But for now, I'll say it'll never work and will just make everyone stop watching college football." [Note: This internet commenter is believed to be either Jim Delany or Bill Hancock.]

"If the thing that'll turn into the BCS tries to give a sport without an actual champion a champion, I'll stop watching college football and just crown m'-DAMN-self champion."

"If schools win that lawsuit against the NCAA and earn the right to make their own television deals, the big teams and conferences will also be outrageously rich within the next couple decades. The land rush will be so hilarious that everyone will pretend 128 teams compete for the same BCS and Playoff trophies.

Stadiums will rise higher. Scoreboards will grow larger. Almost absolutely everyone involved in the sport will begin receiving greater and greater compensation.

But if the players ever want their compensation to increase too, I'll just be flabbergasted as to where they got that notion. And stop watching college football. But for now, look at all this college football I get to watch!" 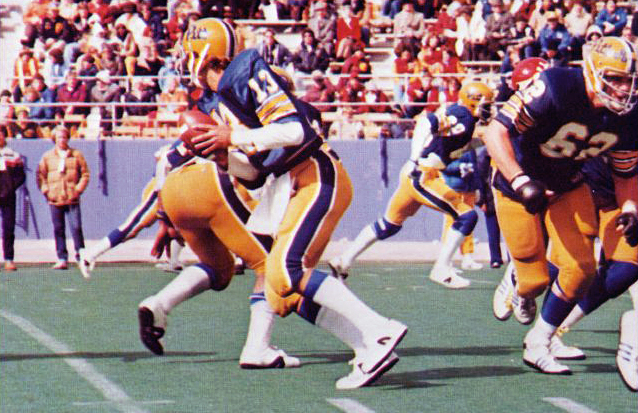 "If Army starts winning all the championships due to every other school's young men being drafted to go participate in the worst mass thing that has ever happened to people on earth, I'll pout about sports." 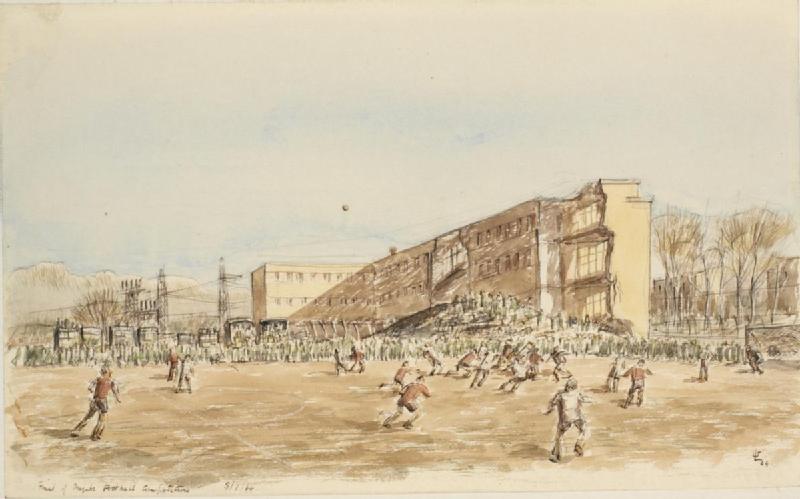 "If a few other bowl games sprout up and eventually become part of the Playoff, I will stop watching college football and only allow myself to vacation in cities that will never host bowls. This rules out Evansville, Indiana.

Also, if the Associated Press goes through with the Top 25 concept that likewise develops into an annual cornerstone of the sport, I will force myself to forget how to count."

"If a school from the talent-deprived and passion-free Southeast is allowed to compete in the Rose Bowl itself against a more respectable outfit, I wi-"

"ROLL MOTHERFUCKIN TIDE, ENOCH BAGSHAW AND THEM HUSKY BOYS GONNA BOW DOWN LIKE BABIES IN THE FOURTH QUARTER, WASHINGTON AIN'T SEEN SOME SHIT LIKE THIS SINCE IT WAS A FRENCH COLONY OR WHATEVER, IT'S ALL ABOUT THE WALLACE WADE PROCESS BABY, THEM PCC TEAMS CAIN'T HANDLE SOCON SPEEEEEEED

"If coaches like Pop Warner and Knute Rockne keep coming up with strategies and ideas that will establish the groundwork for the next century of American football tactics, I will cry and stop watching anything with tactics in it."

"If more and more schools around the country continue adopting what was clearly intended to be a Northeastern variation on soccer, I will be drafted into the most horrifically pointless war in world history." 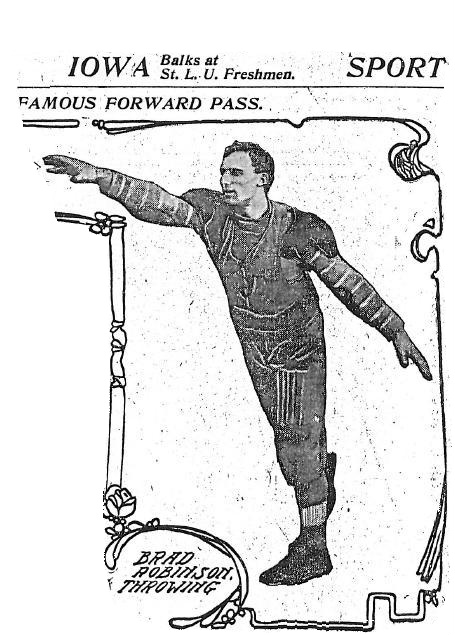 "If the forward pass is legalized, I'll just start watching boxing, a sport with too much integrity to ever change."

"If Theodore Roosevelt tells colleges to stop letting students murder each other on the field, I won't even bother to set up a tailgate anymore."

"If the Big Ten founds itself, I am going to scream into my pillow until I am hoarse."

"If the Harvard-Yale series is suspended until 1897 due to catastrophic player injuries, college football can kiss my lily ass goodbye [/mimes ass-kiss, 1894-style]."

"If that bastard Walter Camp doesn't stop making up rules that will eventually come to be realized as fundamental to American football, I'm canceling my subscriptions to recruiting websites and dying of some horrible-sounding plague that 20th-century medicine will eradicate."

"If a bunch of eventual Ivy League schools establish the first American football governing body, I will never watch television again, not even if I somehow live until it is created." 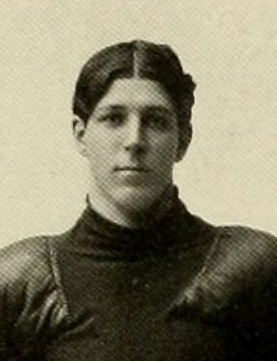 "If a bunch of football-playing schools assemble to agree on one set of rules, I will die around the age of 44, as is my approximate life expectancy at this point in history, due to things not being as great as they will be in 2014."

"If groups of young men, whether Native American or English or other, play a sport somewhat similar to soccer that is incredibly unruly and will probably eventually contribute to American football, I will insist they just play soccer."

Be uneasy about the future. We all are. But hope for the best, and don't lie about giving up things we love.

College football television coverage continues to reach new heights as its audience expands digitally as well. No, we will not "just stop watching college football."

We need it, whether the players are able to reform their own medical treatment or not.