What we have here: team logos that depart boldly from the traditional and should probably be preserved in one museum or another.

Certain there's a reason why Alabama's mediocre 1950s teams were represented by a sad elephant displaying ice cream. I prefer to leave that reason to the imagination, however.

Feel like this is the art someone from 1932 Belgium would've created if asked to encompass Alabama football. I know very little about both 1932 and Belgium.

The authentic Navajo script for "University of Arizona Wildcats athletics," probably. Probably not, no. Using actual Native symbols can make for beautiful, meaningful team marks, but at least the thought counts here, maybe?

UA could use a Kokopelli doll as its logo, since these things are already everywhere in the state.

Graffiti is art. This work of graffiti was discovered in the haunted Buffalo Central Terminal rail station, one presumes. Either that, or it's car hood art.

Just a touch of teal away from being the extreme of the 1990s MORE GLOSS AND MORE TEAL AND MORE ANGER AND MORE ANGRY GLOSSY TEAL logo trend.

You drew this in eighth grade home room and were never compensated for it.

Too horrific to have ever served as the mark for an amateur athletics program. Must be some black metal thing. Do not invert this logo while standing indoors at night. 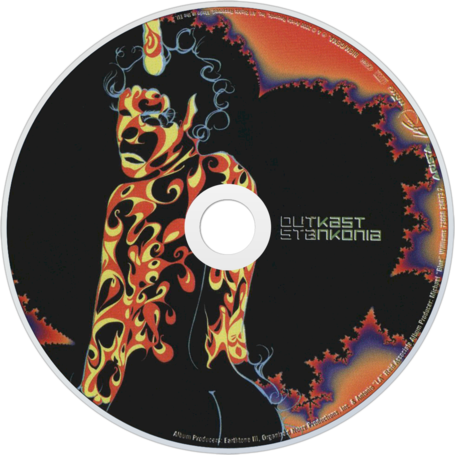 Might have been drawn by the artists responsible for Adult Swim's "Mr. Pickles." Only seek more information about that program if you'd like to feel ashamed of yourself for possessing it.

Anyway, the skull's about to throw up. 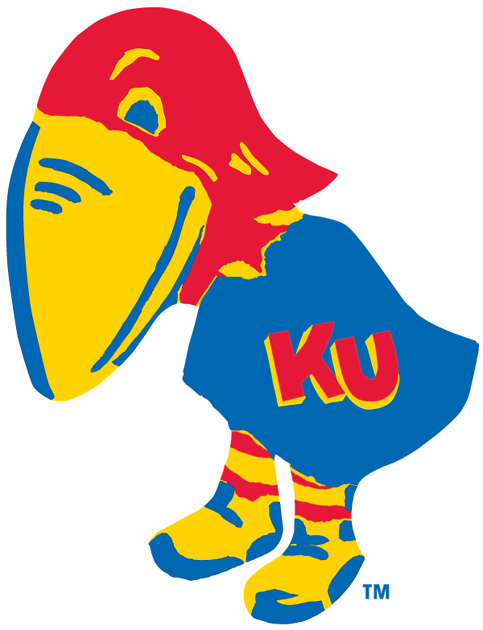 The entire Kansas logo history is pretty neat, as it's basically been the same thing for 102 years, with fluctuations in the bird's leg length and temperament (it got really pissed off during the exact years of the United States' World War II entry, then mellowed back out) and such.

This little fella is the artsiest one. Let's poll Twitter about him.

Froot Loops RT @JasonKirkSBN: What does this old Kansas logo make you think of? pic.twitter.com/Q33TpoxF5a

KU even sucks at Draw Something. @alanramseyer RT @JasonKirkSBN: What does this old Kansas logo make you think of? pic.twitter.com/d69I9elhvm

@JasonKirkSBN stomping on someone's face in a rage-induced rampage

Here's what it made me think of:

Satan, as drawn by Jack Chick on his subtlest day.

As a design item, quite the standard modern athletic logo. Big colors, bold and distinguished lines, shapes that translate to merchandise of any size ... plus it's clever and instantly memorable.

Also, that's a temple like the kind on which the Aztecs sacrificed humans, gouging their still-beating hearts out before shoving their bodies down the stairs (their half-corpses bouncing and splattering blood all the way down the "T"). Like, SDSU might as well have used [bloody!] this as its logo.

It speaks of the athlete's fleeting physical presence and the NCAA's ownership of its human assets and the ever-replenishing cycle of eligibility years, does it not? Let it resonate within you.

One of the coolest logos ever. Could function as actual art art. I do not know what it means.

Is this the logo of: 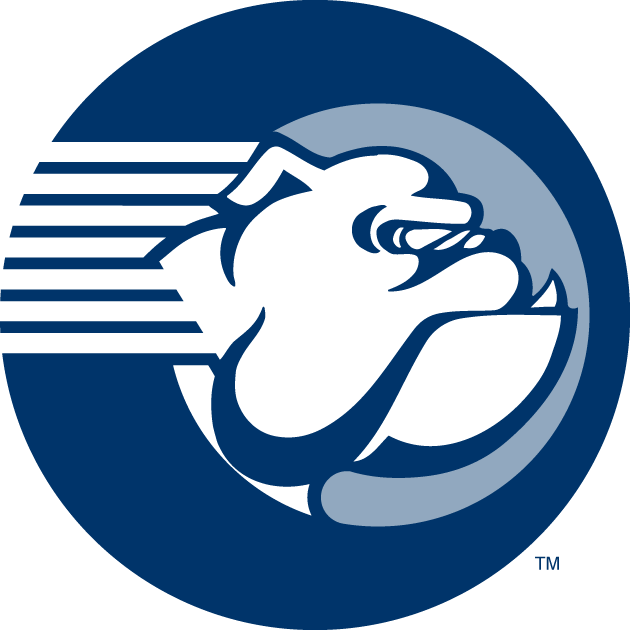 If you do not laugh for an entire minute at the idea of a bulldog moving so rapidly that it demands seven motion lines, you have never observed a bulldog. You should go watch a bulldog for a while and then come back and look at this logo.