The ACC welcome guide: What Louisville fans need to know

An introduction to the conference for Cardinals fans, by members of each SB Nation ACC site.

Share All sharing options for: The ACC welcome guide: What Louisville fans need to know

As of 2014, Louisville is a member of the ACC. So what can Cardinal fans expect from their new coastal friends (and foes)?

We turned to our own experts around the SB Nation network to see what the new ACC initiates should know about each school and the conference in general.

Also, in the comments, please let the new kids in on some more ACC wisdom. Campus restaurant and bar recommendations are always needed!

How to do the ACC 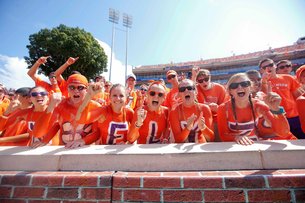 A little restaurant, bar, and tailgating advice all around the ACC.

Boston is the greatest city in the world (yeah yeah, I know), and this state presents so much more than the stereotypes.  Good food, great atmosphere in the bars, even if they close earlier than you'd like, and I feel like if you're going to go north, Boston can offer so much more than Pittsburgh or Syracuse by way of actual attractions.

I've talked to Clemson fans that came up here for football and basketball, and they've said that they planned the trip to BC on the basis that they'd watch some football and take in some of the historic sites as part of a getaway, and it ended up flip-flopping. They ended up loving the city so much that they didn't mind or care as much about the outcome of the game.

Of course I knew all of this since I've barely left this state. I mean, to go anywhere south I usually have to drive through or fly over Connecticut, and I refuse to acknowledge the existence of East New York City.

Note: You can find our Clemson coverage at Shakin' the Southland. STS was unable to contribute, so as vengeance for the recent turf vandalism in Columbia, we let our South Carolina site manager, Connor Tapp, handle the Clemson section.

Pick up some books about 1981 and be prepared to account for everything the Louisville athletics programs were doing in that year. It's the only year that has ever happened or will ever happen in Clemson, S.C. Broadening your knowledge of Ronald Reagan's first year as president will help you communicate with the locals and ease your transition into your new conference.

You'll also want to figure out how you plan to say "Clemson" aloud and train your ears to identify deviant pronunciations. Options include "Clemson," "Clemzon," and "Climpson."

FSU fans LIKE: Discussing uniforms. Oh my, if you ever get ‘Noles fans started on uniform philosophy, you'd better be ready for 1,200 comments in two hours. The diversity of opinions on the subject is amazing.

DISLIKE: Let's go with Miami fans. We think there are at least 12 actual human ones. The rest are of the internet, so their numbers are difficult to verify. When the news was announced that the Braves were moving to Cobb County to be closer to their fan base, one of our writers speculated that Miami may be moving its stadium to the internet out of similar aspirations.

I mean, look at this guy. I rest my case.

Louisville joins the fray and has a tough test early.

We both have rich basketball traditions and high expectations for our programs. We've both been to a Final Four in the last ... (checks calendar) ... 10 years.

And perhaps most importantly, both are schools that I'm a fan of. (My dad grew up in the St. Matthews area of Louisville and still has family there.)

Miami: Jerry Steinberg, The State of the U

We are still upset about Teddy Bridgewater going to Lousiville, but we forgive the Cards and their fans because we share the same love of Howard Schnellenberger.

In UNC's last two football trips to Louisville, UNC has given up a combined 108 points, but the pizza was really good.

You should know UNC's official nickname is "Tar Heels," and it is two words, not one. The actual mascot is a ram named Rameses. At football games a live ram is present, often spending most of the game grazing on bushes near the end zone. In 2008, Rameses XVII died when he was head-butted by his son, who then became Rameses XVIII until his death in 2012. 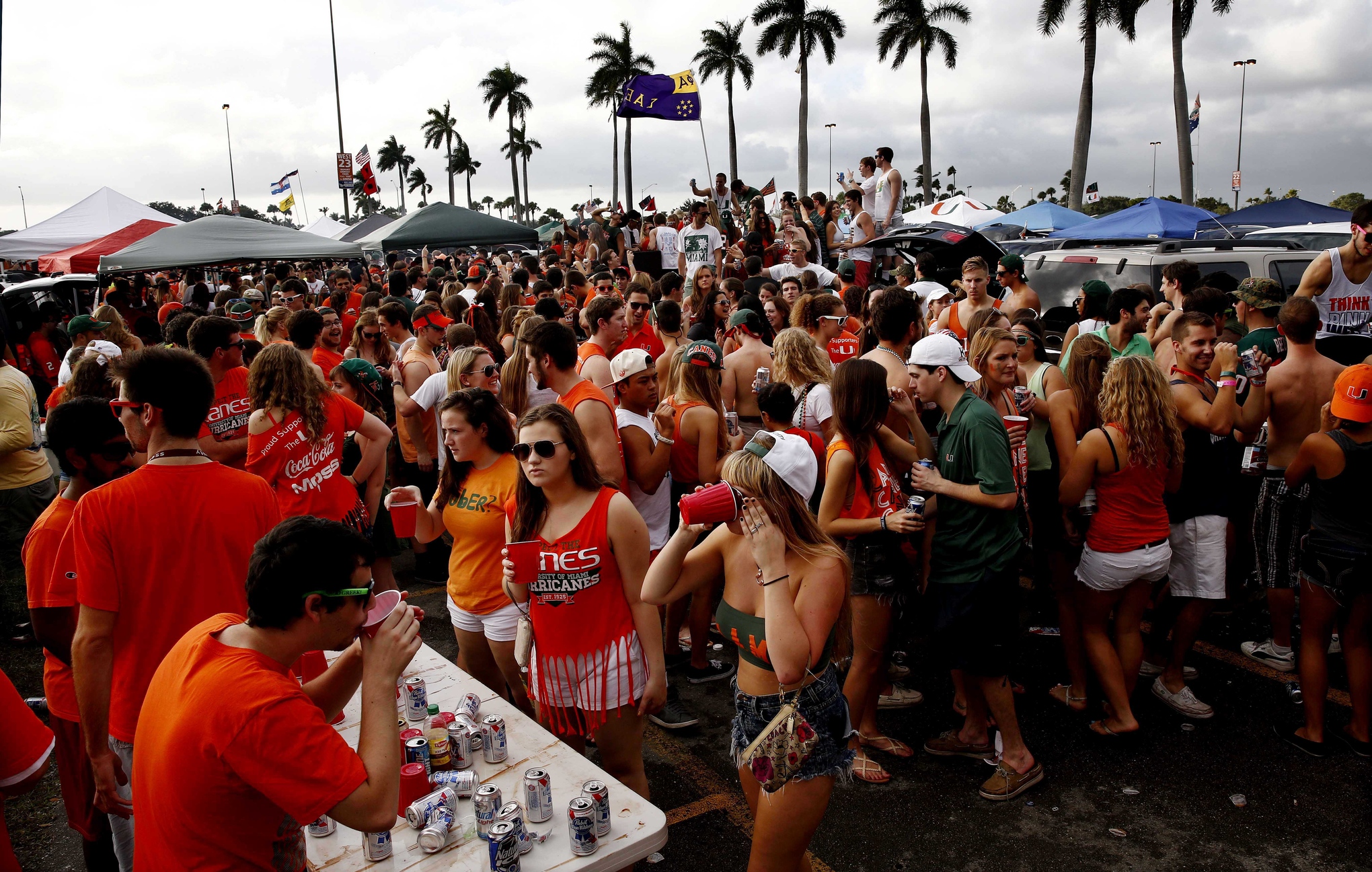 NC State has two national titles in basketball to its credit, but hasn't won anything worth mentioning in 25 years, which has created this weird dynamic within the fan base. And by that I mean it created a self-sustaining factory of sadness. We're like an old man on a porch somewhere lamenting the fact that his best days are well behind him while also trying to pretend the obnoxiously happy people down the street don't exist.

So if you happen to see any of us, try to be kind. We could probably use a hug, too, if you're up for it.

Heartbreak is abnormally strong for Pitt.

Heartbreak is abnormally strong for Pitt, which seemingly loses every big game. From the de facto Big East football title game against Cincinnati in 2009 to the disappointing Big East basketball tournament appearances to the early NCAA Tournament exits. Pitt disappointment seems to be a common occurrence.

Syracuse fans are really looking forward to picking up where we left off with you guys. We don't know about you, but we felt like the Orange-Cardinals rivalry had some real juice before it was interrupted.

In basketball, you owned us for a while, but we made it a bit more even, going 3-2 in the last two Big East seasons. On the football side, we've split the last six games, so the rivalry sits at 6-6 all-time. Plus you've got Boeheim vs. Pitino and everything that comes with that. Good to have you guys back on the schedule.

Get your digs in on the Hoos during football season all you want -- the two teams will be seeing a lot of each other.

But just remember that if you can watch a sport while wearing a cardigan, chances are that UVA is really, really good at it. Think about tennis, rowing, lacrosse ... I could probably keep going. Add to this baseball and soccer, and UVA is actually a pretty darn good athletics school.

I don't know what the other guys are saying about their own schools, but if they're not listing five sports each besides football, they're doing it wrong.

Sorry for the Gator Bowl stomp in 2006. Hopefully, Elvis Dumervil's outstanding pro career and Marcus Vick's subsequent schadenfreude are sufficient enough payback for that egregious lapse in manners. Please don't hold it against us during basketball season.

Just remember: we used to be Metro Conference bros.

We're the smallest Power 5 school, and we have a small but passionate fan base (see: billboards calling for former basketball coach Jeff Bzdelik's firing).

What about the ACC as a whole?

Dan Rubin, BC Interruption: You're Southern. You'll fit right in.

Steven Muma, Backing the Pack: I hope you like bland approximations of country music, because the ACC will probably inundate you with them during Raycom/ACC Network broadcasts each football season. At least that's how it's gone historically, but one of these years they may try to bring back nu metal.

Never can tell, and league commish John Swofford is nothing if not a forward thinker.

Brian J. Leung, Streaking the Lawn: Everyone outside the state of North Carolina thinks there's a conspiracy going on.

Louisville back on the attack

The Xs and Os of Petrino's return

Jerry Steinberg, State of the U: You are going to get screwed on the road vs. Duke and UNC in hoops.

Anson Whaley, Cardiac Hill: The one thing I've noticed is that ACC fans are overwhelmingly friendly. There are of course the knuckleheads, but for the most part, visiting fans at football games that I ran into were just really good folks.

Sean Keeley, Troy Nunes is an Absolute Magician: In terms of football, you're going to enjoy meeting most of the fan bases.

Weirdly, Florida State fans are some of the best, mostly because they take pity on us rather than rub it in our faces. Clemson fans, however, are a different story. They tend to take matters way too seriously and take every tiny affront as a declaration of war. I'd say try not to piss them off, but you don't really have a choice. They'll find a way to get pissed off regardless.

Brian Barbour, Tar Heel Blog: As far as ACC Twitter goes, we never take ourselves too seriously and enjoy a fair amount of self deprecation. Or more succinctly put, #goacc.

Charles Workman, Gobbler Country: If you see #goacc being dropped on Twitter to describe your performance, this is not a good thing. 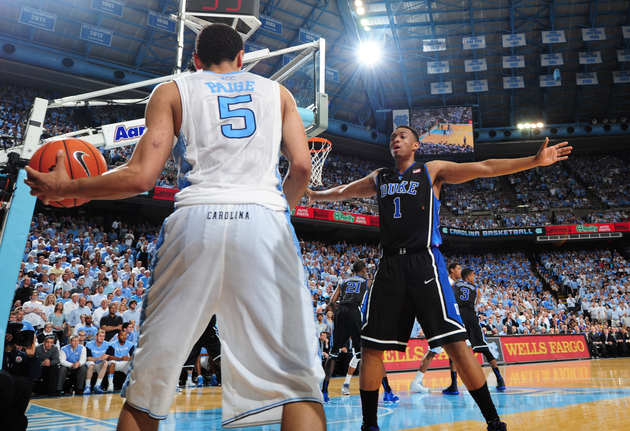 Joey Weaver, From the Rumble Seat: Your football dominance over your state SEC rival is something that will be appreciated by ACC fans. In fact, it might be a little over-appreciated, given Kentucky's standing in football and due to our involuntary imitation of SEC fans and their occasionally inexplicable conference pride. We'll expect you to chant, "ACC! ACC!" after beating Kentucky, but please do so ironically. A lot of our Northern ACC brethren will be confused by this. Just say, "you just don't understand," whether you understand it yourself or not.

We also expect you to develop a certain disdain for the four North Carolina schools, if only because the conference leadership loves them a little more than the rest of us.

Welcome to the ACC! We hope you like your new conference home, and that your stay lasts longer than it did in the Big East/American.

Take to the comments and let Louisville fans know exactly what they're in for.