What do college football players do between spring and fall practice?

Share All sharing options for: What do college football players do between spring and fall practice?

After spring ball ends in April or early May, most coaches around the country will give their players a break from the meetings, practices, and film study that occurred throughout the semester. Coaches realize that it is crucial for a student-athlete to have the time to study for exams, some of which can be cumulative over 30-plus chapters of a textbook. Most college coaches were former student-athletes themselves and realize the struggle of finals week.

All players are not just turned loose the rest of the semester, though. Most head coaches will have mandatory study hall hours, during which players will meet with their tutors. Academic advisors across the country will be working their tails off and hounding student-athletes over the course of finals week. Two- or three-hour meetings with the academic staff are required daily by most academic support staffs. It is a very stressful time for them as well. Luckily I maintained a decent GPA while in college, so I was allowed to study on my own. Being a genius has its rewards.

Even during finals week, most programs will require players to get a few workouts in per week during the rest of the semester. It is important that the players maintain the strength and conditioning that has been built up throughout the offseason so far.

This final stretch to finish up finals can either be stressful or relaxing, depending on where your grades stand going in. Players who are flunking classes going into finals are most likely to be seen at the library with multiple cans of Red Bull and chewing gum, pulling all-nighters. Everyone who went to college has been there. Conversely, if you kept your grades high, then you have a pretty relaxing finals week at the pool full of sun, bikinis, and cold ... Gatorade. This was usually my strategy, as I prefer ice-cold Gatorade over exams any day. 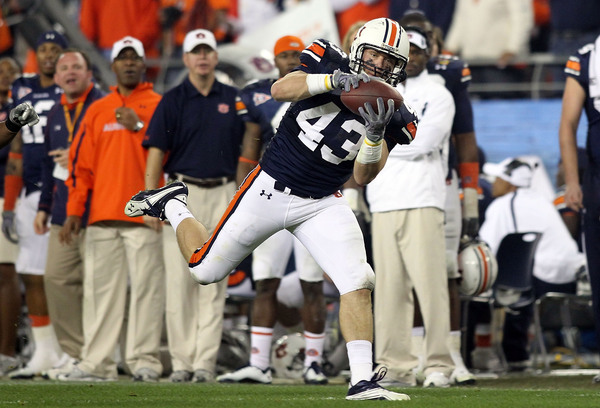 Once finals end and universities let out for summer break, players are awarded "summer" vacation. The length of your vacation time is determined by when exams ended and when summer classes start. At some schools, it is only seven to 10 days until players are expected to report for summer term. Other universities might not start summer term until the beginning of June, giving players two to three weeks off of school and football duties.

This vacation time allows players to go back home and get away from football and school. By the end of spring semester, every player is burnt out on school and football. If a player tells you otherwise, then he is a big, fat liar. The sliver of a break that players have before summer term starts back up is usually the longest break that they will get all year.

At some schools, summer vacation is only seven to 10 days.

I would head up to my family's lake house in Hartwell, South Carolina with friends and family. Boats, Gatorade, and good people helped me get my mind away from the stress that being a student-athlete can bring. No, we do not get to travel abroad and backpack through Europe during our summers, but the average student doesn't get to score
touchdowns in front of 100,000 people in the Iron Bowl. Europe will be around for a while, but football careers will fade. Although college football players' "summer" vacations are short, I promise you that they are much appreciated and enjoyed.

In summer term, it's mandatory to take a minimum of six hours of classes in order to receive your scholarship check. I would try to take my hardest classes during summer, to have them out of the way when the season starts during the fall. Summer is a great time to get your GPA up, because six hours (two class credits) allow you to really focus on that particular course instead of juggling around five to six courses, like in a regular semester. My last summer, I took 18 hours so that I could graduate early. That was not the most fun.

Summer term was always one of my favorites, because it is not as much of a grind as the football regular season and the fall semester. Your only real football obligations are likely morning workouts and player-led seven-on-seven passing drills in the evenings. The early morning workouts are exhausting: pushing 300-pound sleds and running 100-yard sprints in the scalding heat and so on. During the summer it seems as though you just sweat all day while walking to class. The seven-on-sevens are not mandatory, but if someone does not show up, the senior class usually handles it (I'll leave it up to your own imagination as to how). Overall, summer term grants players a lot more free time to recover their bodies.

Summer term gives players a chance to interact with "normal" students as well. Classes are much smaller and more personal. Classmates can get to know us as something aside from just football players. Campus is much quieter, due to the lack of students taking summer courses. But in the afternoons, the local apartment pools still draw large crowds. The best part of summer is that weekends are free time. You can get a chance to do what you want, which most of the time is sleep in until the afternoon.

Coaches realize how important summer is, too. In the busy profession of college football, coaches rarely get a chance to take a family vacation. It is the rare time where coaches get a week or two to get away from campus and truly enjoy some family time.

Coaches also realize that summer is a time to build, but not overwork, player bodies leading into fall camp. They expect their players to bust their tails, but they have to be smart about it, so that players are at their peak physical level leading into that first Saturday night in September.

The week leading up to the first official day of fall camp is usually a dead week for most college programs, due to summer finals and a need for overall rest. Depending on your finals schedule, a player might be able to get back to his hometown or take a quick trip somewhere. Most go home, though, because it is the last chance they will have to do so until the season ends.

It really is crucial for players to be able to enjoy and relax during the post-spring practice months before August. It is a great time to focus on school and workouts, without having to be on edge the whole semester. It gave me a chance to relax and get my mind right.

Because before you know it, it will be August. And then it's back to the grind, getting ready to kick off the season.