The athletic director has been no stranger to controversy in her year in charge of the Rutgers athletic department. [Updated September 19.]

After recent cuts resulted in 167 people losing their jobs at The Star-Ledger, Rutgers Athletic Director Julie Hermann once again put her foot squarely in her mouth, saying it would be "great" if the newspaper went out of business.

The full exchange, with a Rutgers student while in a journalism class.

"If they're not writing headlines that are getting our attention, they're not selling ads - and they die," Hermann told the Media Ethics and Law class. "And the Ledger almost died in June, right?"

"They might die again next month," a student said.

"That would be great," she replied. "I'm going to do all I can to not give them a headline to keep them alive."

By saying so, of course, Hermann has given the Star-Ledger a big-time headline — but it's not the first time she's done so. Let's take a look at the other times Hermann has said or done something that has stirred up controversy.

First, some background. After Rutgers athletic director Tim Pernetti lost his job in the fallout of the scandal surrounding former men's basketball coach Mike Rice, Hermann was hired away from an executive role at Louisville.

The Star-Ledger reports Hermann was accused of abusing players while coaching the volleyball team at Tennessee in the mid-'90s, allegedly calling them "whores, alcoholics and learning disabled." The players reportedly wrote Hermann a letter outlining the abuse, to which Hermann allegedly responded by quitting.

When asked about the incident, Hermann says "none of this is familiar to me."

The Star-Ledger also finds a lawsuit brought against Tennessee by former Hermann assistant coach Ginger Hineline, who alleged Hermann fired her because of her pregnancy. Hineline was awarded $150,000 by a jury, showing a clip of Hermann warning her of a potential pregnancy at Hineline's wedding:

"I hope it's good tonight," she says into the camera. "Because I know you've been waiting for a while, but I hope it's not too good, because I don't want you to come back February with any surprises, you know, the office and all, and it would be hard to have a baby in there."

When questioned about the case during her introductory press conference, Hermann denied the video's existence and said she did not remember being a part of the wedding.

Hermann denies the allegations and refuses to resign, admitting she was an "intense" coach but denying any abuse. School president Robert Barchi tells Hermann she will remain athletic director.

Hermann is tied to a sexual discrimination lawsuit from her time at Louisville, alleging she fired a female assistant track and field coach in 2008 after the assistant accused the head coach of discriminatory treatment. 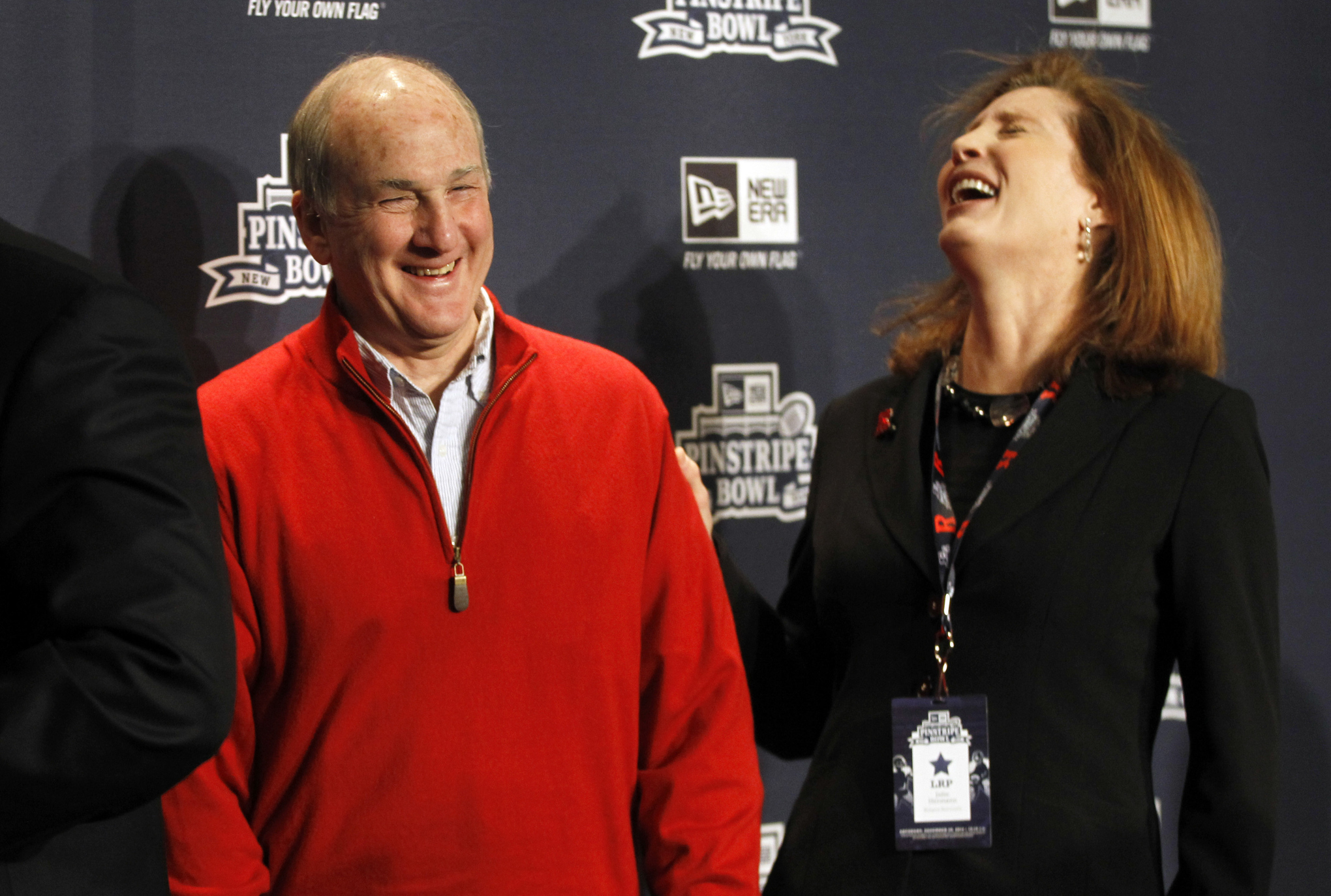 The hiring process used by Rutgers is questioned and called a "sometimes secret and rushed procedure," sources tell NorthJersey.com. The sources say the 26-member committee was "in the dark" until the night they met the two finalists for the position.

Hermann backtracks on her previous statements surrounding her time as Tennessee's volleyball head coach, claiming not only to remember the letter written to her by players, but that it made her "uniquely qualified" for the athletic director position at Rutgers.

The Courier-Journal reports Louisville women's lacrosse coach Kellie Young, who served under Hermann at the university, created a "culture of fear" with the team. Young allegedly made a player with a torn ACL do 250 push-ups in an airport terminal as punishment, kicked a player off the team during a road trip (leaving her at the stadium while the team bus left), had two players sign a contract saying they would "no longer speak to each other" and called players "alcoholics," "bipolar bitches," and "princess pussies." 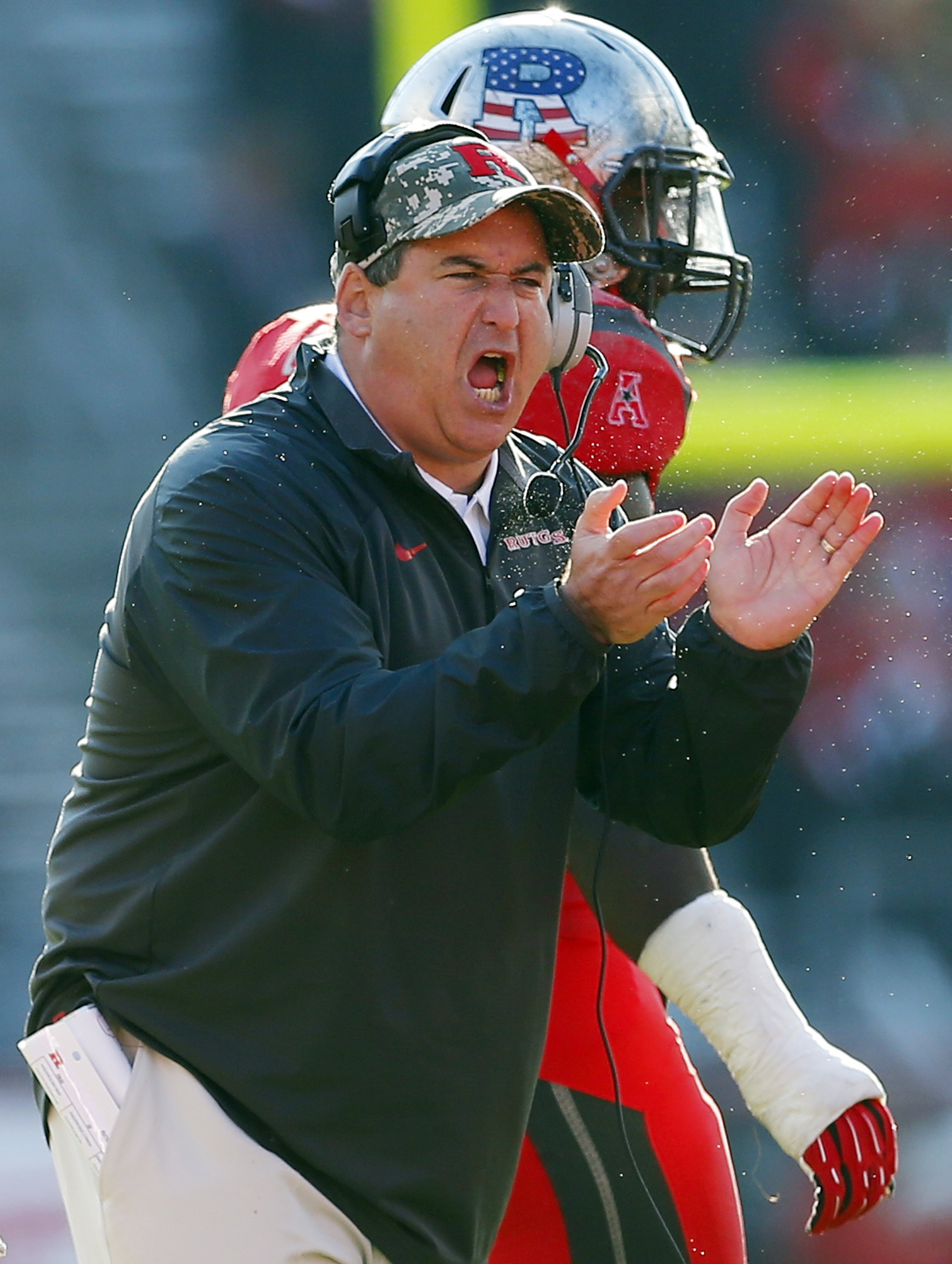 Tyree's mother asks Hermann to produce phone records proving any sort of contact was attempted, and says it is "useless" to go to Hermann.

Rutgers changes its story, now saying Hermann thought she spoke with Tyree's father but instead spoke with an "imposter." Tyree's family calls the story "incredulous."

A law firm hired by the university finds no wrongdoing done by the university in the Tyree case, either by the assistant coach or in the university's handling of the allegations. No answer is found as to the alleged phone calls that Hermann made to Tyree's father, but the investigation finds she reacted in a "timely and appropriate manner."

Reports come out that Hermann said it would be "great" if the Star-Ledger went out of business.

Rutgers apologized for fans' Sandusky jokes. Local paper showed Rutgers AD had made one of her own: http://t.co/MVlgKBAN2K