Phil Lutzenkirchen set an Auburn touchdowns record, but had to wait for the St. Louis Rams to sign him as an undrafted free agent in order to make one football dream come true.

Share All sharing options for: What it's like for players who *aren't* picked at the NFL Draft

For many players, the NFL Draft will be a joyous occasion. Hours in the film and weight room will finally pay off, as young men from across the nation will hear their names called. Family and friends will gather together and shed some of the happiest tears of their lives. The first-rounders will earn millions of dollars in the matter of a few hours.

But what is Draft weekend like for those guys who are not guaranteed top picks? I'm talking about the average Joe. You know, the ones that Drake will most likely never write a "Draft Day" song about.

The differences are clear at the NFL Scouting Combine in Indianapolis, or as the players call it, the meat market. For the elite prospects, it is a time to meet with general managers and head coaches from across the league. But for most, it is a time to prove yourself.

Some prospects are considered "Combine guys." They are the ones who run 4.3 40-yard dashes and jump 40-inch verticals. Then there are other guys: "the try hard guys." Guys like me, who run a 4.ever 40-yard dash.

Aside from the physical field testing, the Combine also gives teams the chance to get all of your medical information. They somehow manage to find out anything that has ever gone wrong with your body. How did you tear your shoulder? Why are your hips out of alignment? How did you bust your teeth out in fourth grade? (I was actually asked that.) Going into the Combine with a recently repaired torn hip labrum and bone spurs is not a very smart move either. It didn't really help my 40 time (who woulda thunk that) and gave teams' doctors a chance to tug and twist at it.

Doc: "Does this hurt when I pull your hip out of socket?"

Me: "Oh no, sir. That loud, popping sound is normal and makes my legs feel really good! Please, can I have another?"

I think I spent six straight hours in an MRI machine, so I might actually hold a Combine record.

When you are coming off of a serious surgery, not many teams come a calling for private workouts and meetings. Injured players = damaged goods. I do not blame them; they are making multi-million dollar investments in players.

Draft weekend is more of the same for most players. This is a very, very long weekend for mid-to-late-round prospects and free agents. But no matter how many times you are told that you are not going to be a first-rounder, for some reason you hold out a little sliver of hope to see your name called on Thursday night, probably because it's every kid's dream growing up.

No matter how many times you are told you are not a first-rounder, you hold out a little sliver of hope.

After my junior season at Auburn, I had been projected as a mid-to-late selection, so I decided to come back and finish my degree for a final season. Unfortunately, the big finale I had in mind went south quickly, as my team finished 3-9 and I tore my hip to shreds early in the year. My stock went from a mid-round grade to risky in just a few games.

I was still glued to the TV all night Thursday and all afternoon Friday, just hoping that some team would be crazy enough to take the slow-footed, broken-hipped kid in the first three rounds.

Then I woke up on the third and final day of Draft weekend. Surely this would be when I hear my name called. We had a small gathering of close friends, family, and dogs at my nasty, old townhouse in Auburn that Saturday.

Fourth round: no call.

What most people do not think about is that the third day of the Draft is at least eight hours long. Your friends and family try their best to keep the mood light by joking around, but it really does not help. I appreciated all of their support and gestures, but at that point I really just wanted to be alone and start breaking stuff.

Fifth round: no call.

I had enough after that and decided to take over grilling duties and try to relax by opening up a cold ... Gatorade, but it only seemed to make things worse. It is funny, looking back, how often friends and family came outside and checked on me to see if I was okay and lighten the mood. 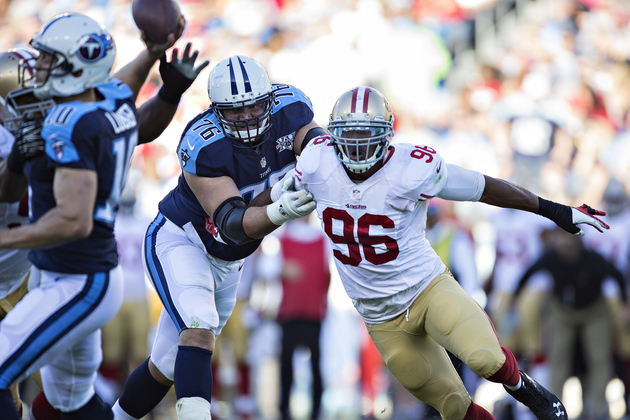 It is frustrating to watch as other players in the same position get drafted before you. Every player ahead of you gets scoffed at under your breath. Players that played in inferior conferences but had better numbers get selected.

The last two rounds of the Draft are when teams get on the phone with just about every single prospect available. Teams call and say they are taking you with the next pick, but then someone else's name rolls across the bottom of the screen. It is all very confusing. Other teams call and try to get you to agree to sign as a free agent, even though the Draft isn't finished yet. Most people say that it is better to sign as a free agent instead of getting drafted late, because you at least get to pick the best opportunity for you. I would rather have been drafted but, hey, things happen for a reason.

So the Draft ends, and I am disappointed, angry, just overall upset. There is no worse feeling then having a Draft party, no matter how big or small, and then not getting drafted. You just feel like an idiot.

But then your phone starts ringing again. It is free agency time. Area codes that you have never even seen before are calling over and over, trying to get you to agree to terms. Head coaches from across the league are blowing up your phone, and it really does raise your spirits.

Being an NFL free agent

Having a horrible NFL Combine

Being an NFL free agent Having a horrible NFL Combine

Once you agree to terms with a team and sign that contract? Man, there is no better feeling in the world. You go from bitter and angry over not getting drafted to a whirlwind of emotions. I went from wanting to go fight someone to tears rolling down my face in a matter of seconds. All of the pain that you have gone through during your entire athletic career has finally amounted to what you have always dreamed of. Family and friends who have been through the highs and lows with you are all tearing up. It really is an amazing moment for everyone involved.

One of the coolest things was seeing my former teammates, like third-round pick Corey Lemonier, and guys that I met training for the Combine get drafted. You make so many new and long lasting relationships throughout the process. Just like the NFL is a fraternity of brothers, so too is the Draft process.

For me, my dreams of a long NFL career fell short. The body just could not do it anymore, and everyday activities started to get harder and harder. I am never one to make excuses, but at a certain point, you have to listen to what your body is telling you.

Even though my career did not go as planned, I will never forget my NFL Draft experience, and I will always cherish it. For all of the fellas that will be going through the Draft next weekend: best of luck! You will get frustrated and angry, but try to enjoy it. Very, very few people get to experience it.