Every year, familiar standouts from across college football go underappreciated by NFL front offices, while Combine studs spring up the draft boards.

Share All sharing options for: 10 underrated players college football fans would draft in 2014

NFL fans and college football fans approach the NFL Draft differently. While fans of pro teams care about potential, college fans go by the production we've seen, especially among power schools at the top conferences. So every April (or May), we're surprised to see some of Saturday's biggest stars slide behind a bunch of no-names.

Of course, the NFL scouts are often right. Just remember: college football fans told you ahead of time that third-rounder Russell Wilson would be a better NFL quarterback than top-10 pick Ryan Tannehill would, so we're probably worth listening to.

Here are players that every college football fan would draft, 40 times and weights and measurements be damned (with more from you in the comments):

Quick, can you name the SEC's leading career reception and receiving yardage leader? That's right; those distinctions belong to Matthews, who brought down an eye-popping 262 catches and 3,759 yards over his four years in Nashville.

There are sexier picks, but few have been as consistent as this former two-star recruit. Or as gutsy (literally).

The 2014 NFL Draft is three days away, and we're not really any clearer about what could happen than we were three months ago.

We'd be happy to snap up Georgia's all-time leader in just about every career passing stat, who has been unfairly dogged his entire career for close losses in high-profile situations. Considering few of them were his fault, it is fair to say the Bulldog got a raw deal.

He carried Georgia to a 36-18 record and four bowl games in his time there, never throwing for fewer than 3,000 yards or 24 touchdowns. 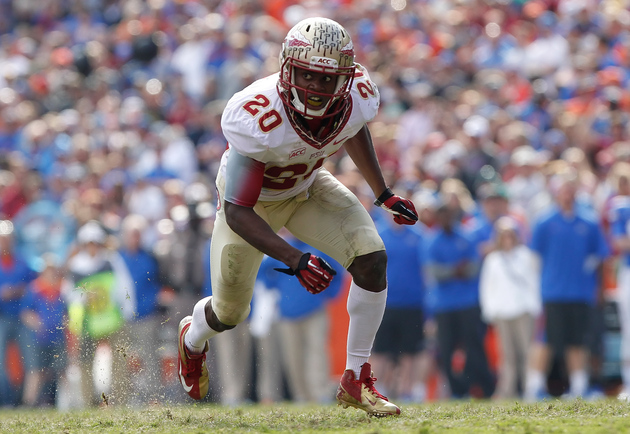 Consensus All-American as a cornerback, two-time All-ACC as a safety, former stud kick returner, the best player on a national championship defense ... and not a first-rounder? Kim Klement, USA Today

We hear the concerns about his size, and we see his fourth- or fifth-round projection at NFL.com. We just don't care.

Joyner spearheaded one of the nation's most dominant secondaries the last two years while playing a different position during each. Whether at the back end of the defense or out on its edges, the 5'8 Fort Lauderdale native has been nothing but a consistent game-changer.

Last season, he forced three fumbles and picked up five sacks as a corner ... numbers fairly reminiscent of one Tyrann Mathieu, no? And with the complete opposite of character concerns.

Like Murray, Shaw deserves quite a bit more recognition. And though he doesn't have some of the statistical prowess that others were able to put together, he did win and win and win, leaving Columbia with 35 victories under his belt. Beyond that, Shaw demonstrated consistently strong ball security and consistency, throwing only one interception among his 284 passes last year.

Combine that with his leadership and toughness -- regularly battling through injury to continue playing, while rushing for 400 or more yards three years in a row -- and you have a player college football fans would take, without question.

De'Anthony Thomas, Oregon: No. 13 running back

An injury-plagued 2013 season made Thomas a bit less visible than he was in recent years, but make no mistake -- the threat he presents is too large and too alluring to pass up, no matter his Combine 40 time. Whether by punt return, reception, or rush, the numbers are hard to argue with: DAT scored a touchdown once every 9.67 touches at Oregon.

And he has a first-round personality. Now can someone please find him an agent?

For simplicity's sake, we'll lump these experienced, middle linebacker captains of Rose Bowl teams together. Both highly intelligent and productive defensive cornerstones, Bullough and Skov would be fine building blocks on the Guys College Football Fans Would Draft team, having amassed three first team all-conference selections between them.

All of the fullbacks 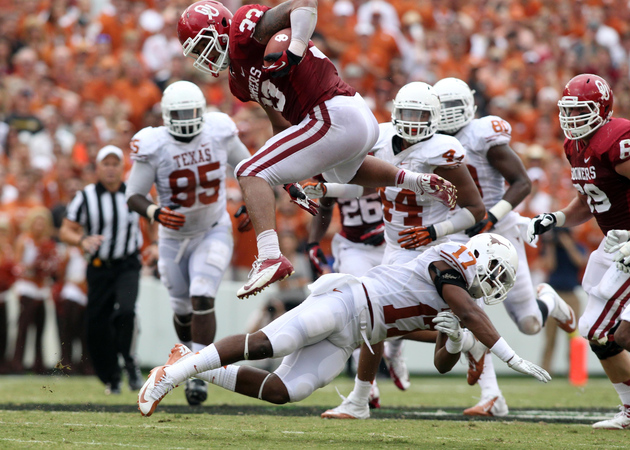 Fullbacks do the hard-nosed dirty work and rarely receive glory, but that doesn't mean they don't deserve any love. Whether it's Auburn's Jay Prosch leading the way for Tre Mason and his trip to the Heisman ceremony, LSU's J.C. Copeland bulldozing linebackers for Jeremy Hill, or Trey Millard's all-around excellence at Oklahoma, all of them have earned a roster spot in our hearts.

Sam does not earn his way onto this list because of his sexuality. The SEC Co-Defensive Player of the Year earns his way onto it by virtue of impressive on-field results, his one outstanding pass rush move, and an undervalued motor. A player who ranks in the top 10 nationally for sacks and tackles for loss does not deserve to be ignored, especially when he does it against the highest level of competition college football has to offer.

The leadership, poise, and character he demonstrated over the past calendar year? Bonus.

Unlike many of the candidates on this list, Van Noy already has a fairly high draft stock, and there are some projections that have him creeping near the first round.

But that doesn't seem quite high enough, considering that the Cougar alum was one of the most feared playmakers in college football each of the last two seasons, with touchdowns, blocked kicks, big hits, stuffed box scores, and 39 tackles for loss. 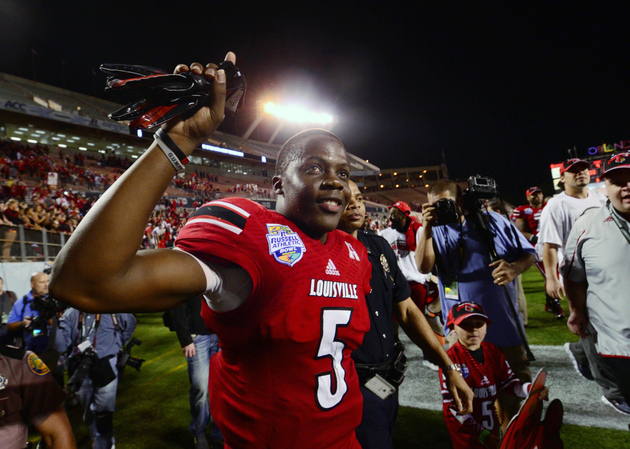 Yep, No. 1 is right around where we'd draft Teddy. David Manning, USA Today

We don't get to count Mocking the Draft's top-rated quarterback? Oh, but we do, since evidently many people disagree with MTD:

I just spoke with a real live NFL personnel guy whose team has a 4th round grade on Teddy Bridgewater. I may or may not have hung up on him.

An allegedly horrible pro day -- whatever that means -- and less-than-ideal size won't change our minds on Bridgewater, who has been the victim of overanalysis throughout the Draft process. The victories, the statistics, the field intelligence and the all-around brilliance he has demonstrated throughout his career far outweigh those small flaws.

In case you need a refresher: he can ball.

Who's this year's Russell Wilson? And which guy are you staying clear of, no matter how many times your TV tells you he's a star?