Eastern Michigan hardly ever enters the college football spotlight. But the Eagles have a plan to change that this year — color their field ... gray?

They won't be the first team with a colored field. Boise State's turf is blue. Eastern Washington's is red. At one point, both fields were even on TV at the same time:

Gray isn't even one of EMU's official colors! And even if it was — they do wear it sometimes — it's still a terrible color for a field. FWIW, the Eagles' primary color is green, which strikes me as an awesome color for football turf.

Our artist's rendering of what it could look like in action: 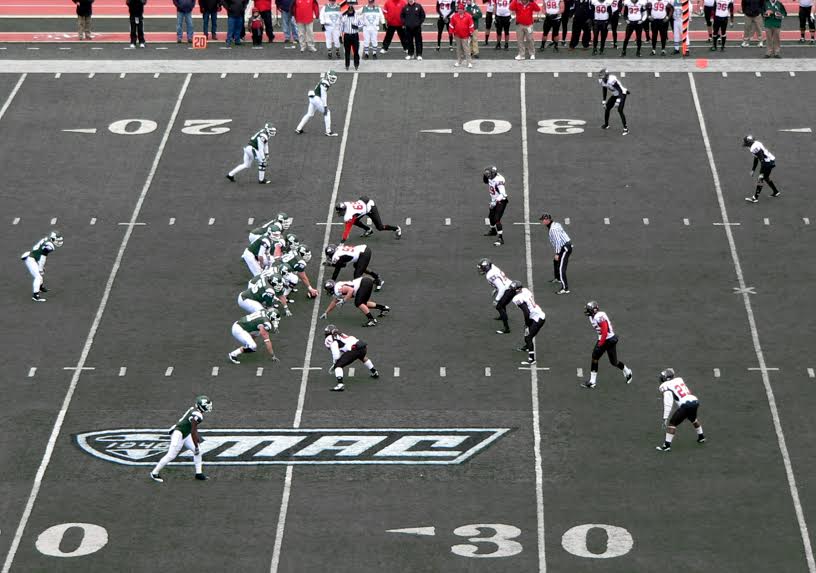 As for what could be better than gray turf, Hustle Belt has some recommendations.