In the span of two minutes, NCAA president Mark Emmert testified Thursday that (a.) using players for commercial purposes is against the organization's rules and that  (b.) players being constantly adorned with and surrounded by commercial logos does not break those rules.

He did say he's uncomfortable with the way institutions and sponsors approached the rule in a few specific examples. 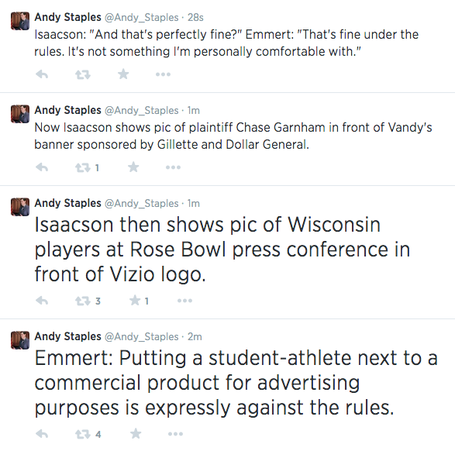 The NCAA has argued that the likenesses of college football and basketball players aren't worth much, despite television contracts and Electronic Arts saying otherwise. The O'Bannon plaintiffs continue to show examples of corporations looking to associate themselves with current (and immediately departed) players.