Your one-stop NCAA vs. O'Bannon trial primer: What to know for June 9

The biggest legal battle in college sports history is just days away. Let's get you all caught up.

Share All sharing options for: Your one-stop NCAA vs. O'Bannon trial primer: What to know for June 9

Since being filed in 2009 by former UCLA basketball player Ed O'Bannon, the NCAA v. O'Bannon case has taken many different forms, but as it stands, it will go to trial on June 9 in an attempt to deliver a major blow to the NCAA's concept of amateurism. Click a section to learn more about each of the case's major factors.

What is the O'Bannon case about?

The O'Bannon case is a class-action antitrust lawsuit seeking an injunction. It claims the NCAA has violated antitrust law by not allowing athletes to receive money from their likeness, particularly in television deals. You'll hear three of those words a lot: antitrust, injunction, and likeness. Here's what they all mean in terms of this case.

The O'Bannon suit is basically a lawsuit against the NCAA that challenges its right to sell broadcasts without paying players anything. If the O'Bannon plaintiffs succeed in getting an injunction, then the NCAA will be forced to pay the players some sort of broadcast rights.

However, the case hasn't always taken this form. Initially, the O'Bannon plaintiffs were seeking damages and an injunction, but the damages portion was not certified by Judge Claudia Wilken, meaning the NCAA won't have to pay past players for the use of their likeness. The plaintiffs were going to receive individual damages, but they decided not to, so they could have a bench trial decided by Wilken instead of a jury trial.

How do video games play into the lawsuit?

In 2010, the O'Bannon suit was combined with a lawsuit filed by former Arizona State and Nebraska quarterback Sam Keller, who sued Electronic Arts, the Collegiate Licensing Company, and the NCAA. However, EA and the CLC settled with the plaintiffs last September for $40 million, effectively taking them out of the case. EA also announced that it would stop making college sports video games.

Video games will still play a part in the case. Wilken denied an NCAA motion to not allow documents from that case to be used during the O'Bannon trial. That's bad news for the NCAA, since evidence has shown that the organization knew players in the video games were based on current players, despite claiming otherwise. 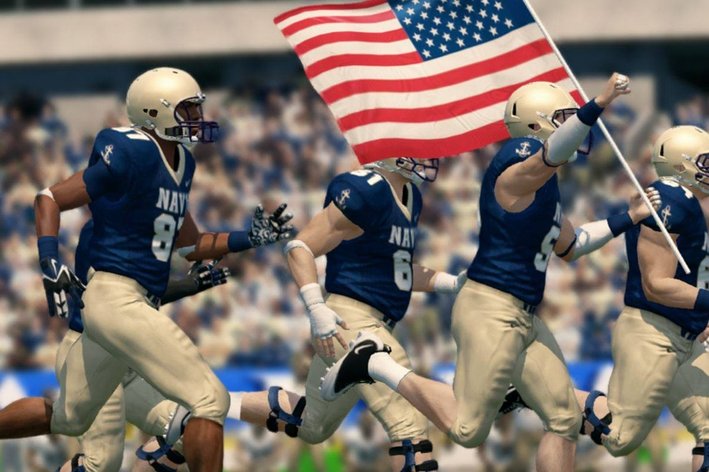 EA Sports modeled players in its games on real-life athletes, with the NCAA's knowledge and without compensation.

What has already been decided?

Judge Wilken has already ruled on a few points that cannot be used at trial. Among the three biggest, two were big losses for the NCAA.

What does the NCAA need to prove?

Wilken's dismissal of the non-revenue sports argument shows that the NCAA can't argue that it needs to continue to appropriate money the way it currently does. It's clear the NCAA has the money to pay players if it wanted to, even though it says that would hurt the universities' purpose of educating students. Now it meets its ultimate test: show why paying players hurts its mission.

The NCAA has lived off of rhetoric for decades, because it could. At the beginning of the case, the organization did the same thing, touting maintenance of amateurism as a reason to not change the system. But Wilken has dismissed that notion, saying amateurism won't be a "useful word" during the trial, because an organization can't make up its own rule and claim to be bound by that rule.

Wilken summed it up best in a pre-trial hearing when she placed the burden on the NCAA to explain how its policy against paying players "actually contributes to the integration of education and athletics."

That's a tough task, but that's what it will take for the NCAA to get out of this lawsuit without paying a cent.

What do the O'Bannon plaintiffs need to prove?

O'Bannon plaintiffs will look to prove why the amateurism policy is unfair and point out how much money the NCAA makes as a result of the players. Expect mentions of the following:

The O'Bannon plaintiffs have to prove that athletes are entitled to broadcast revenue and that the NCAA's gaming of the market has led to them being denied what they're actually worth. To do that, expect them to show a lot of numbers about the business of college sports and how sports are no longer co-curricular, like the NCAA still claims.

What happens if O'Bannon wins?

The simple answer is that the players will receive a cut of the television revenue, but the process is much more complicated. The NCAA, conferences, and schools all have lucrative rights deals, and the players would be given a portion of money from those pools.

It's impossible to say the sum, but the NCAA alone made over $700 million off of just television revenue in 2012-13, so it would certainly be substantial. The O'Bannon plaintiffs are asking for up to half of that revenue, but it won't necessarily get all of that appropriated to the players. The NCAA could potentially settle for a much more reasonable number and smaller changes to its rules, but it's indicated it isn't going to do that.

The plaintiffs are asking for group licensing for players. Rather than each player getting paid on his or her market worth, the players would split revenues evenly, like the media rights deals in the professional leagues. They would likely do so through some sort of union.

As far as the effects on college sports, there are wildly different perspectives. Some have said college sports would disappear, though that certainly won't happen, because successful industries don't just disappear. More likely, there would be changes to how non-revenue sports operate and a more open market for players.

What happens if the NCAA wins?

As you've probably figured out by now, it's not very likely the NCAA gets out of this scot-free. It has a very difficult case to prove that legally, players don't deserve any of the money that they generate. Its best hope is to give up as little as possible.

Still, even if the the NCAA does win and doesn't have to give up any of its television revenue, it has other lawsuits to worry about.

Perhaps the biggest is the Jeffrey Kessler lawsuit, which alleges that the NCAA and the five major conferences have engaged in price-fixing to cap athletes' compensation at the price of a scholarship. Kessler aims to create a free-market system, but it could also end with the creation of a collective bargaining agreement between the athletes and the NCAA.

There are others, too. For instance, former Florida football star Sharrif Floyd is among the plaintiffs who are looking to force the NCAA to allow full cost of attendance scholarships for football, men's basketball, and women's basketball players in all of the FBS conferences. Oh, and there's that pesky Keller video games trial coming up next March. 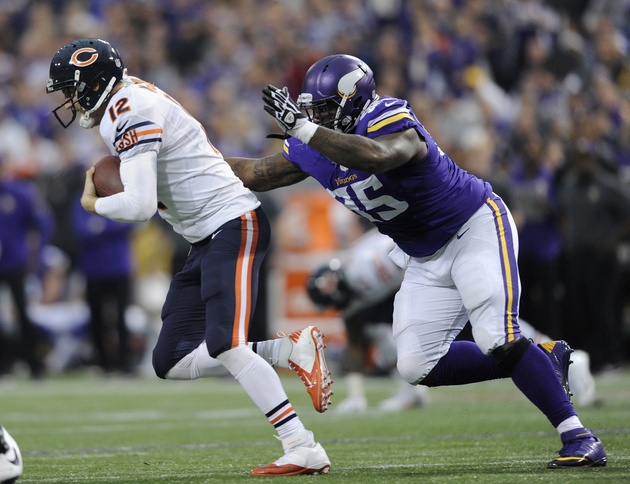 Minnesota Vikings defensive tackle Sharrif Floyd is one of several athletes waging legal battles against the NCAA. At Florida, Floyd was suspended by the NCAA in 2011 for receiving benefits from a man who went on to adopt him. Hannah Foslien, Getty

Both the NCAA and the O'Bannon plaintiffs have submitted their witness lists, and CBS Sports' Jon Solomon has a nice rundown. Here's a look at a few who could testify.

The testimony is predictable. The NCAA will parade a bunch of commissioners, presidents, and athletic directors who will say what they believe the goal of the NCAA is, even though the Northwestern unionization case taught us that is irrelevant in legal proceedings. The former NCAA director of corporate relationships will likely testify that NCAA revenue comes from the schools' platforms, not the players, which could be substantive if Wilken agrees.

The focus of the O'Bannon plaintiffs, meanwhile, will be to bring in economists to discuss how much money the NCAA makes and how the money is appropriated, along with getting testimony from former players on their college experiences.

You can also read up on our past coverage of the O'Bannon trial and the NCAA.