We figure 2015 high school prospects first became aware of sports and which teams were winning a lot in kindergarten or first grade, which would've been around 2003 for most.

Share All sharing options for: The 15 CFB teams with 100 wins since current recruits started paying attention 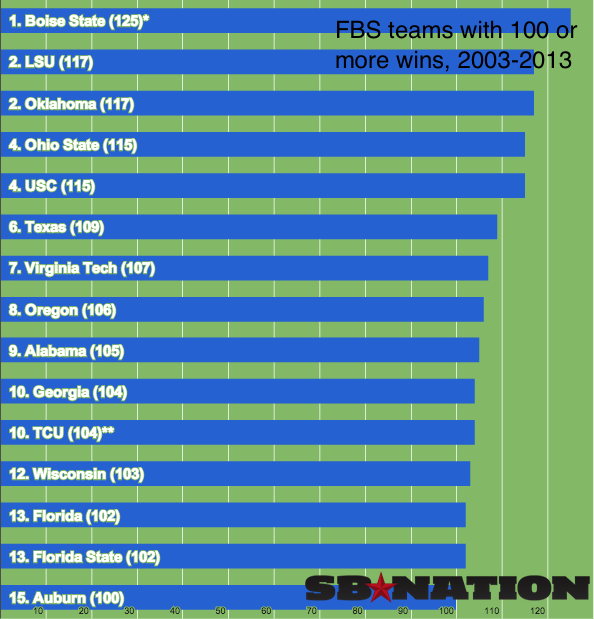 A few points of explanation: