If the Orange Bowl has the third team from the Big 8 on the seventh year and Notre Dame has at least 50 Catholic players, Oklahoma is playing in the Blockbuster Bowl!

Remember how excited the college football community was at the announcement of a simple, exciting four-team playoff?

An alliance of bowls will rotate hosting duties between the two national semifinal games. However, depending on which alliance bowls aren't hosting that season, individual requirements (particular tie-ins with conference champions or Notre Dame, for instance) make the selection process more than confusing. And Hancock's presentation, which included typing into a projector and a handful of errors and apologies, didn't help.

But it's actually simple enough for college football fans to grasp after a couple runs through.

Hancock used various scenarios based on recent seasons. For instance, here's the 2016 rotation of bowls and semifinals, using the actual rankings from the 2011 season: 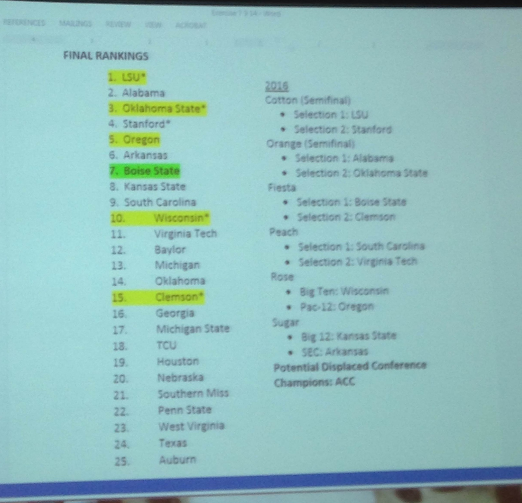 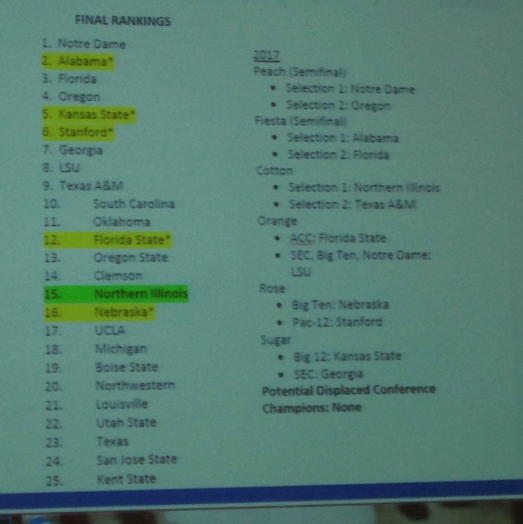 For an additional reference, our own Team Speed Kills ran through similar scenarios based on the 2014 season, and Bill Connelly broke down the Playoff foursomes for the entire BCS era.