Jameis Winston spoke at ACC Media Days, and the reigning Heisman winner said the free education he gets is worthy compensation for his services.

Everybody wanted to hear Jameis Winston speak at ACC Media Days, and pretty early on, he provided a sound bite that'll make some waves:

Jameis Winston asked abt college athletes being paid: "We're blessed to get a free education.. And that's enough for me." #fsu

Jameis Winston says the scholarship he gets is enough money for him.

Considering Winston won the Heisman Trophy and the national championship for Florida State and thus earned the school millions upon millions of dollars in exposure, ticket and merchandise sales, it wouldn't be crazy for the star QB to think he's worth a tad more than the price of tuition to his university. But if he feels that way, he isn't saying it out loud.

And yes, everybody on the Internet instantly made the same joke: 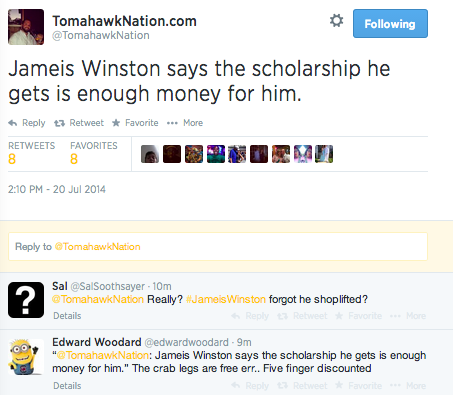 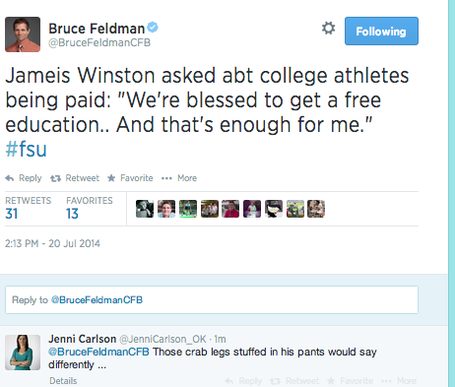 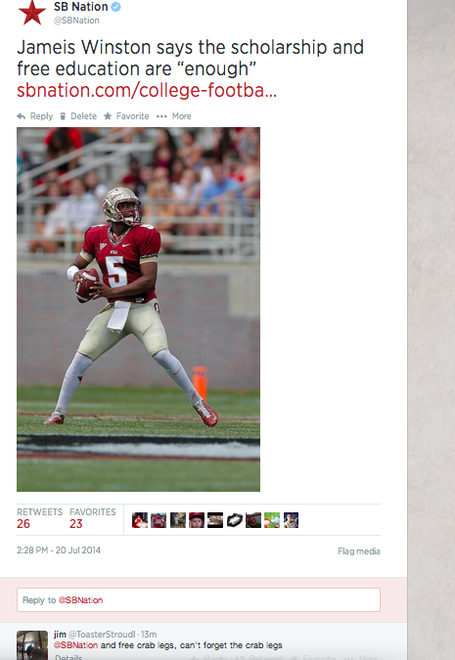 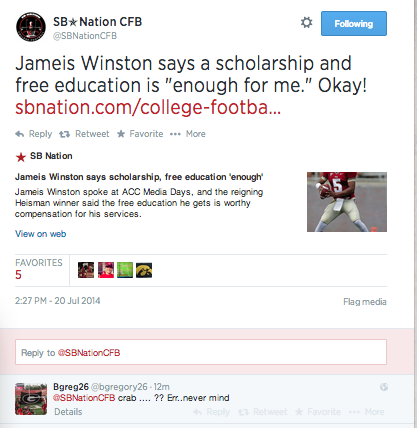 Yes, Jameis Winston stole some crab legs earlier this year. The official stance is that he just absentmindedly forgot to pay for them, not that he was so broke he couldn't pay for crab legs, but still, everybody made the same joke.