Fact: we're putting a $235 million stadium on the Brazos River that 44 million people are going to see a year that's gonna represent Baylor University for generations to come. We're one of the only schools in America to have a stadium on a river and on a major highway. Lot of people have beautiful stadiums, but you gotta drive to 'em. This one's in your face. That's a fact. -- Art Briles

Look at this thing. 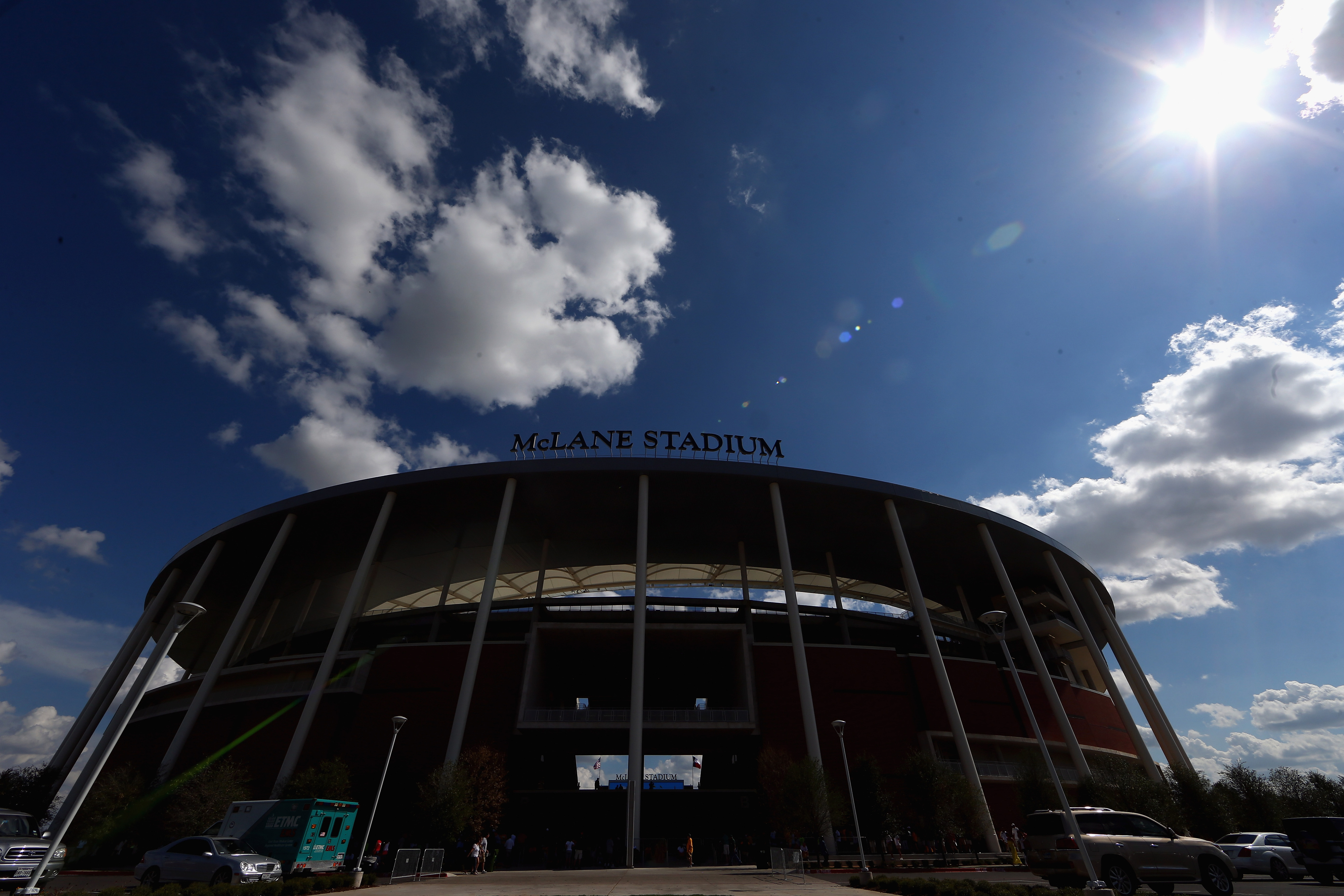 Whether or not the sailgating tradition along the Brazos River ever matches Washington's or the Vol Navy, this is about as gorgeous as a stadium can get. 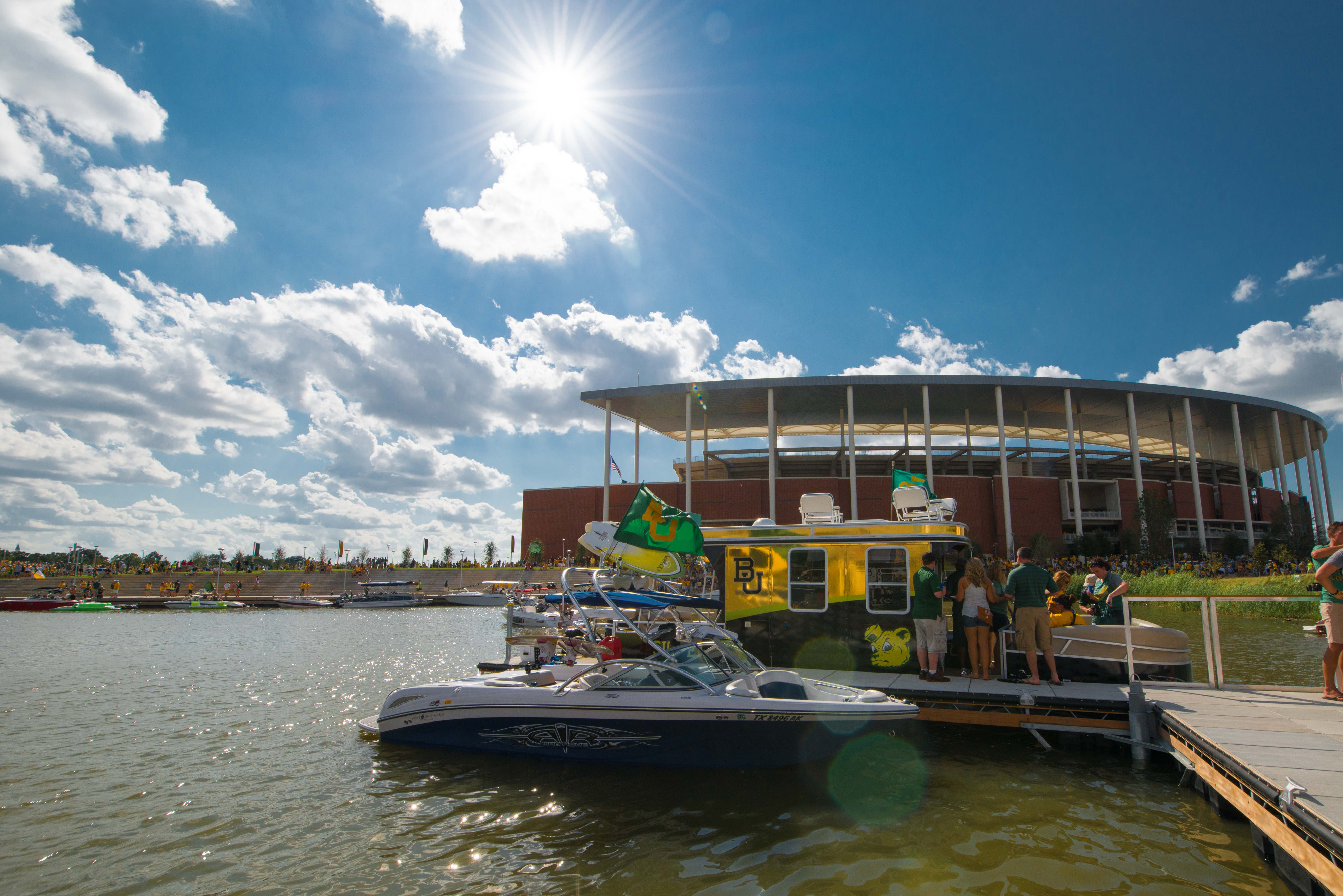 It's good for your physical fitness. 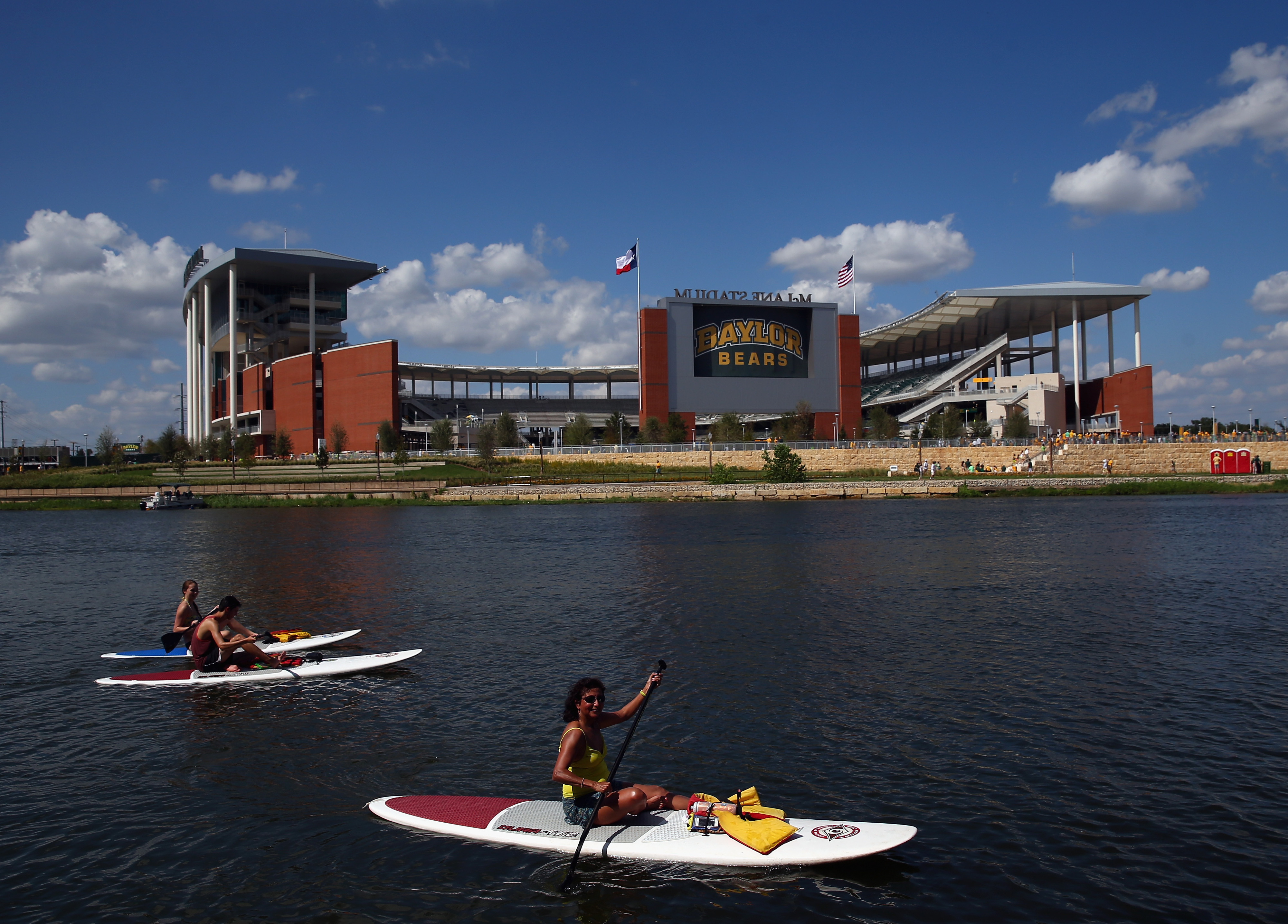 For more on the Baylor Bears

It's got a new statue of Robert Griffin III. 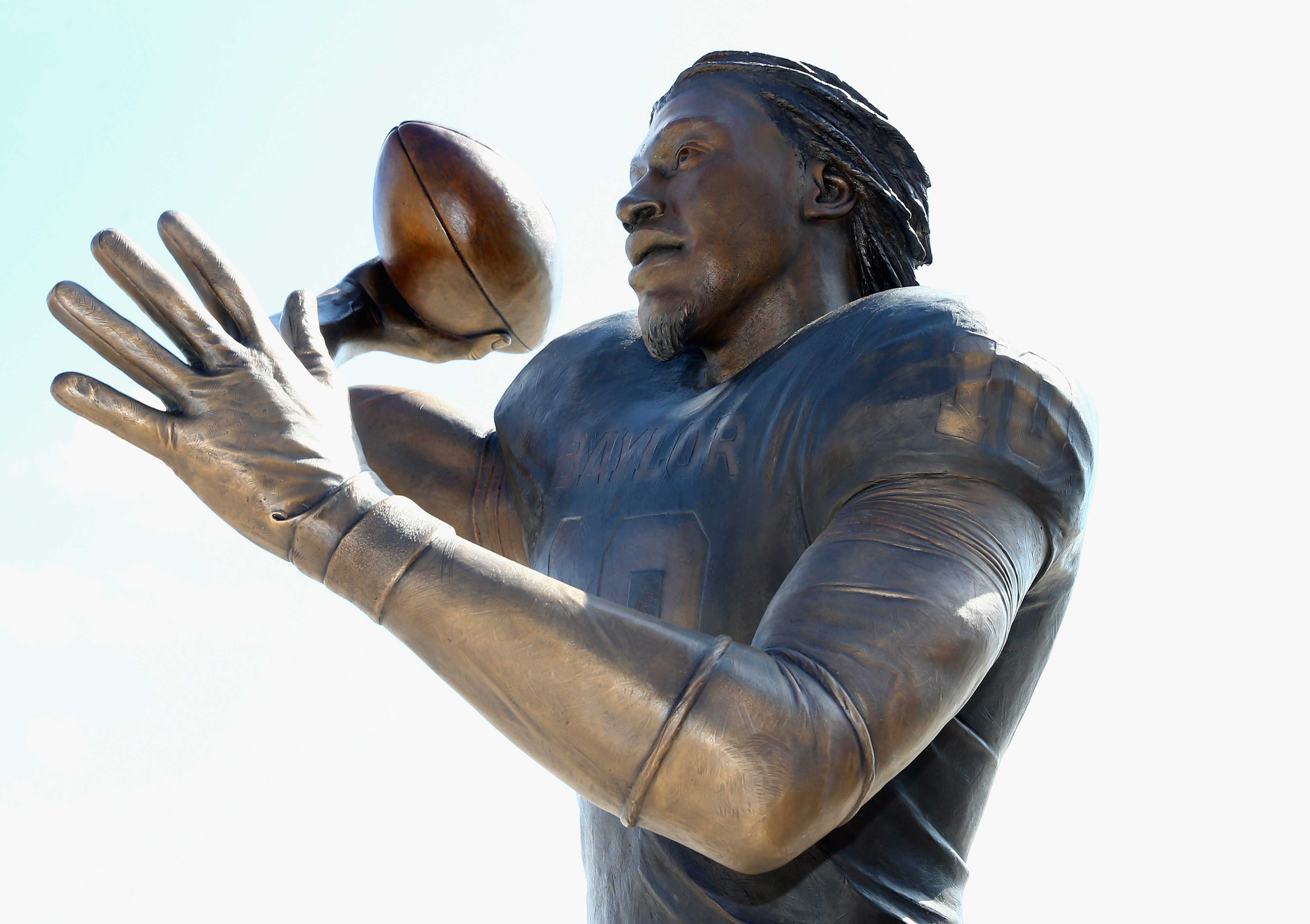 It's got Robert Griffin III himself. 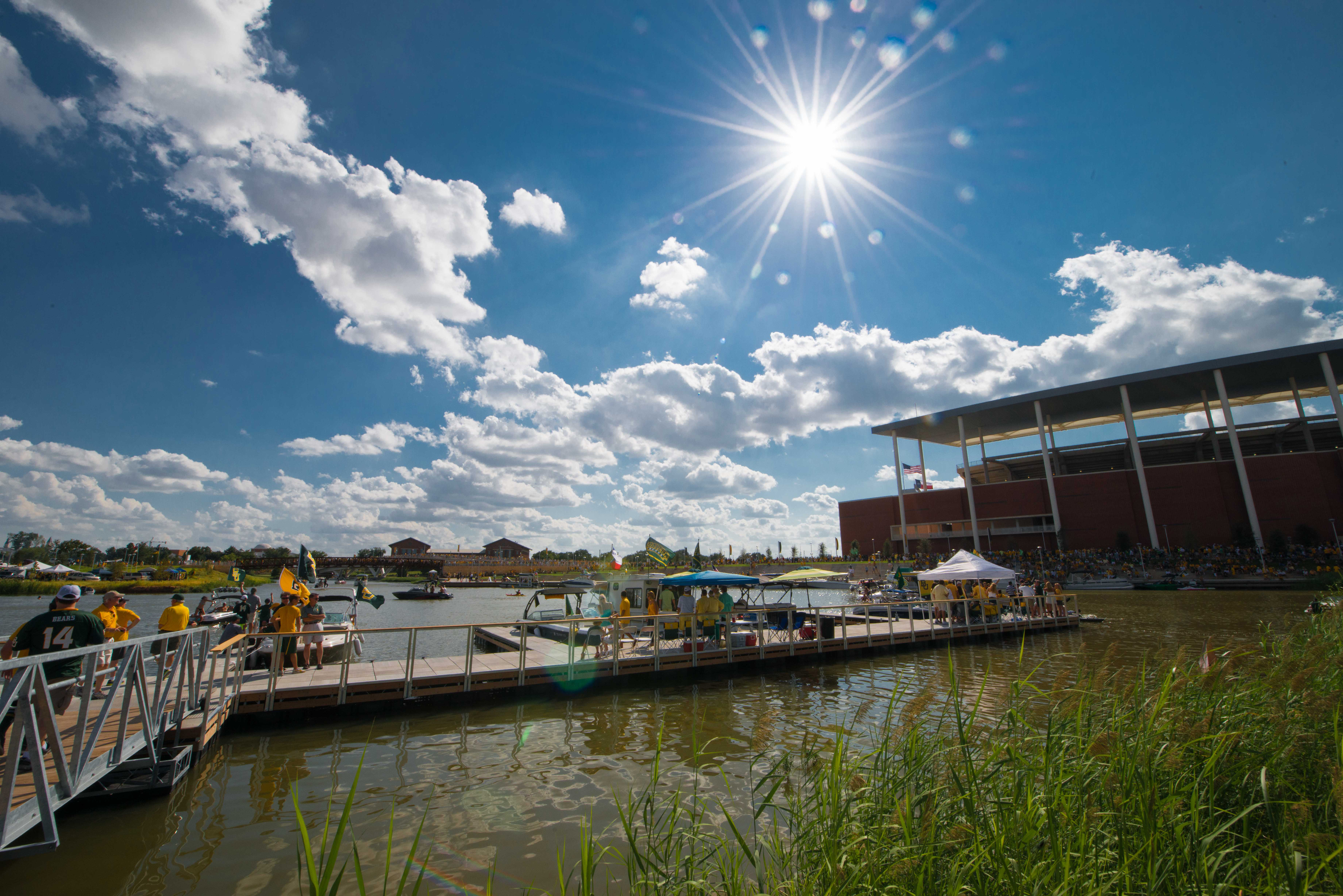 I don't know how, but it empowers people to fly. 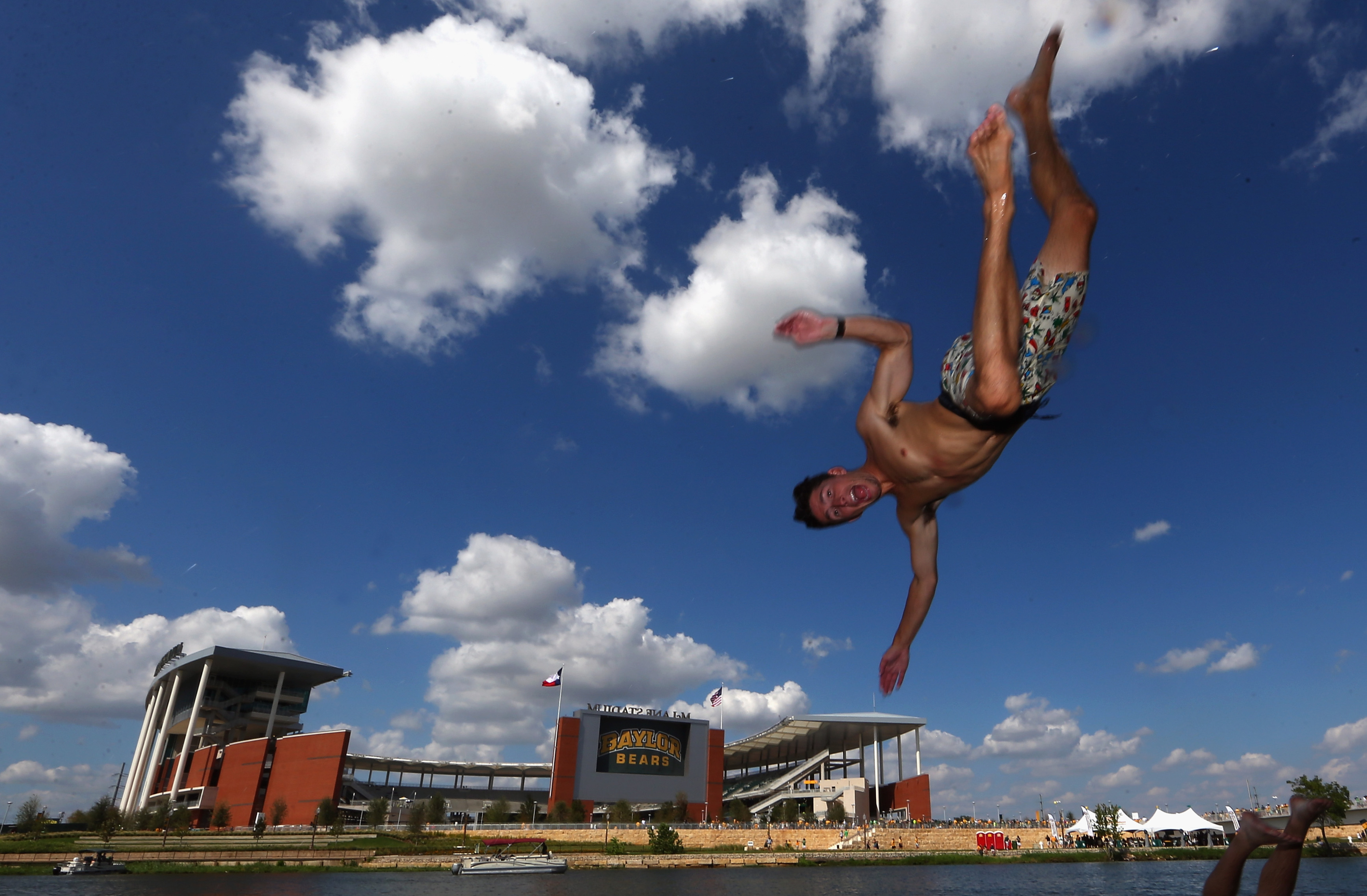 It looks even prettier at night.

Kinda unsure how you pay full attention to the game in front of you, but you do your best.