Everything you need to know about the Big Ten vs. SEC camps debate

This offseason's official controversy will continue, so here's your regularly updated tracker.

Share All sharing options for: Everything you need to know about the Big Ten vs. SEC camps debate

Satellite camps! They're all the rage this offseason.

At issue: power football programs from the Midwest and elsewhere are partnering with small schools in the South in order to establish recruiting presences in the SEC's and ACC's backyards. The latter two conferences forbid their own teams from using such distant camps and want a national NCAA rule that keeps anybody else from doing it as well.

These camps aren't exactly a new thing, and they aren't limited to Big Ten schools, but the Big Ten vs. South angle is the 2015 offseason's big debate thing. It stems in part from Penn State angering SEC coaches by camping with small Florida and Georgia schools last summer.

We'll keep talking about them, so here's just about every piece of news about satellite camps this offseason, and we'll continue to add more.

5/29: A couple non-power coaches weigh in with SB Nation, saying these camps are good for players and small schools.

5/13: Wake Forest's Dave Clawson becomes perhaps the first Southern coach to fully support the camps, indicating he'd like the ACC to get involved.

4/28: James Franklin speaks with SB Nation's Steven Godfrey about how the Nittany Lions plan to expand this summer. Franklin says, "I would not be serving Penn State the right way if I wasn't doing everything within the NCAA and Big Ten rules to give us a chance to be successful."

Meanwhile, Notre Dame athletic director Jack Swarbrick weighs in, being in favor of the camps.

4/26: Ohio State schedules a camp with Florida Atlantic, despite Urban Meyer's previous disfavor of the practice.

4/24: Harbaugh invites coaches from "Every College" to work at Michigan's camp, clearly aimed at the SEC and ACC coaches that complained. They will not be attending.

5/26: Every SEC head coach, from Steve Spurrier to Nick Saban, toes the party line at SEC meetings in Destin.

4/23: Don't expect the ACC to make a rule different from the SEC's any time soon, based on commissioner John Swofford's comments.

4/1: Michigan announces its summer tour, and Gus Malzahn is not a fan.

5/27: SEC schools might do their own camps in 2016 if they're not able to get them banned. SEC fans are pretty happy.

SEC ADs votes to drop restrictions on satellite camps In 2016 if the NCAA does not ban them. SEC will propose banning them nationally.

Les Miles on LSU doing satellite camps: "I promise you, all summer next year we'll be in all different locations." 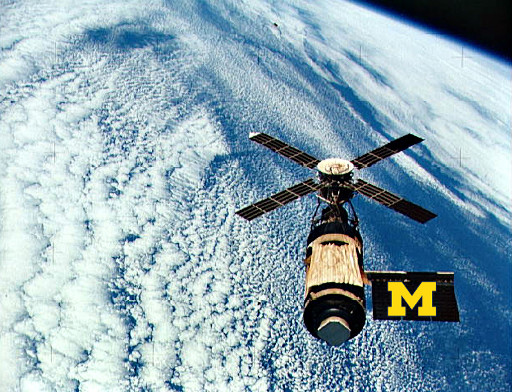