He scored all these touchdowns. We piled them up. All 51. Marvel at ‘em. 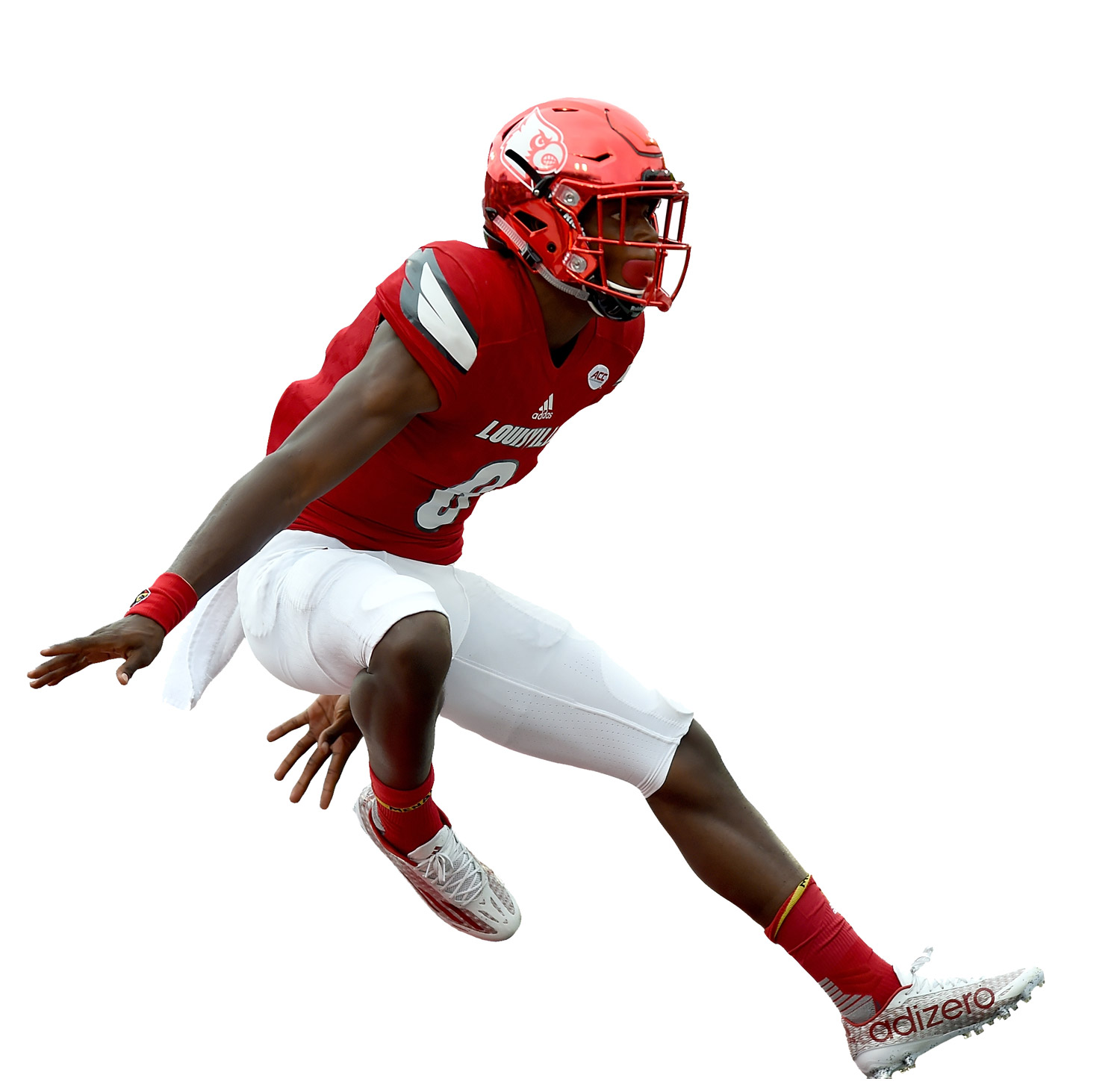 He scored all these touchdowns.

We piled them up.

Let’s start here by going to the ending. The first score of Lamar Jackson’s 2016 year will be a rushing TD. Lamar Jackson is a dual-threat quarterback who, after this opening TD, will rush for another 21 TDs in long-, middle-, and short-yardage situations. He will cover 1,538 yards running the ball alone in 2016, often juking defenders off their feet despite being 6’3, 205 pounds. He will carry the ball more than Nick Chubb of UGA, Saquon Barkley of Penn State, LJ Scott of Michigan State, or Royce Freeman of Oregon.

This is Jackson’s first rushing TD, and if he was evaluated on his rushing totals alone — i.e., if we just pretended Jackson was a running back — he would be ninth in the nation in yards per game, and tied for third in total TDs for the season. Jackson will average more yards per carry than Mark Ingram, Tim Tebow, or Derrick Henry in their Heisman seasons. He will outrush and outscore 2010 Cam Newton in every category — total TDs, yards per carry, and total yardage — on 30 fewer attempts.

If Jackson was a running back alone, he would be in consideration as one of the best backs in the country.

Lamar Jackson is a quarterback.

Oh, he didn’t play the second half of this game, and finished with eight TDs. Yes, this was against Charlotte, but try scoring eight TDs in a regulation half in a video game and you’ll get a good start towards measuring the blast radius Jackson is capable of leaving on a football field.

3:239-yard run (Yes: that run, after many fumbles and one actual long drive)

This is THAT run: the one Louisville puts on promotional material. The one you’ll see on the Heisman broadcast. The one that ran in a loop through your Twitter feed or on SportsCenter or on Facebook or whatever.

It is spectacular: Jackson, in the open field, hurdling Cordell Hudson of Syracuse. It needs some context, though. Correction: it gets a lot better when you remember the context.

This game aired on a Friday night, competing with nothing else. You probably weren’t going to watch Louisville-Syracuse on most Saturday nights. Syracuse felt like a 4-8 team with entertainment potential coming into the season, and it turned out to be very entertaining … and also 4-8 (with an upset of Virginia Tech).

However, on a Friday night you might just sack out in front of the TV and watch Louisville blow up Syracuse for a while. They did. Jackson threw a 72-yard bomb to James Quick to open the game, then followed it up one score later with a sidestepping, looping 72-yard run through the hapless Syracuse defense. It was spectacular, yes, but an anticipated kind of spectacular — like when you click play on a YouTube video entitled "Rhino versus tourist." They led 28-0 before this score, with the game well and expectedly in hand.

*Note: we have to talk about Lamar Jackson’s productivity in insane ways, like "No, no, I mean on the next touchdown that quarter."

The leap over Hudson, though? That’s just excessive. Flagrant. A grace note written in a thousand tiny little nahs. That’s the point where everyone watching realized they would watch this game, this meaningless early season game between two mismatched teams, until Louisville took Jackson out. Which it did, because Louisville a.) was leading, and didn’t want to risk him getting injured; and b.) decided Syracuse deserved only one half of that kind of work.

For the record: someone else later tried this on Hudson. Unfortunately for him, he was not Lamar Jackson.

Before you get to the score, please take a moment. Think of the defensive ends, safeties, and linebackers who had to deal with this all year long. The endless bootlegging and rollouts that actually meant something because the quarterback, in Louisville’s case, really could take off for 70 yards and a score, at any time. The designed QB runs, the plays where defenses lost a defender in coverage because someone — anyone — had to spy Jackson. The random moments of improvisation when Jackson, seeing nothing open downfield, decided to play hopscotch through your secondary.

In addition to all the other mean, confusing, but mostly NFL-standard plays in Bobby Petrino’s playbook, the Cardinals added the zone read last year to isolate defensive linemen who might think about crashing down too far into the backfield in pursuit of the ballcarrier.

You can defend this play. In fact, Florida State does a very good job of defending this goal-line zone read. The running back is met by a lineman, and three defenders all have eyes on him. In theory, they should close on the ball, and tackle the ballcarrier, and take this to another down.

Again: Nah. Jackson will lose you hogtied in a pig sty. Twice.

I know Marshall’s not good, but here Jackson notices his tight end Cole Hikutini in single coverage and just oh so open and —

— it’s right over the top and only where Hikutini could catch it. It’s pretty. I’m not trying to get you to believe Jackson is anything close to a finished project as a passer, I just want you to see something beautiful.

Two things from a loss to Clemson, which you may remember only as "a loss," and not as "Lamar Jackson almost singlehandedly brings Louisville back in a road game against a 2016 college football playoff team" …

One: That Jackson ended up passing for 3,390 yards and 30 TDs to 9 INTs — a huge leap over his production in 2015. That included booming deep passes off play-action, thrown into generous windows, but also a lot of the nibbling, dink/dunk short passes that get coaches cooing over proper reads and game management.

This is one. On 3rd and 7 with 1:56 to go in the third quarter and trailing 28-19, Louisville badly needs a first down. Clemson shows a blitz, then peels a lineman off into coverage at the snap. This is the zone blitz, some pretty standard NFL-level stuff, the pressure that killed the Run ‘n Shoot offense and often confuses college quarterbacks. It might have confused Jackson in 2015, actually.

Instead, Jackson recognizes it, and calmly and easily zips the ball out in the flat to his wideout Jaylen Smith for a huge first down. Tidy game management, a refusal to force things even in a big game, and recognition of coverage: all the sort of nice, respectable quarterback camp stuff that gets stiff NFL GMs excited.

Two: If this is too buttoned up for you, in the fourth quarter, Jackson drops back to pass, drifts left, and then lopes through the defense for a 15-yard first down that stops the clock in a late-game situation.

He also does the Walter Payton donkey kick/deadleg move at the end — so I must love him forever.

It’s on the road, and Louisville is down 25-24 to UVA. It happens. Clemson, in the same conference, came within a field goal of losing to NC State at home. Ohio State squeaked by Northwestern, 24-20, in Ohio Stadium. Washington only beat 3-9 Arizona, 28-21, and Alabama … let’s not talk about Alabama, or compare them to other college football teams right now. Let’s just not.

In 90 seconds, Louisville moves the ball 75 yards in eight plays for the winning score. Thirty-five of those yards come from Jackson running the ball, and 34 of them come through the air, including this 29-yarder for the game-winning touchdown with 13 seconds left. Apologies to UVA fans for this graphic image.

Surely, later in film study, UVA’s secondary coach will just mutter the Serenity Prayer and slowly crush his laser pointer to shards in his hand.

NOTE: Nothing to say … this is just a bloodbath.

Jackson was sacked 11 times in this game. I was there. At the snap, on almost every single pass play, Jackson started his reads with at least one of his guards flying ass-first into his legs. On run plays, especially the designed run plays, Jackson began them by stepping out of the way of one of his linemen, or nearly running into one.

This is Jackson, dropping back to pass with 11:03 left in the second quarter about a half second after the snap.

That rushing ball of grey and red anger is Ed Oliver, a freshman five-star recruit who had three tackles for loss, two sacks, three pass breakups, and a forced fumble in this game. He could not be blocked, so on this play the Louisville offensive line made the sane decision to simply not even try.

The summary: sometimes even the best offensive player in the country gets his ass kicked. If you want to say Jackson had a bad game, look at the Wake Forest game, his first truly and completely off game of the year. Against Houston, Jackson was just a passenger on this doomed vessel that ran headlong into the nation’s best defensive tackle and his very affectionate friends on defense whom only wanted to hug Jackson at high speed.

Jackson throws three interceptions in this game. He had to throw one: a pick at the end of the game, a Hail Mary that Kentucky didn’t just knock down because … well, because they were excited about beating a rival, and about their own quarterback Stephen Johnson throwing for 338 yards and three touchdowns in a victory over the Cardinals. Kentucky somehow went 7-5 this year and beat Louisville, and no matter how much time passes between this and whenever I reread this, it will never make sense to me.

There’s an underthrown ball intercepted by a defensive back on a go route. There’s also one deflection turned into an INT, which happens. Oh, and the lost fumble that becomes the winning Kentucky field goal. There are two unacceptable turnovers in here — albeit two turnovers made by a sophomore quarterback scrambling for much of the game under pressure and getting zero help from his defense (a defense that allowed 581 yards in this game and gave up 38, 42, and 36 points in Louisville’s three losses this year).

Otherwise, even in a loss, Jackson put up 452 yards of Louisville’s 561 yards of offense, and four of their five touchdowns, and what … what? What do you want out of one player? What more do you ask of one player? What the hell do you want? Only Pat Mahomes had more total yards this season, and Pat Mahomes has been losing 95-91 games in the Big 12 where he throws the ball 70 times because he has to just to keep his team within striking distance of the opponent. (Only one part of that sentence is an exaggeration.)

Only Mahomes has accounted for more total touchdowns than Jackson, who had 51 in all between passing and rushing, and that’s without playing a conference championship game. If he goes off in the bowl game, Jackson could equal Marcus Mariota’s 57 mark from Oregon’s 2014 season. And even without that, this is a top-20 performance all-time in terms of offensive production.

Jackson is not even remotely the product of a system. He is not a fluke firing his way through the weak defenses of a non-Power Five conference. He is not even close to a fully developed football player at this point in his career. Yet statistically and in terms of pure shock and awe, Jackson is the best offensive player in college football. If the numbers don’t do it — and they should by themselves — then believe your eyes. 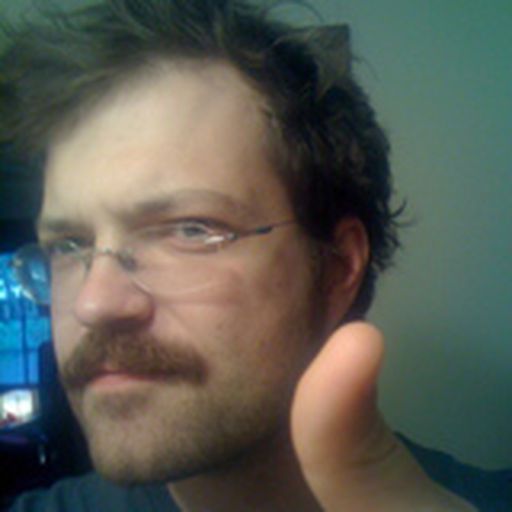 Spencer Hall is the editor of EDSBS.com and a contributor to SBNation.com. He focuses on college football and participatory pieces involving trying new sports. He does not excel in the latter and is trying really hard in the former. He lives in Atlanta, Georgia with a big dog and a gun.