Every FBS team started with land, and every week winners take more and more.

Welcome to Week 9 of the 2018 College Football Empires Map. There is also a different version of the map at the bottom of this post, which began in 2017. Here are the rules:

Wazzu and Purdue are the world’s greatest teams, except UCF 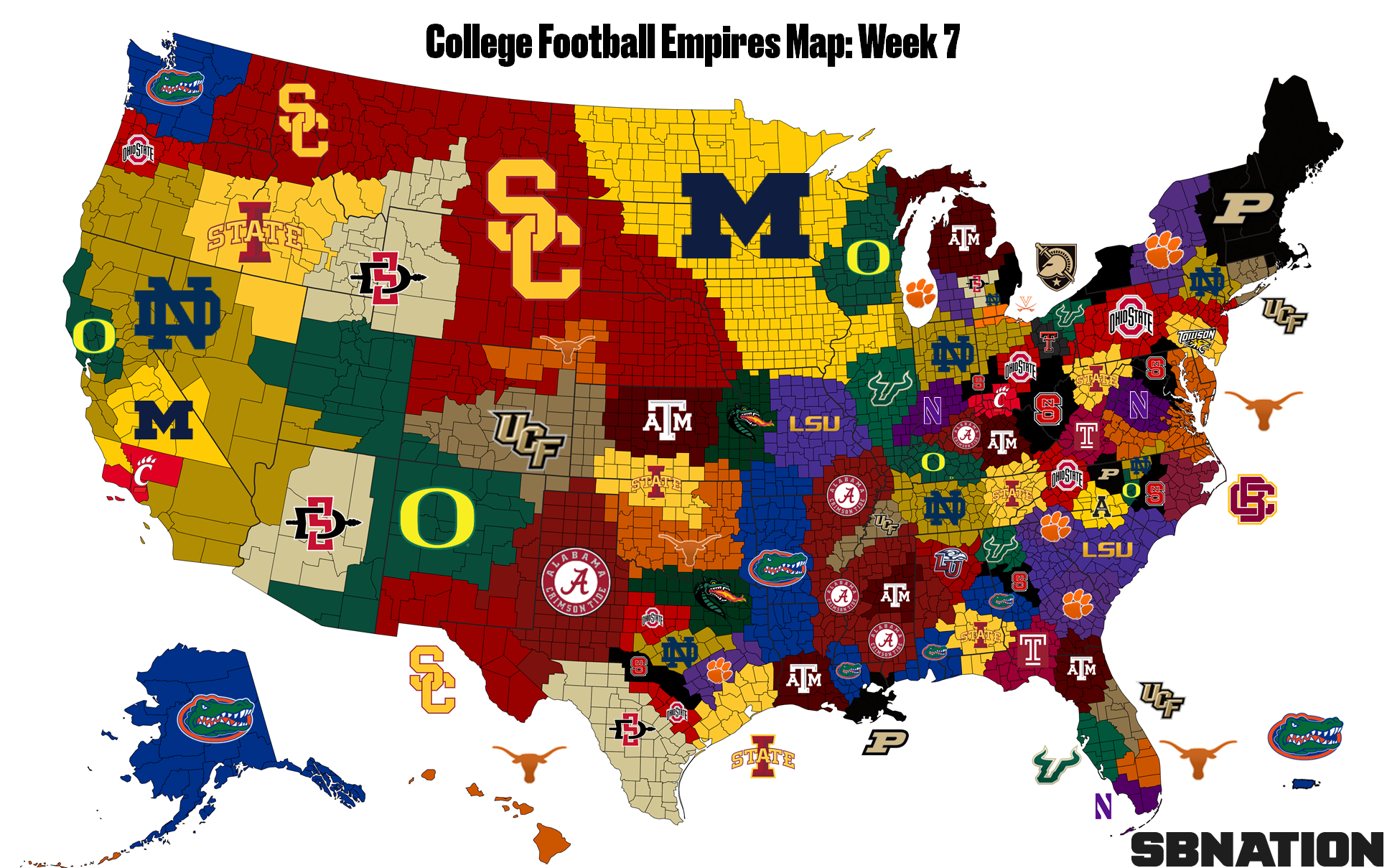 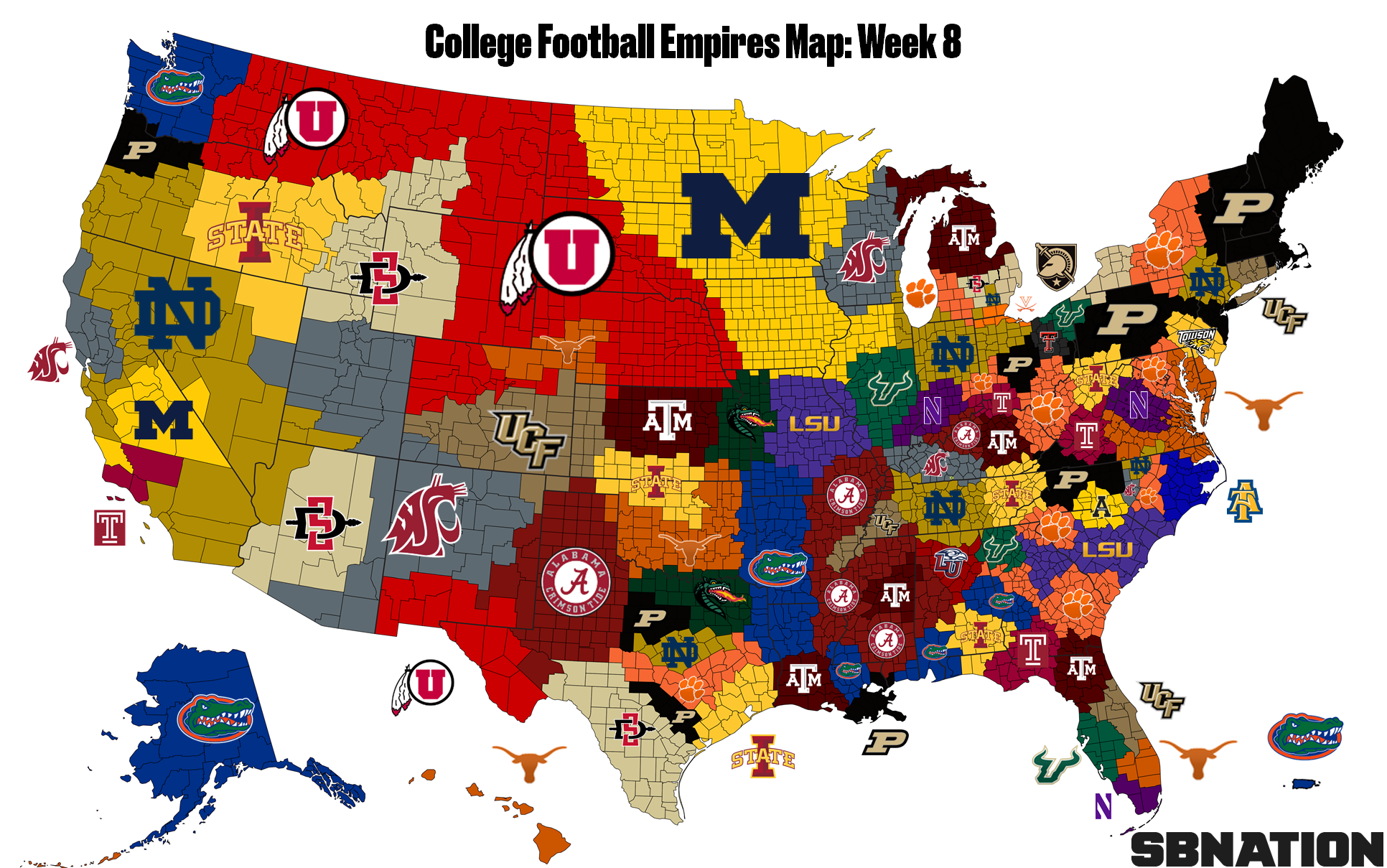 We’re also tracking a Historic version of the map, which started in 2017 and carried over into 2018. On that one, Purdue now controls almost everything.

Elsewhere on the Historic map: