The rules: Every FBS team started with land, and every week winners take more and more. We’ve kept track all year long.

Welcome to Week 12 of the 2018 College Football Empires Map. Here are the rules: 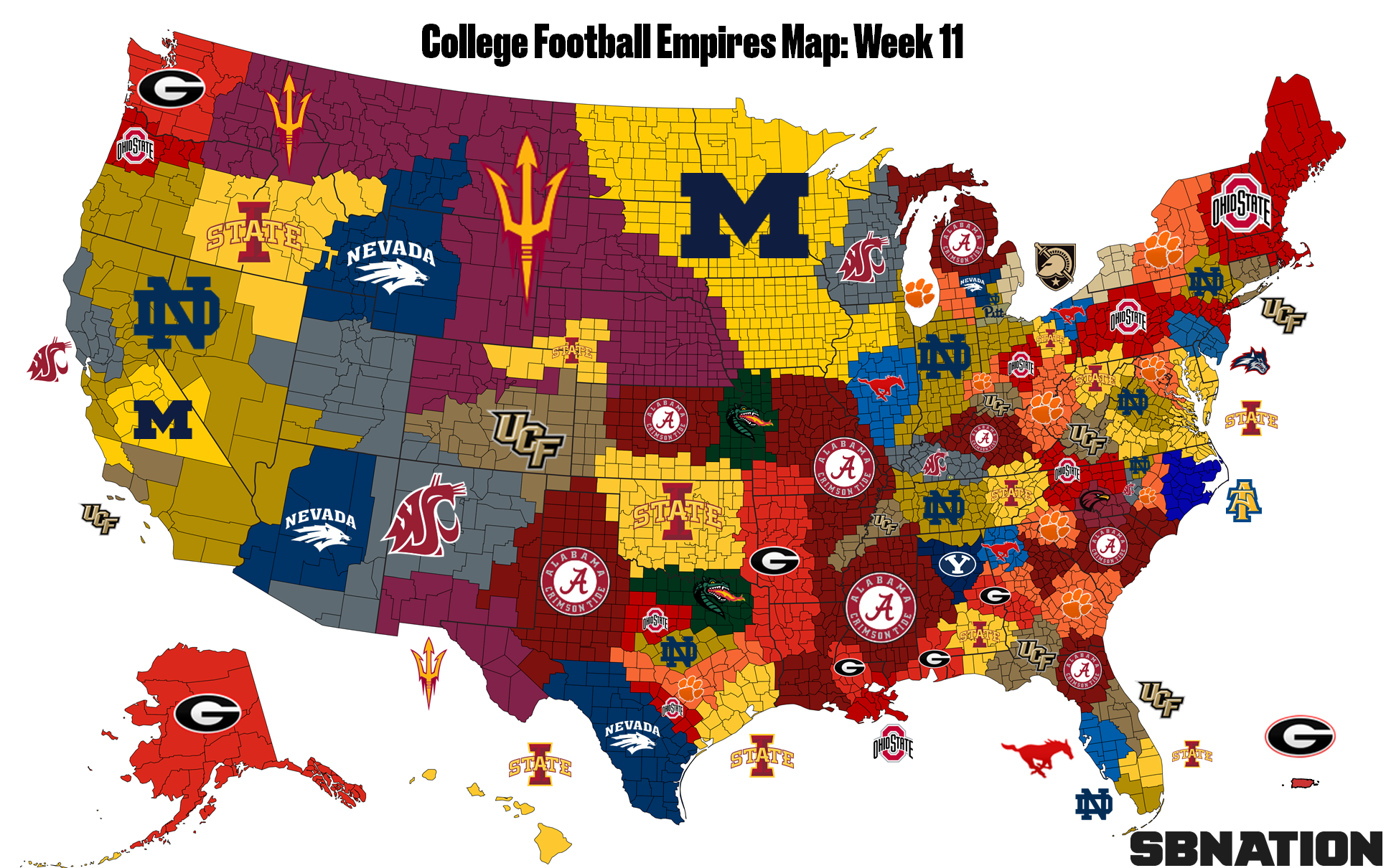 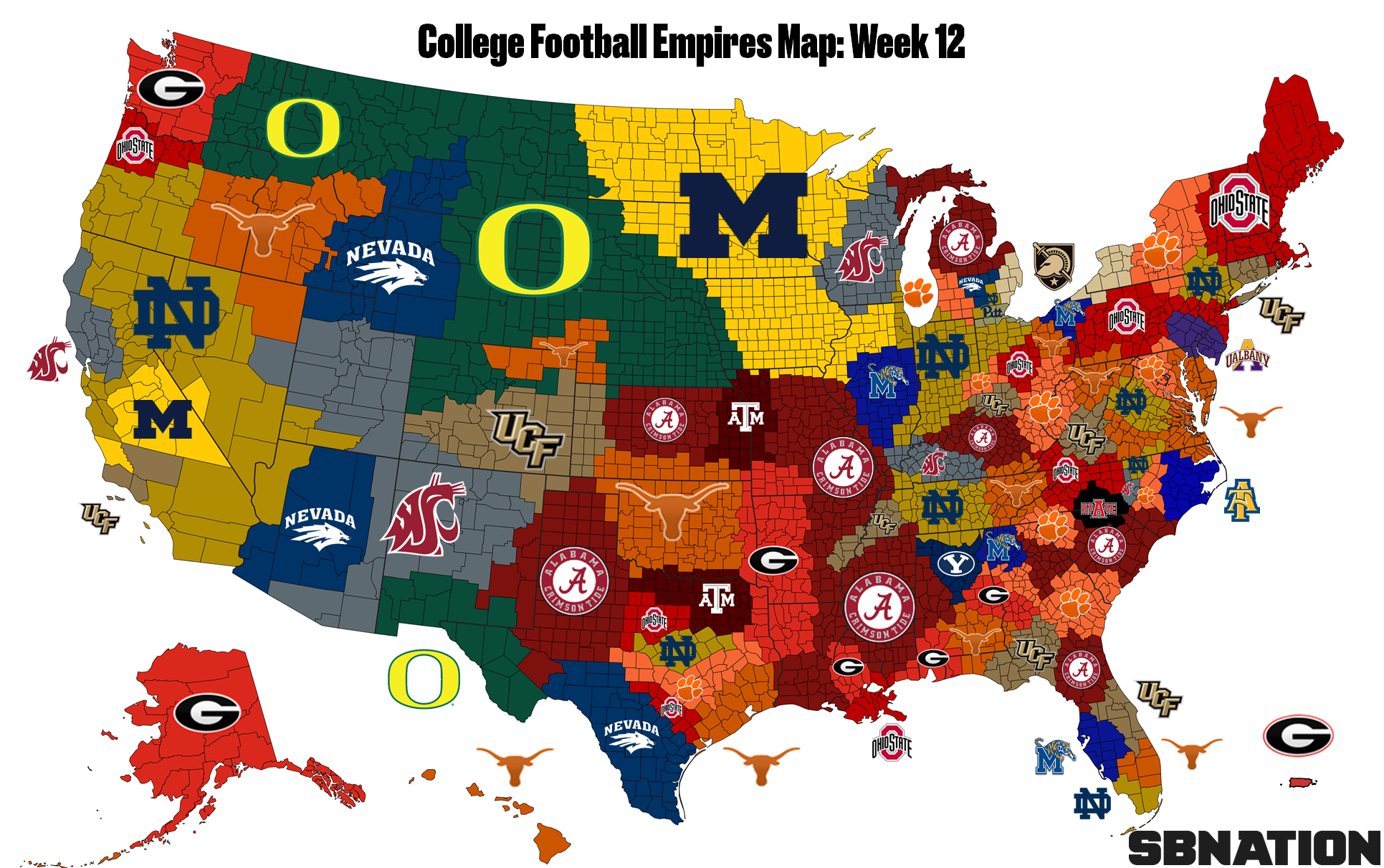 The whole season to this point:

I’m also keeping track of a separate map that began in 2017.

It’s possible we have only three teams left on the Historical Map at the end of year two. In order for this to happen we need some chaos, but not too much.