College football’s Week 2 is pretty light. Some games would be way better as mascot fights!

Share All sharing options for: College football’s Week 2 is pretty light. Some games would be way better as mascot fights!

This week’s slate of college football games is, well, very underwhelming — in all, there’s just two ranked vs. ranked matchup, in Stanford-USC and Georgia-South Carolina.

So to make the rest of these little games interesting, I decided to group them by intriguing matchups, as if they were just a mascot vs. mascot battle royale.

William & Mary Tribe vs. Virginia Tech Hokies: The Tribe’s mascot is a griffin — I didn’t know what a griffin initially was, so I Googled to find out. Folks, it’s a dang mythical creature that has an eagle’s head with a lion’s body! 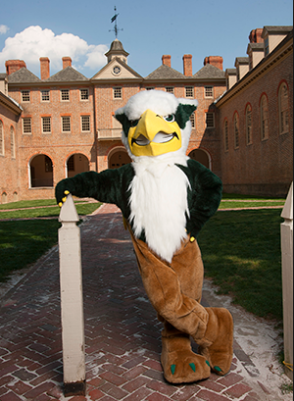 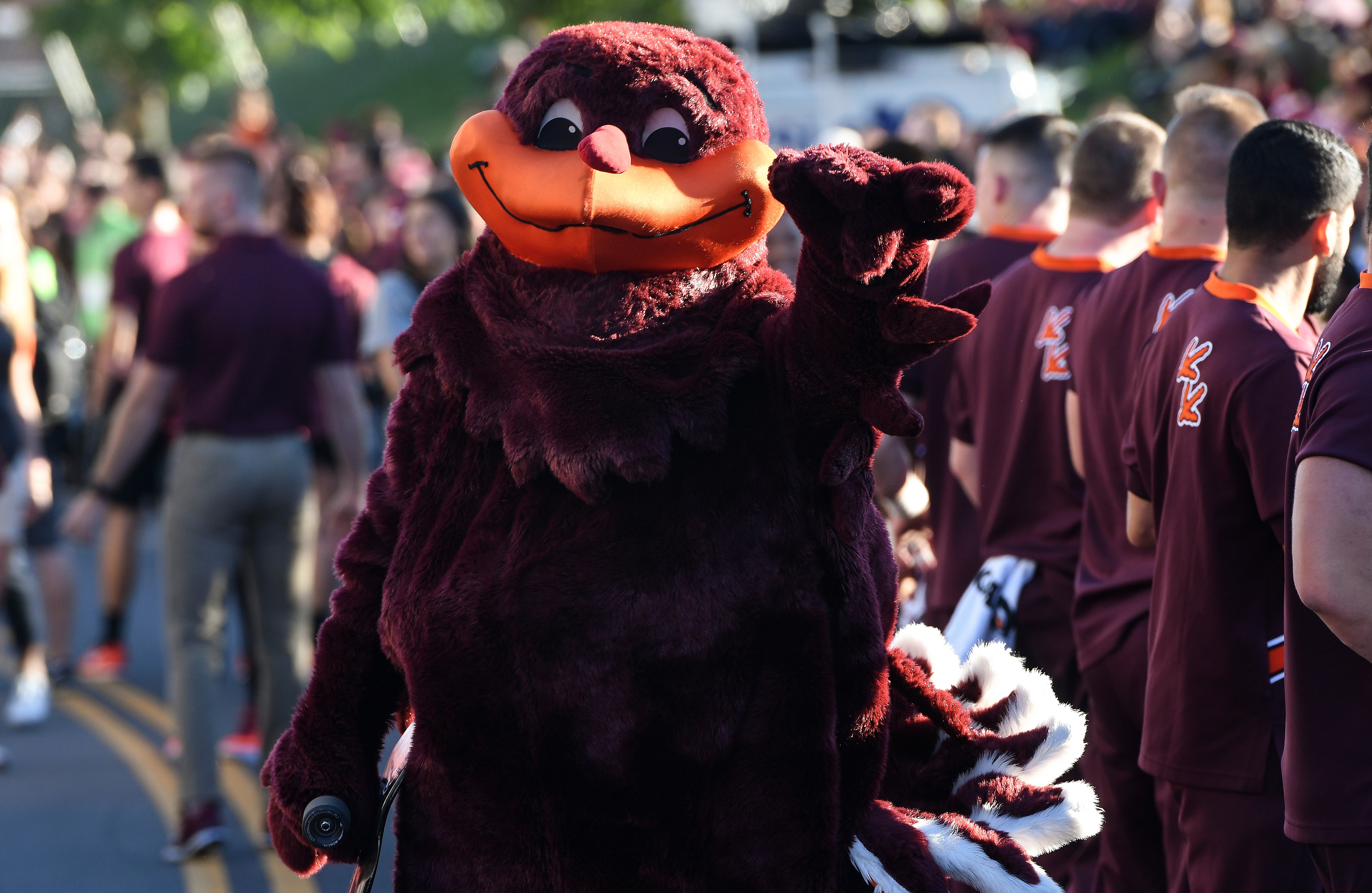 Yeah, this matching up with a Hokie, a turkey that “conveys power and strength,” per VT. Personally I prefer Urban Dictionary’s definition, an “ass-kicking chicken.”

App State’s Mountaineer mascot is essentially the same concept, but with a longer beard and a flannel shirt:

Would be a pretty solid battle, IMO.

Southeastern Louisiana Lions vs. LSU Tigers: I’m not sure which would have the advantage, but according to The Huffington Post, a tiger has the advantage.

Texas Southern Tigers vs. Texas State Bobcats: Two cats go at it! I’m guessing the advantage would go to the tiger, based on size and speed.

UNC Tar Heels vs. East Carolina Pirates: For whatever reason I thought a Tar Heel was more than just a North Carolina resident, but turns out I’m wrong on that. A pirate could definitely win in a matchup against a North Carolinian.

New Mexico State Aggies vs. Utah State Aggies: It might seem these two programs would have the same mascot, but Utah State’s got a big ole’ blue mascot on the sidelines for its games.

I’m taking a bull over this NMSU dude:

UTEP Miners vs. UNLV Rebels: These two guys both wear hats and they’re western as hell — the one advantage I would give UTEP is that he has this giant pickaxe: 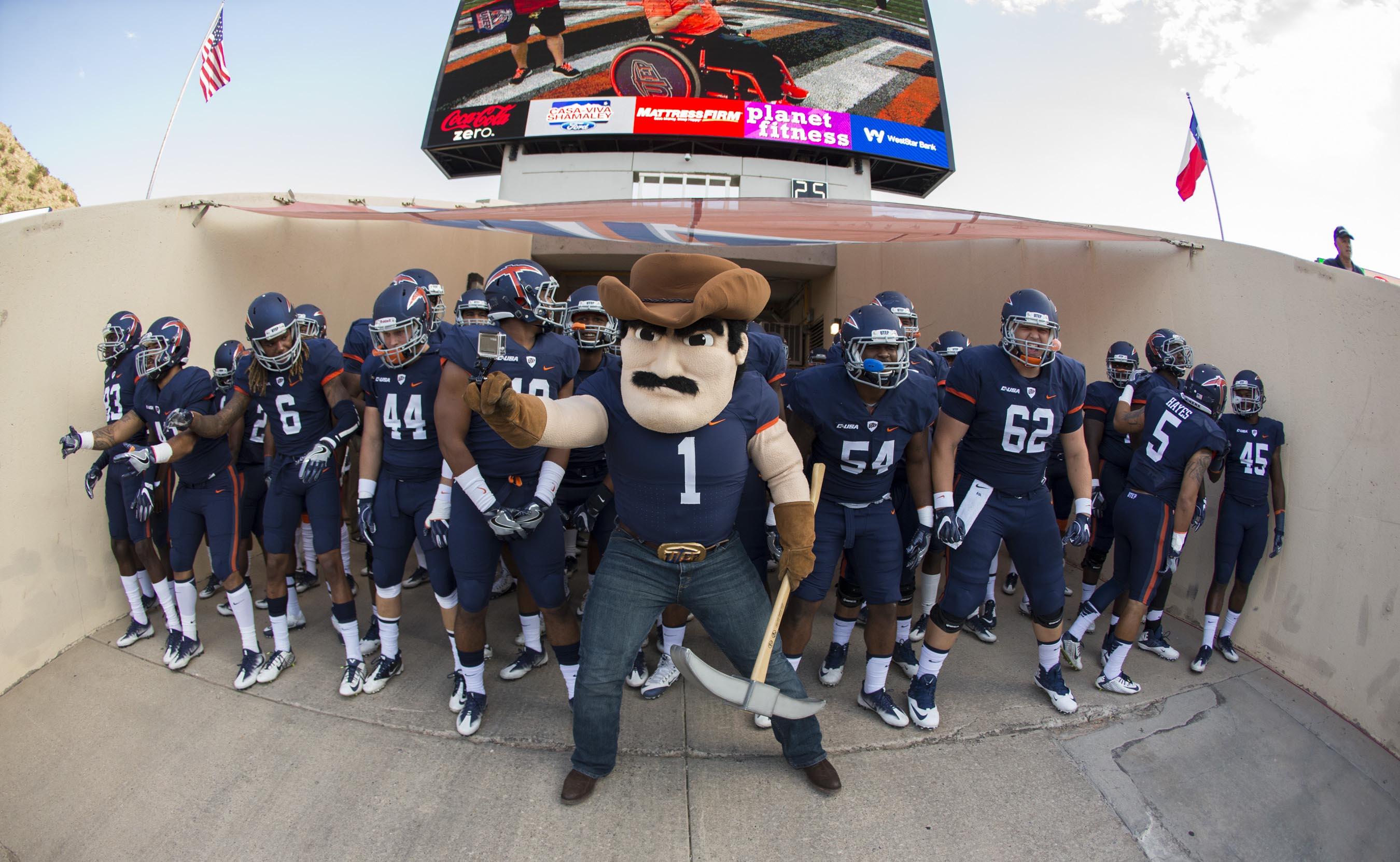 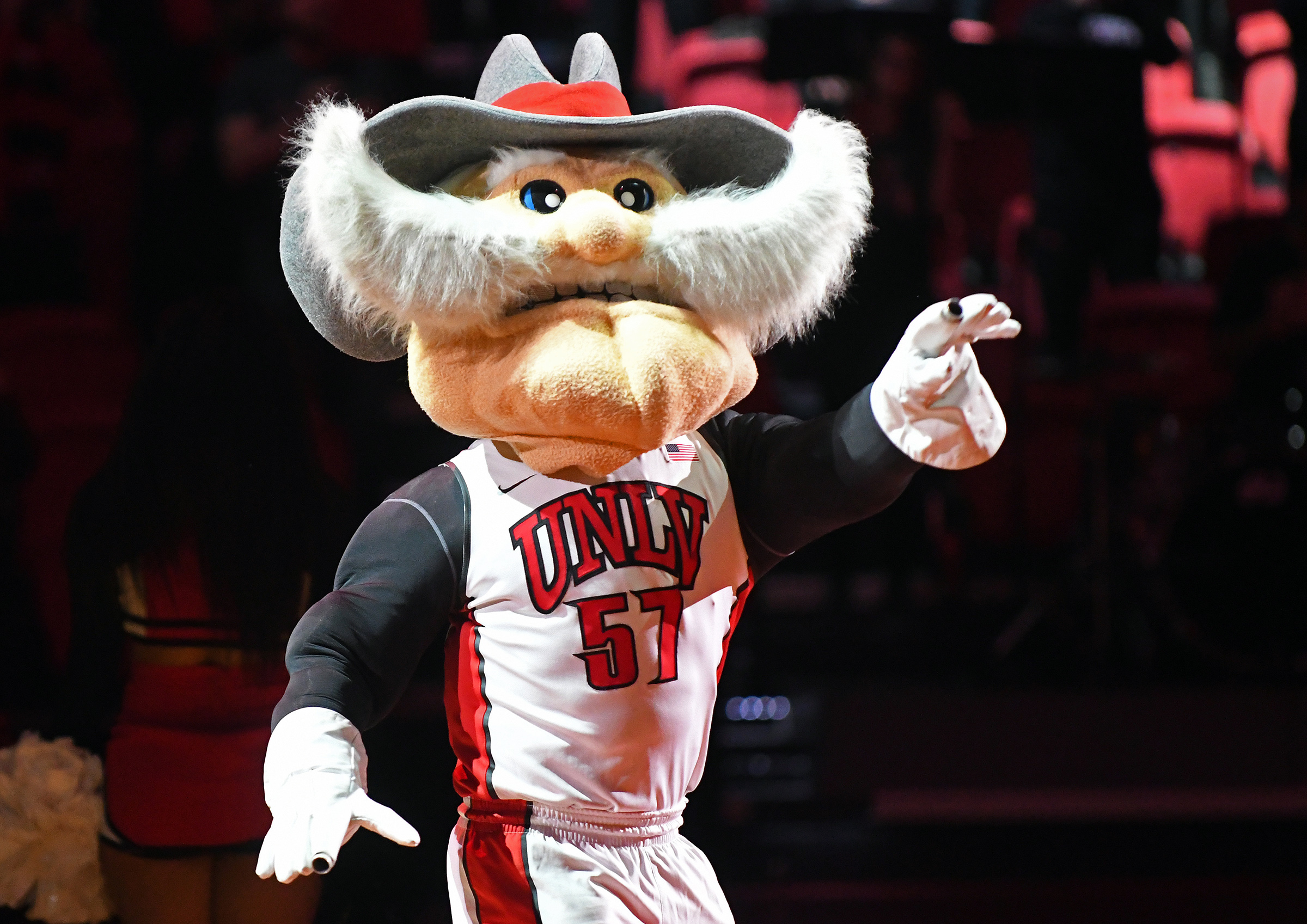 Some of these are pretty unfair, though.

Wagner Seahawks vs. Syracuse Orange: Easy victory for Wagner’s mascot, an osprey, here. I mean seriously, is there anything more less intimidating than the Orange’s mascot?

The Chanticleer is a proud and fierce rooster who dominates the barnyard. For the best description of Chanticleer, we turn to Chaucer’s words. “For crowing there was not his equal in all the land. His voice was merrier than the merry organ that plays in church, and his crowing from his resting place was more trustworthy than a clock. His comb was redder than fine coral and turreted like a castle wall, his bill was black and shone like a jet, and his legs and toes were like azure. His nails were whiter than the lily and his feathers were like burnished gold.” With all of his splendor and great looks, Chanticleer is also greatly feared and mightily respected by all.

Yeah, but a Blazer is a dragon, so advantage: UAB.

Southern Illinois Salukis vs. Ole Miss Rebels: A Saluki is a dog whose origins date back to Sumeria:

But a dog is no match for A SHARK NAMED TONY THAT CAN FIGHT ON LAND!

We’ve got some bird matchups, too!

ULM Warhawks vs. Southern Mississippi Eagles: Anything with the name “war” in it’s name is instantly given an advantage.

Portland State Vikings vs. Oregon Ducks: Obviously the Viking has the edge here, unless The Duck RUNS HIM OVER WITH A MOTORCYCLE!

Florida A&M Rattlers vs. Troy Trojans: Sure, Trojans may have swords, but rattlesnakes are rattlesnakes.

Arkansas Razorbacks vs. Colorado State Rams: Both have sharp pointy things on their heads to use to their advantage, but I guess a ram would have more speed.

Sure, maybe these games this week wouldn’t be as exciting as these one-on-one matchups would be, but it’s still fun to pretend.

Did I miss any juicy mascot battles this week? Drop ‘em in the comments below!