A rapidly-thinning fantasy football waiver wire still has a gem or two to produce for Week 7, including Rams rookie wide receiver Danario Alexander. 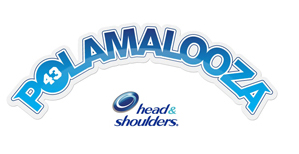 Six weeks into the fantasy football season, the waiver wire market seemingly gets thinner on a weekly basis. That's probably a good thing; it means that any injuries your roster is sustaining are minor, and not as devastating as, say, Tom Brady's knee injury in 2008. As such, however, you'll likely be reaching for boom-or-bust adds this week - though there's always value available. These four guys fit that description perfectly.

Titans QB Kerry Collins. The quarterback market is thin at the moment, but your best opportunity for a band-aid fix at the position is in Tennessee, where Vince Young's knee injury could lead to a start for ultra-veteran Kerry Collins. He's been in Tennessee for years, knows the offense, and is still capable of putting up solid fantasy numbers. Should he play in Week 7, however, he'll still have a tough matchup against the Philadelphia Eagles and their ninth-rated pass defense. Here's hoping you have a settled situation at quarterback.

Texans RB Derrick Ward. Temper your expectations, because Arian Foster is still clearly the go-to runner in Houston, and Ward won't see more than a handful of touches unless something changes on the Foster front. Ward, however, has performed so well in his limited playing time - he's averaging 8.3 yards per rush since joining the Texans - that he is now the NFL's most appealing fantasy handcuff. Foster is still a boom-or-bust commodity, so stash Ward and possibly reap the rewards as the season wears on.

Rams WR Danario Alexander. Traveling a very unconventional path to the NFL, the super-talented Alexander started the season on St. Louis' practice squad after a fourth surgery to his problematic left knee. Signed off of the practice squad to help fill in for Mark Clayton (IR), Alexander caught four passes for 72 yards and a touchdown in his first pro appearance. His knee remains an inconvenience to both the Rams and prospective fantasy owners, but any receiver that has a rapport with Sam Bradford - Alexander clearly does - is worth adding at this point.

Browns TE Benjamin Watson. Not only has Watson survived three quarterbacks through six Browns games, but he's gotten more involved in the offense as Cleveland has transitioned from Jake Delhomme to Seneca Wallace, and then from Wallace to rookie Colt McCoy. In his last four games, Watson has 22 catches (at least five in each contest) for 240 yards and two touchdowns. He's still a fantasy backup, but he's been a very consistent performer this season.

Bills QB Ryan Fitzpatrick. Fitzpatrick has been a nice surprise for fantasy owners in recent weeks, throwing seven touchdowns to just two interceptions in his first three starts for the winless Bills. The time for favorable matchups in Buffalo, however, is all but over, as a mid-November showdown with the Detroit Lions might be the only game in which Fitzpatrick is a lock to produce. Don't expect Fitzpatrick's solid fantasy production to continue, particularly in Week 7, when Buffalo visits a very irritated Ray Lewis and the Ravens.

Cowboys RB Marion Barber. What we predicted here a few weeks ago has come to fruition: Felix Jones has emerged as the top running back in Big D, getting 43 touches in the last two games compared to Barber's 19. Short of a trade deadline deal to a contender starved for a running back (Green Bay, perhaps?), Barber is nothing more than a non-explosive handcuff for Jones owners at this point.

Patriots WR Brandon Tate. If you picked Tate up when the Pats flipped Randy Moss to Minnesota, it's time to let go of the dream that Tate would get significant work in Moss's old role. Deion Branch has taken all of the glory at receiver in New England, and Tate has yet to record a catch in the post-Moss era. It's hard to see value here, even in non-standard formats.

Vikings TE Visanthe Shiancoe. He started the season as Brett Favre's go-to guy in the absence of Sidney Rice, but with Randy Moss in town and Percy Harvin excelling, Shiancoe has completely evaporated from Minnesota's offensive game plans. He has two catches for 28 yards since the Moss deal. Only a significant injury would restore his original role and make him a viable fantasy option once more.