Need a replacement for Marshawn Lynch or LeSean McCoy this week? Here are five running backs that might be available on the waiver wire.

The bye weeks are almost over, but fantasy owners will have to deal without their studs for at least one more week. The Seahawks, Eagles, Bengals and Bills have the week off, making guys like Marshawn Lynch and LeSean McCoy unavailable.

With the playoff races heating up, here are five running backs that could help your fantasy team in a pinch. 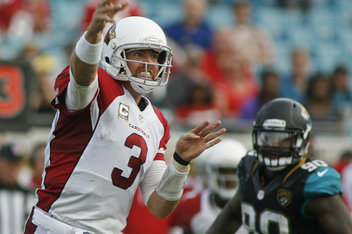 Darren McFadden is due back pretty soon, but Jennings may have very well taken his starting job. He had another solid performance on Sunday, recording 150 yards and a touchdown on 22 carries. Jennings will be a viable RB2 against the Titans in Week 12 and won't be on the waiver wire for much longer.

Rainey enjoyed a breakout performance in his first NFL start. He destroyed the Falcons for 167 total yards and three touchdowns on 32 touches. Rainey's performance should end any speculation that the Bucs will use Brian Leonard in a committee. He will be a worthy fantasy starter against the Lions this week. The Bucs won two in a row and suddenly look like they're starting to get their act together.

The Colts aren't ready to hand the starting job to Brown yet, but he's been far more consistent than Trent Richardson, getting 94 yards on 15 touches and a touchdown against the Titans last week. Brown and the Colts will have a much tougher matchup against the Cardinals in Week 12, making it hard to trust him as a fantasy starter, but he's worth stashing. Richardson's 2013 season is a waste and he can be be dropped in re-draft leagues.

The Panthers have been easing Stewart in after he missed half of the season with ankle injuries. He played almost as many snaps as DeAngelo Williams and is averaging 3.8 yards per carry. The Panthers seem committed to their running back committee, making Stewart and Williams low-end flex options in deeper leagues.