The fantasy football playoffs are just around the corner. Check out our rankings for the perpetually-changing landscape of running backs.

It's probably do-or-die time for about 33 percent of fantasy owners out there, so this week has huge implications. The good news is that fantasy owners should know their opponent. If you know you're going up against the league's whipping boy (or girl), then you can play it safe and you don't have to play a high-upside guy like Pierre Thomas over a safer player like Le'Veon Bell. If you're going up against the first-place team, well, then you might have to roll the dice a bit. Here's a look at the running backs that are on the injury report: 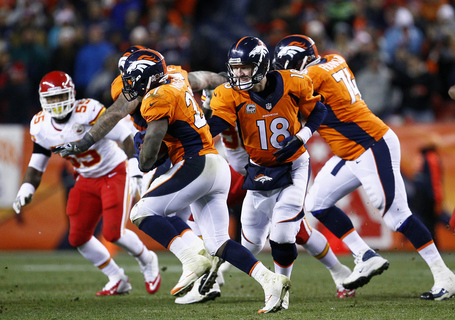 Rashard Mendenhall has a toe injury. He's fine, but he'll be the secondary back to Andre Ellington.

Jacquizz Rodgers (ankle) and Steven Jackson (toe) are both ready for the short week against the New Orleans Saints.

Fred Jackson (knee) is fine and will heal up on a bye this week.

Reggie Bush (knee) is ready and could get some extra touches with Joique Bell (foot) questionable.

Adrian Peterson (groin) will look to shred the Green Bay Packers like he did last year.

Shane Vereen (wrist) could be unleashed on Sunday against the Denver Broncos.

Darren Sproles (ankle, knee) is the biggest question mark on this list. His owners will want to check back for an update on Thursday afternoon.

Brandon Jacobs (knee) is questionable and Andre Brown owners will hope he sits so he doesn't get a chance to vulture another TD.

Darren McFadden (hamstring) is doubtful. Look for a big day out of Rashad Jennings.

Daryl Richardson (foot) could be back this week. Stay tuned, but it'll still be Zac Stacy's show.