Any time someone starts a season hot, we want to ascribe historic potential to them, but we would be wise to always assume regression. Regression is key.

I'm going to re-run a paragraph here from my rankings from Week 7, primarily because it makes me look super-smart, and that's fun for me:

...Through six weeks, Kansas City's stout defense/special teams is averaging a full 19 points a game, solidly 3.3 SDs above average, with the Giants' abysmal unit sitting just below zero points a game and 2 SDs below the mean. The units are performing at historic paces (good or bad, you pick). But it won't hold. Maybe the Chiefs finish with the league's best defense. Maybe the Giants finish with the worst. But common sense, odds, and just plain math should tell everyone that their units will be closer to average by season's end.

The main point I made in that piece was that, as good as the Kansas City defense had been to that point in the season, historic early paces rarely maintain over a season (unless you think, for example, that Manny Machado really did break the MLB doubles record this season), and you would rarely be presented with a better opportunity to capitalize on a trade chip than trying to deal the Chiefs' defense when they were breaking records.

So, those stats again. Through six weeks, the Chiefs' defense was averaging 19 points a game and were 3.3 standard deviations above average. Today, the same unit is still the game's No. 1, but that is largely bolstered by that early performance, as they are now averaging only 12.36 fantasy points a game and sit barely two standard deviations above the mean.

(This isn't really part of the overall point, but you remember the historically bad Giants' defense? They are now 23rd among defenses in fantasy scoring, and are barely a point and a half off the average. The lesson, as always: regression.)

Anyway, yes, the Chiefs are still the NFL's top defense. But they have scored negative points in their last two games and have only topped four fantasy points once since Week 7. This week, they face the strong Denver Broncos offense, and they do so likely missing (or at the very least without full-strength versions of) Tamba Hali and Justin Houston.

Those who bought in on the Chiefs' defense in the first few weeks of the season (including me, in one league) enjoyed their fantasy success until the last couple weeks. But feel free to cut the cord now, if there are any options out there on the waiver wire. And there likely are. At just a glance, these defenses are not widely owned in Yahoo! fantasy leagues, and rate as a better bet down the stretch according to my personal objective defense scoring system (and yes, subjectivity robs you of the chance to account for injuries and other changes, but since those actively hurt Kansas City right now, it shouldn't change much):

As a point of reference, the Chiefs' defense is still 97 percent owned, but ranks as only the No. 20 defense over the rest of the year. Maybe you don't dump them for a unit ranked only a spot or two above them, because they do have top overall upside, but if you can switch the Chiefs' unit out for the Saints? Or the Cardinals? You're making a mistake not playing along.

Just keep it in mind. Now, here is a look at a few other defenses for Week 13:

Buffalo Bills (No. 3 in my rankings, No. 6 in the objective formula) - The Bills take on an Atlanta Falcons team Sunday that has either given up on the season or got lost on the way to their NCAA schedule. After holding opposing defenses to just over 2.5 points per game through Week 7, the Falcons have given up 13.6 points per game since, with every defense scoring at least nine points. The Bills had 21 points in their last game against the New York Jets, and sure, a game against Geno Smith is recently quite delightful for a defense, but a game against the Falcons is almost as nice. 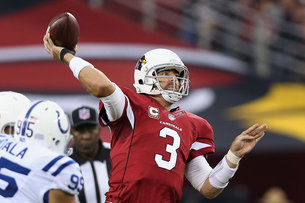 Miami Dolphins (No. 5 in my rankings, No. 2 in the objective formula) - Speaking of facing Geno Smith ... Since Week 4, when the Dolphins' defense had an implosion against the New Orleans Saints, the unit hasn't had a truly awful game. Four of their seven outings have been between six and eight points, and they've scored double-digits twice. So worst-case scenario for Sunday is that the Dolphins offer middling performance that won't hurt you. But considering the Jets have allowed opposing defenses to score in the double figures in two straight games, five of their last six, and six of their last eight, the upside for Miami is considerably higher.

Jacksonville Jaguars (No. 14 in my rankings, No. 13 in the objective formula) - After a disastrous early season that had the Jaguars scoring negative-2 points four times in eight games, with nine total points through Week 9, the Jags have score 26 points in their last three (yes, including a zero-point outing in Week 11), finally going from a historically awful season to just a pretty bad one. Now, they get to take on Brandon Weeden and the Cleveland Browns, who have allowed 27 points to defenses in their last two games. Things are getting better, boys.

Okay, to the rankings: