Fantasy football waiver wire: 5 quarterbacks to look at for Week 15

The playoffs are in full swing. Which waiver wire quarterbacks could give you an edge this week? We look at five top targets.

Share All sharing options for: Fantasy football waiver wire: 5 quarterbacks to look at for Week 15

We're now in the second week of the fantasy playoffs. The championship games are just one week away, making every game a must-win. Individual matchups now matter more than ever, and if you're concerned about your quarterback position, here are five waiver wire options that could help you out this week. 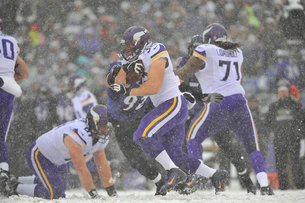 Palmer showed no ill effects from his elbow injury and continued to be effective, avoiding turnovers for the third time in the last four games. The Cardinals remain in the heat of the wild card race despite no running game, and Palmer's play has been a big reason why. He'll be on the QB2 radar against the Titans in Week 15.

Cutler is expected to be back in Week 15, but McCown has been playing so well lately it's worth wondering if the Bears will simply stick with the hot hand. He's topped 300 yards in the past two games and has evenly spread out targets, keeping Brandon Marshall, Alshon Jeffery and Martellus Bennett owners happy. The Bears will be on a short week after their Monday night game, so keep an eye on the practice reports. Whoever starts will have a tough matchup against the Browns defense.

Tannehill recorded his lowest yardage total since Week 8 on Sunday, but he still threw for three touchdowns and helped Miami beat the Steelers in snowy conditions. He now gets a Week 15 date with a Patriots team that was shredded by Jason Campbell. Tannehill's running ability gives him slightly more upside than the average waiver wire QB2.

Campbell came back from his concussion and had his best game as a Brown yet, throwing for 391 yards and three touchdowns with no turnovers against the Patriots. He also got Jordan Cameron involved again, who was scuffling with Brandon Weeden throwing the ball. The Browns will likely stick with Campbell the rest of the season and he has a good matchup with the Bears in Week 15.

Kirk Cousins, Washington Redskins (owned in one percent of leagues)

Things are getting more bizarre in Washington. In Monday's press conference, coach Mike Shanahan would not commit to Robert Griffin III as the Week 15 starter, and even suggested that he might shut him down for the season for "health" concerns. It smacks of a power play by Shanahan, who has been feuding with Dan Snyder for almost a year now. The saga is unfolding and could change by the day, but Griffin owners should make sure to get Cousins on board. Whoever the Redskins' starting quarterback is this week, he will have a plus matchup against the Falcons' soft defense.