The fantasy playoffs are starting for many this week. What if your team is still unsettled at the quarterback position going into the playoffs? We look at that situation and share our Week 14 quarterback rankings.

The second best time of the fantasy season has arrived for many of us — the playoffs. All the preparation and decisions have led up to these last few weeks. It obviously hasn't been the easiest of years with the injury bug hitting harder than usual. In some cases that's opened the door for players to step up. Obviously now is not the time to bench your stud quarterbacks like Manning, Brees or Stafford. Although, what if you don't have the luxury of a great quarterback? Let's look at a few quarterbacks that will produce some very good value and should be started in Week 14.

Nick Foles has quietly turned himself into a must-start quarterback. The second year starter has outplayed his fellow sophomores, with perhaps the exception of Russell Wilson. His strong season should continue this week as his Eagles will play Detroit at home. The Lions have given up eight passing touchdowns in their last four games. Detroit didn't give up a passing touchdown last week to the inept Green Bay passing offense. That means those eight touchdowns came over three games. I think Foles will pass for at least two touchdowns this week. The Lions are able to generate some pressure on the quarterback, but Foles usually gets the ball out quickly. Beyond this week, his schedule is very favorable and sets him up for some big weeks.

I never thought that Alex Smith would be anything more than a game manager for the Chiefs offense. Jamaal Charles looked like the bread and butter for Kansas City with Smith occasionally being called on to keep the opposing defenses honest. At the beginning of the season that was the case but Andy Reid has strayed from the conservative approach and is opening things up a bit. In four out of his last five games, Smith has scored 21 points. That seems like his ceiling but you could do a lot worse. Smith faces Washington this week, and if you haven't noticed, they are terrible on defense. 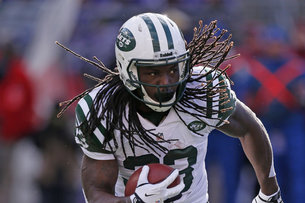 Arizona is making a late playoff push, and Carson Palmer is playing a part in it. He's passed for more than 300 yards and at least two touchdowns in Arizona's last three games. It has taken half of a season but it looks like Palmer and his receivers are finally on the same page. I don't think Palmer can be trusted to carry you all the way to your fantasy championship but this week facing St. Louis is a prime matchup. St. Louis has given up an average of more than 300 yards passing in its last three games. If you're still waiting on Aaron Rodgers, throw Palmer in to carry you on to the next round.

My sleeper of the week is Ryan Fitzpatrick. He's been steady since entering the starting lineup but as we know the Titans are a run-based offense. I think he's a sleeper pick because of his matchup against Denver. I believe the Titans will fall seriously behind and have to turn to the pass to get back into it. The Titans passing game is not lacking weapons with Nate Washington, Kendall Wright and Justin Hunter available. I'm thinking Fitzpatrick's floor for this game is 260 yards and two touchdowns.

Quick Notes: Jay Cutler is day-to-day but won't be rushed back into the starting lineup. He's hoping to return for Monday night's game against Dallas.......Aaron Rodgers hasn't been shut down for the season. It appears though that the option is still on the table......Cleveland signed Caleb Hanie. Brandon Weeden and Jason Campbell are still recovering from concussions that could put Hanie in at starter this week.....The Minnesota Vikings haven't decided on their starting quarterback this week. Matt Cassel, Christian Ponder and Josh Freeman are all still in play.....Washington will not turn to Kirk Cousins in the final four games unless Robert Griffin III goes down to injury......Geno Smith will start Week 14 for the New York Jets......Nick Foles has been named the starter into next season as long as he stays healthy. He looks like a fine keeper quarterback in a very friendly offense......Tony Romo played through a stomach virus in the game against Oakland last week......Oakland added Tyler Wilson to their practice squad.......Oakland will stick with Matt McGloin at quarterback but hopes to get a few more looks at Terrelle Pryor before the season is over.