The Panthers were a popular playoff pick in 2012 and it looks like they're playing that song again this year. Did they finally find a good receiver to pair with Steve Smith and is DeAngelo Williams ready to dominate again?

The Panthers are a popular sleeper pick based off of their late season success a year ago and the budding potential of superstar Cam Newton and a hopefully-improved defense.

That's something that I could have written when previewing Carolina last season. The 2011 Panthers won four of their last six games and looked like they were going to feature an annoyingly-good rushing attack spearheaded by Newton, DeAngelo Williams, Jonathan Stewart, and the almost overkill move to acquire Mike Tolbert. Many had them pegged for the playoffs in a deep and talented National Football Conference.

Carolina started the season 2-8, Newton looked like a shell of his rookie self, the rushing attack was worse with Tolbert, and Stewart was less effective when named starter, and ultimately went on IR. But hey, look at that, the Panthers won five of their last six games and are again a popular sleeper pick thanks to the same reasons.

The defense improved to 18th in scoring and 10th in yards allowed, but the offense regressed. Carolina is hoping that both units are finally on the same page this season, and indeed they could be going to the playoffs in a difficult and evenly-matched NFC South division. It appears as though literally any of the four teams could win it, and any of the four could finish in last.

I'm not sure where the Panthers will land, but they've got some very good fantasy football talent. Here's a closer look at those names. 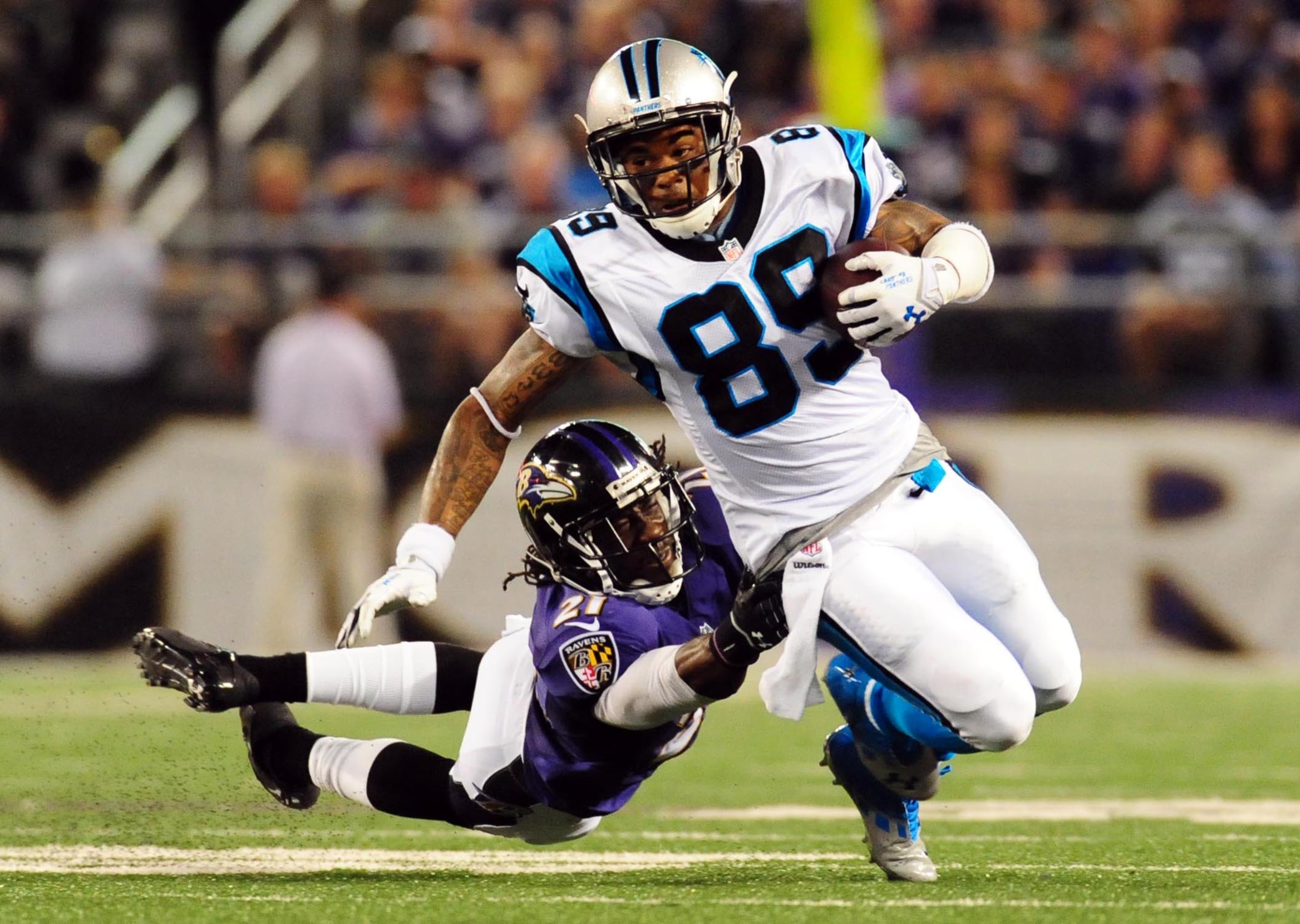 Newton scored eight fewer overall touchdowns in 2012 than he did during his rookie season, but he was the same player in many ways. He rushed for more yards, more yards per carry, threw fewer touchdowns, and more yards per attempt. He's also just 24 years old and arguably one of the best quarterbacks in the league.

Despite red zone struggles, would anyone in Carolina hesitate to sign him to a seven-year contract? In this economy?

Newton scored a total of 19 touchdowns in an eight game stretch between Weeks 9 and 16. He is one of the best bets in fantasy football to score two touchdowns in any given game and in a keeper league he's even more valuable. (On account of he's young and built like a Transformer.)

If last season was "Bad Cam Newton" then we haven't even seen "Good Cam Newton" yet. That's a scary proposition for defenses.

Well, for the first time since 2009, Williams might break 200 carries. The addition of Stewart has cost Williams playing time, but has also been helpful and it's not like he hasn't gotten paid. The Panthers are grateful that they didn't make Williams a cap casualty before realizing that Stewart would not be ready for the start of the season.

Can DeAngelo take advantage of the situation or will he just make the team realize that they desperately need Stewart back?

He's got way less mileage than most talented 30-year-old backs. He had some really bad games last year (10 carries for 19 yards against the Raiders in Week 16) and some amazing ones (21 carries for 210 yards against the Saints in Week 17), but the main point here is that he's the lead back, without competition, for the Carolina Panthers.

They still get to play the Saints twice, though you may want to sit him against the Bucs. Williams is someone you'll want to start in the beginning of the year, but he could play himself out of a role when Stewart returns. He's a very intriguing player and fantasy pick and I'm hopeful for him.

Barner should "change the pace" and could be explosive, but shouldn't take many carries away from Williams. Neither will the veteran Tolbert, though he could take some high-leverage goal-line carries from him.

Tolbert only had 3.4 yards per carry last season, but scored seven touchdowns. That's not great news for Williams' owners and really not good for the prospects of having Tolbert, though he added 27 catches last year as well. I like Barner and would hope he develops into an interesting 10-15 touches-per-game player.

Smith is older but not quite "old" yet. He's still the undisputed top receiver in an offense that likes to air it out and I think they will do more of that this season. His catch rate might be trending the wrong way, but he's still going to see plenty of targets and that's the biggest thing to worry about here.

I give him a couple of more years before shying away.

I really think Hixon could be underrated and ready for a breakout season. He caught two-thirds of his targets from Eli Manning for a very, very good close to 10 yards per target. If he somehow manages to replicate that amount of targets, or even doubles it, he could be the steal of the draft.

I think he's capable of getting close to that, but not all the way there.

LaFell had the opportunity last year and fell flat. He was a sleeper for many fantasy owners that never woke up, but just having the opportunity isn't good enough. He wasn't bad, by any means, but people expected a lot more than what they got.

He had three games of at least 88 yards, but also put up some duds. Plenty of them. Too many of them. He may do much better if Hixon can produce and stay healthy, or at least LaFell could be more consistent.

Ginn had 790 yards in 2008 with the Dolphins and has never, ever come close to a season like that again. He's talented, he's just not "wide receiver" talented.

Olsen was one of the big breakout players of 2012. Will the loss of offensive coordinator Rob Chudzinski affect him greatly? No. The Panthers know for sure now that they have a serious weapon with Olsen and he stands a good chance of getting 100 targets again. If he turns that into the same number of yards, we don't know yet, but he should remain in the top 10 of tight ends.

As with most teams backup tight ends, there's not much to see here.

Carolina's defense improved considerably in 2012 and they added defensive tackles Star Lotulelei and Kawann Short in the draft. Last season's top pick, Luke Kuechly, has quickly become one of the better linebackers in the league. What they could use is more forced turnovers forced.

No player had more than two interceptions. Those numbers can be volatile, so perhaps they'll get luckier this season in that respect.

Charles Johnson and Greg Hardy combined for 23.5 sacks and those two, along with Kuechly, are great IDP picks.

The Panthers were a sneaky 11th in Football Outsiders Defensive DVOA, doing almost equally well in run defense and pass defense. If the rookies can help make them a great rushing defense, enough to stop Doug Martin, and a good enough pass defense to contain Matt Ryan and Drew Brees, then maybe they are a great sleeper this season.

And maybe we're saying all of this over again in 2014.