The golf world has so lacked marketable personalities that certain younger players have taken to rapping in tiger-striped tights for attention, but that's only because the PGA Tour hasn't yet given U.S. Open rookie Andres Gonzales his own talk show. The 28-year-old from Washington looks like Kenny Powers and is known for his sense of humor, with his finest act being his resilient Twitter stalking of Tiger Woods. 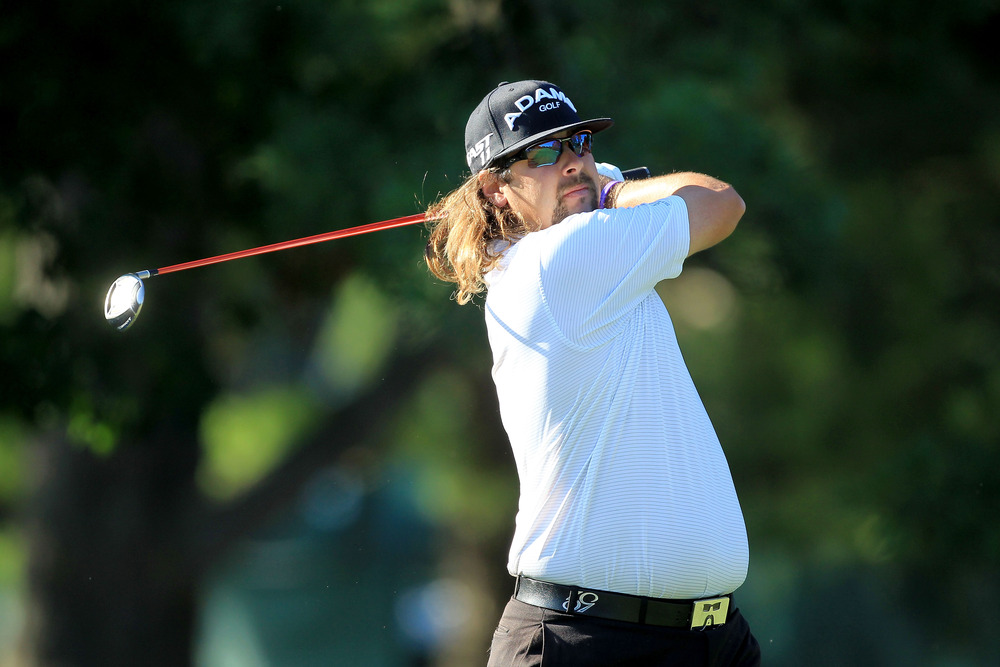 Check in to Gonzales' Twitter feed at any point and you'll get a peek at one of the sporting world's most dedicated one-way bromances. In the past two weeks, Gonzales has propositioned Woods for ice cream, asked Woods whether Jack Nicklaus could dunk a basketball, sadly turned down Woods as his U.S. Open roommate and just said hi.

All without any acknowledgment whatsoever from Woods himself.

One of the fun things about following Woods on Twitter is that he'll every now and then open the floor up for questions, which prompts everybody to send him the silliest queries they can think of. So seeing a PGA player join in on buddying up to Tiger on Twitter makes him one of us -- who would've thought Woods' aloof persona would end up providing us with a favorite golfer?

For the latest on the 2011 US Open, stay with this StoryStream throughout the day. For more on golf, head over to SB Nation's Waggle Room.