Bubba Watson and the Golf Boys do their best Tim Tebows

Share All sharing options for: Bubba Watson and the Golf Boys do their best Tim Tebows

Bubba Watson, Rickie Fowler, Ben Crane, and Hunter Mahan took a break from their day jobs and from laying down tracks for their next musical video to toss around the pigskin, Golf Boys-style.

In an informal, "opposite-hand throw" contest, we’d have to say the reigning Masters star showed the best form, rolling to his left as he hit his receiver with a tight spiral, though Rickie did a pretty good Peyton Manning audible from the line. We also enjoyed workout nut Crane’s high-stepping into the end zone, but let’s just say that even back-up QB Tim Tebow’s job is safe from these guys.

In the meantime, check @bubbawatson @bencranegolf @HunterMahan and @RickieFowlerPGA on Twitter for the latest updates on the Golf Boys’ follow-up to their big hit, "Oh, Oh, Oh" -- boffo on YouTube to the tune of more than 5,600 views, and it’s all for charity.

Here are a few of the snaps the Boys ("Our vocal range is still limited, fashion sense questionable & rhythm non-existent... but that doesn't stop us from dropping hits" -- Ben Crane) posted to pique your interest: 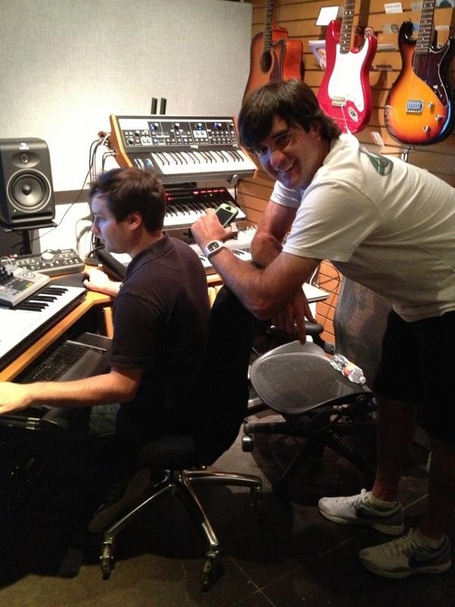 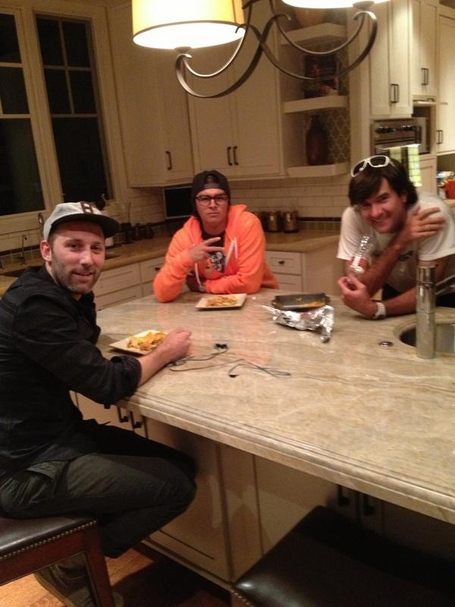 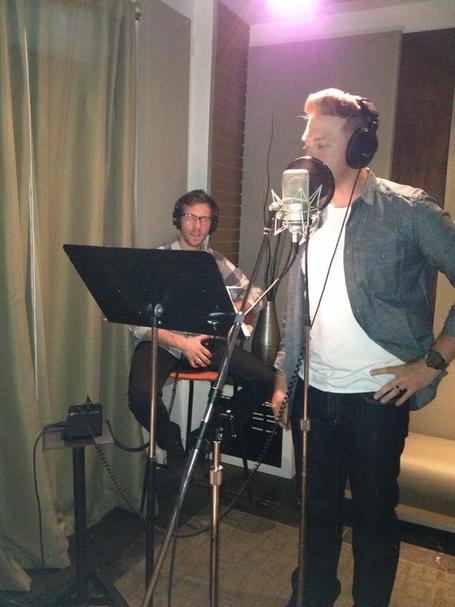