A photo essay of that wonderful high five Adam Scott and Steve Williams shared on 18 at Augusta.

Share All sharing options for: Adam Scott and Steve Williams high five: A story in photos

Sometimes a GIF tells a story. But sometimes, the pieces that go into creating a GIF -- the single frames in the form of photos -- tell it even better. That was the case with the Stevie Williams-Adam Scott highfiveshake (I'm using this as a term for what happened, because Scott went for the five and Stevie does this weird thing where he clasps hands). The series of photos tells a story, and what a story it is.

First we have the approach. It's two singular celebrations in the same orbit. They're about to meet. 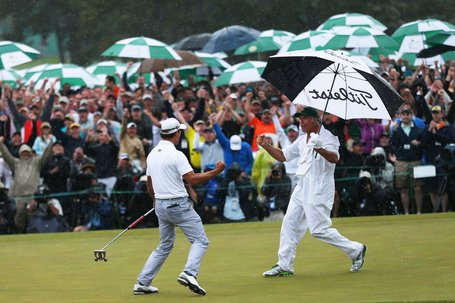 The setup: Stevie and Scott line it up and prepare to make contact. 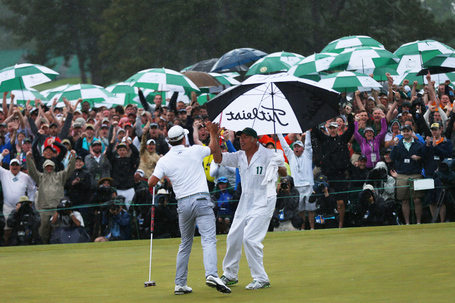 Now we zoom in to see the enthusiasm. Look at Scott's face. Note the concentration and jubilation. 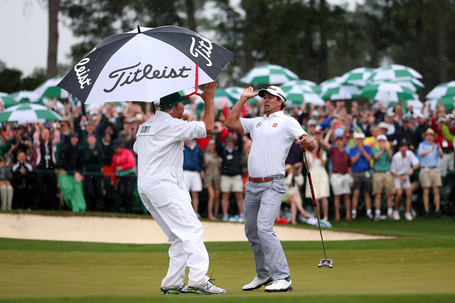 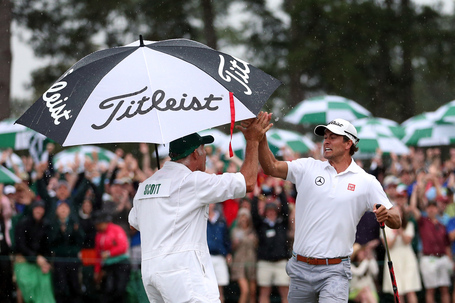 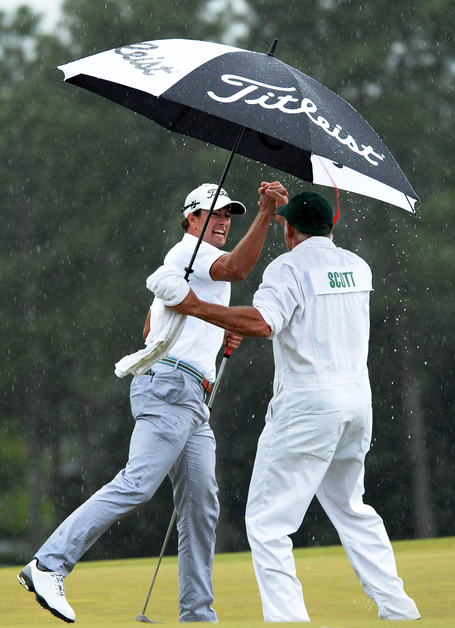 The clasp and pull. Again, mouth is open and screaming. 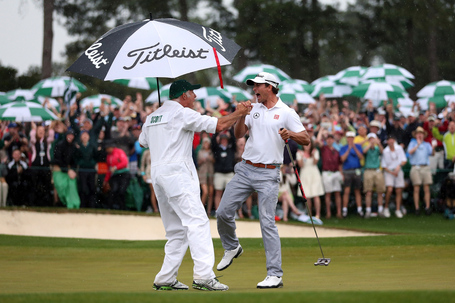 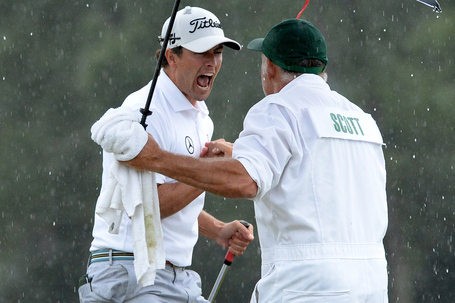 Exhale. Pressure is released, and the emotions have been freed. 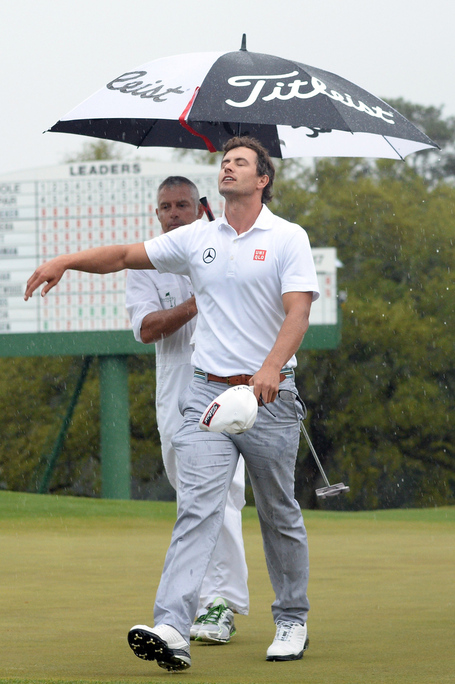 And now, walk it out. 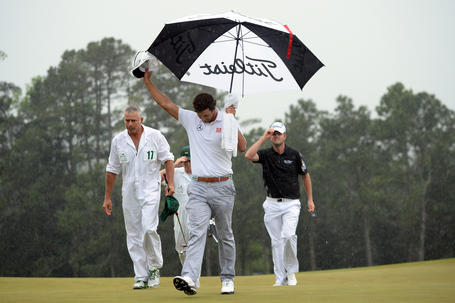 Masters 2013: Leaderboard, live updates and results from Sunday's final round