Golf Digest’s decision to put the ubiquitous self-promotor Paulina Gretzky on its cover does not sit well with actual women golfers.

The LPGA Tour, thanks to commissioner Michael Whan’s unflagging showcasing of the sensational play of its members, is in better shape than it has been in years so it was understandable that several golfers playing in this week’s Kraft Nabisco Championship expressed frustration over the non-professional social x-ray appearing on the cover of Golf Digest.

"I think they should maybe recognize some of the great women golfers that we have. It’s like, what do you have to do to get a little respect?" seven-time major champion Inkster, who was one of 11 women since 1969 to make the GD cover, wondered. "I’m guaranteeing you right now, it was not a woman editor who chose that cover." 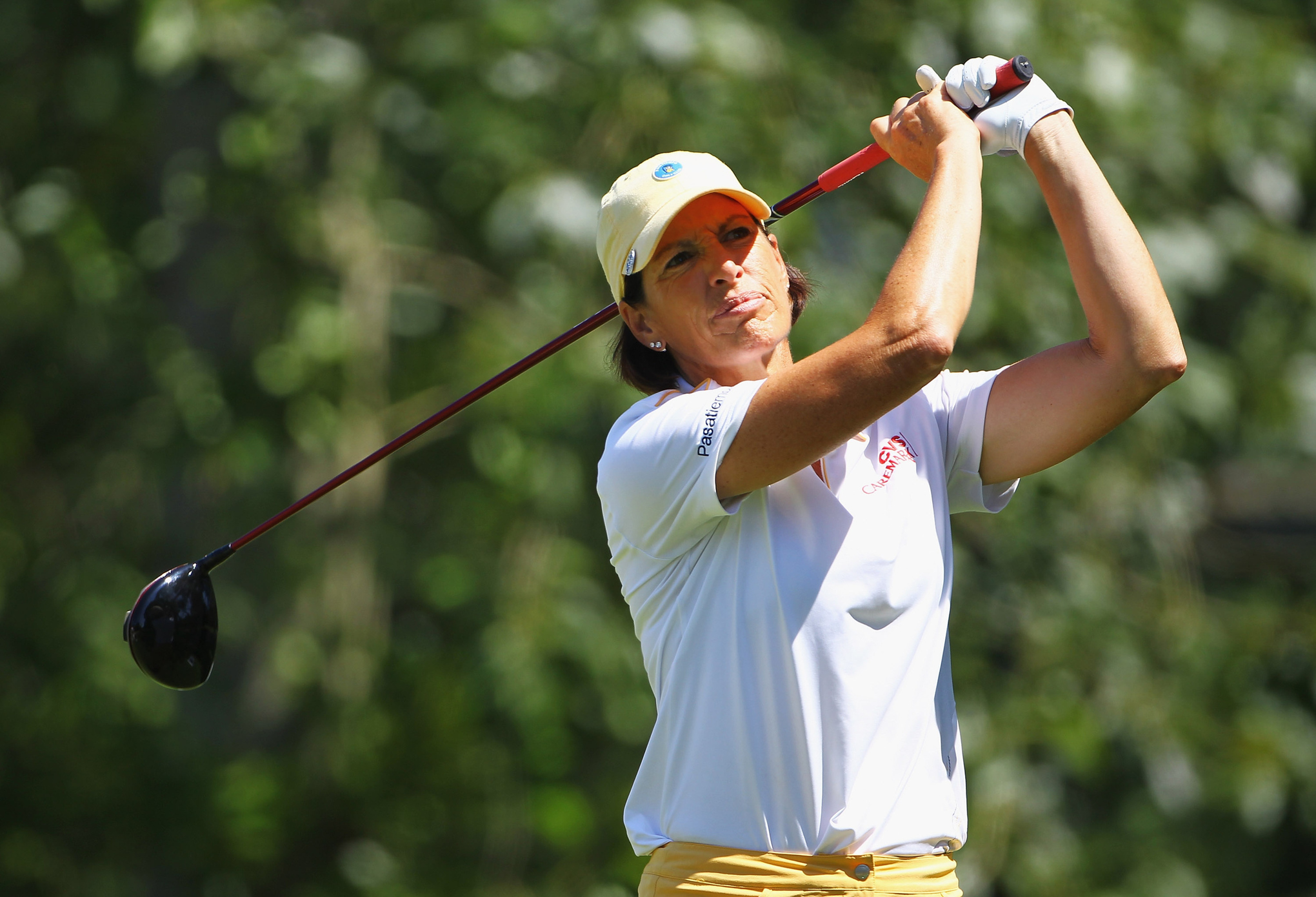 The world No. 1, defending champion Inbee Park, nailed it when she wanted to know the name of the current cover girl posing in a white sports bra and yoga pants.

"Who is that," asked Park, who, among her nine tour wins are three straight major victories in 2013 that put her in the elite company of Babe Didrikson Zaharias.

Her name is Paulina Gretzky and she’s extremely blonde and pretty much famous for her connections to her hockey superstar father and her long ball-hitting husband-to-be, as well as her ubiquitous selfies that have earned her a regular "This week in Dustin Johnson-Paulina Gretzky public displays of affection" spot in, where else, Golf Digest. Oh, and the younger Gretzky has recently taken up golf, so there's that.

While Park noted she had made the cover of Golf Digest in her native Korea, it seems her other-worldly accomplishments have gone unnoticed by the editors of Golf Digest.

"Obviously, Golf Digest is trying to sell magazines. But at the same time you’d like to see a little respect for the women’s game." -Stacy Lewis

Stacy Lewis has won two major titles and is a former No. 1 in the world and, you guessed it, has yet to sit for her GD closeup. She was among those unamused by the magazine’s choice to shill its May issue.

"It’s frustrating for female golfers. It’s kind of the state of where we’ve always been. We don’t get respect for being the golfers that we are," she said. "Obviously, Golf Digest is trying to sell magazines. But at the same time you’d like to see a little respect for the women’s game."

Other GD cover teases who have never teed it up with a major trophy on the line include Golf Channel eye candy Holly Sonders and model Kate Upton, whose constant snuggling up with Arnold Palmer borders on creepy.

The cover elicited the usual cyber drooling on Twitter from Brent Musberger types, but there was a healthy backlash as well.

@bykaren This is our answer to the Paulina Gretsky photo..less skin and more" connection" in the golf swing. pic.twitter.com/ShKgozPJuy

@citizencage @ChicagoDuffer B/C misogyny is alive and well in the world. Inbee Park did something that no male golfer did last year 1of2

One wag wanted GD to spotlight one of Tiger Woods' ex flames, who, let's face it, has similar golfing credentials to The Great One's scion.

Now that Golf Digest has put Paulina Gretzky on the cover, maybe Rachel Uchitel can appear next month.

GD editor-in-chief Jerry Tarde defended his choice of cover art, which LPGA players might have mentioned was particularly galling, appearing as it did just as the women were kicking off the first major championship of the season.

"Sports figures, celebrities and models have appeared on Golf Digest covers since the magazine's beginning," he said in a statement. "Paulina ranks at the high end of the golf celebrity scene today, and she has a compelling story to tell. She also might get some new people interested in the game."

To which Inkster offered a suggestion for next month’s issue.

"The cover should be Paula Creamer’s fiancé, who’s a fighter pilot, or Brittany Lincicome’s hot boyfriend, who’s a long-drive hitter," she cracked. "Put one of them on there."