At 11:11 A.M. on November 11, the Space 11 Darvish Museum in Kobe, Japan, opened in honor of celebrated son Yu Darvish. From The Japan Times:

Darvish frequented a sports club in Kobe in his childhood while living in neighboring Osaka Prefecture.

The roughly 100 items on display at the museum in Chuo Ward include the glove and uniform from his no-hitter in the 2004 national high school tournament and a computer graphics system that allows visitors to virtually hit his pitches.

The museum also features this stunning statue of the Texas hurler. 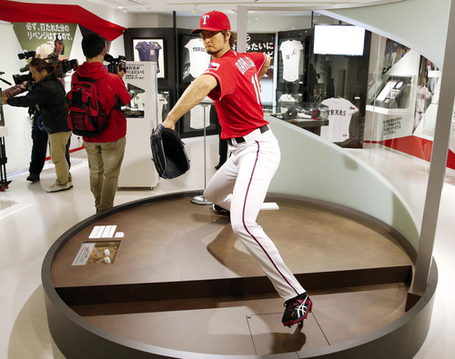 I don't care if it is a statue. Looking at that face, I'm already afraid to get in the box across from him.