The worst hats in the world

Share All sharing options for: The worst hats in the world

Leave it to Paul Lukas for the best and last word on MLB's latest horrible sartorial decision. Just a snippet:

As you know, July 4 is "America, Fuck Yeah!" Day. In honor of this solemn occasion, MLB has taken one of the world’s nicest flags and spray-painted its pattern onto a bunch of ugly caps. And if all the Dominican, Mexican, Panamanian, Venezuelan, Japanese, Taiwanese, Colombian, Canadian, Australian, and Korean players currently on MLB rosters don’t like it, they can go back to their highly inferior countries of origin.

Same goes for any Native Americans who don’t like Cleveland’s cap: They can go back where they ca –. Uh, never mind. Seriously, they sure managed to pack a bunch of historical references into that design. Blackface/minstrelsy? Check. Smallpox blankets? Double-check. Manifest Destiny? Well, I already mentioned that in the headline.

And yes, this comes on the heels of MLB's horrible Memorial Day promotion, during which living soldiers were honored on a day that was originally meant to honor dead soldiers.*

* We have not one, but two days -- Veterans Day, and Armed Forces Day -- meant to honor living soldiers.

Leaving aside the symbolic and philosophical questions we might ask about these things, there's also the fundamental matter of esthetics ... and we're still waiting for the first Memorial Day or 4th of July "special" uniform that doesn't assault any fair standards of good taste.

My fervent hope is that Bud Selig's successor will exercise some wisdom and end the bastardization and politicization of baseball uniforms, while also keeping them advertisement-free.

That's a lot to ask, I know. But what's that thing Commissioner Bud's always talking about? Hope and faith? You know ... sort of the opposite of this? 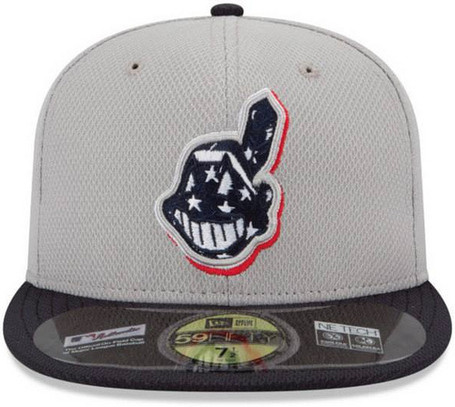