What? No Chief Wahoo in blackface with smallpox?

Share All sharing options for: What? No Chief Wahoo in blackface with smallpox?

Remember just the other day when Major League Baseball presented their July 4th caps? And the Indians' version was all sorts of wrong?

Well, guess what ... It was all just a big goof! From Business Insider this morning:

According to a source at Major League Baseball, New Era Caps released the wrong image, believing all teams would use their primary logo. Instead, the Indians will actually wear a cap with their block-C logo, seen at right.

So this was the plan, all along? 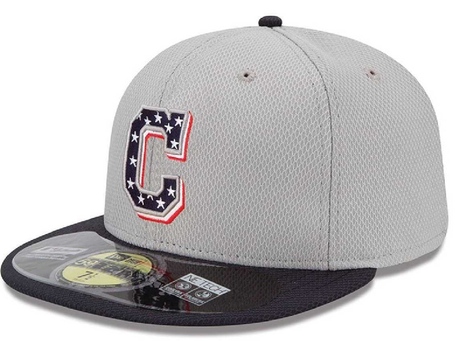 Here's one thing we can probably know: The cap with the "primary logo" did exist, physically. It wasn't just some preliminary digital rendition. How do we know? Look at that shiny super-flat brim ... you can still see the reflection of the primary logo. Nobody would have created a digital reflection. The original image was a photograph of an actual, physical, living, horribly ugly thing.

We can also probably know that the cap with the block-C logo does not actually exist yet. Because this image is obviously the original, primary-logo cap that's been digitally altered with the block C.

There are at least a couple of possibilities here.

One, the disgusting primary-logo cap was fully vetted by the Indians (if not the Indians) and Major League Baseball, and somehow nobody realized there might be some issue until people like Paul Lukas and Rob Neyer (and many others) said something. Sort of like what seems to have happened here.

But I prefer the other, more charitable possibility, that some rogue worker at New Era just went off the reservation and created the offensive cap without running it past any actual adults (or junior-high fashion students).

You guys can believe what you want to believe.