Outsider baseball art from an insider

eBay item of the Day

Share All sharing options for: Outsider baseball art from an insider

This is an interesting piece. Rather than simply sign his name, former Dodger pitcher Carl Erskine (122-78 in a 12-year career) will sometimes make a sketch instead. There are a couple examples of these currently available on eBay. One is called "I Got It." The other features the three single-game highlights of his career. These are:

June 19, 1952: Erskine no-hit the Cubs while striking out only one batter. He would have had a perfect game had he not walked the opposing pitcher -- Willie Ramsdell, who had relieved Warren Hacker -- on four pitches in the fourth inning.

October 2, 1953: In procedural contrast to his no-hitter the previous season, Erskine set the record for most strikeouts in a World Series game with 14. (Long since broken.) Mickey Mantle was his victim four times. Erskine's performance got the Dodgers back in the series as they had lost the first two games in Yankee Stadium, although they would eventually lose four games to two.

May 12, 1956: Facing the Giants at Ebbets Field, Erskine dispatched them in just 102 pitches. He walked two and struck out two. One of the walks went to Willie Mays, who was 0-for-2 otherwise. 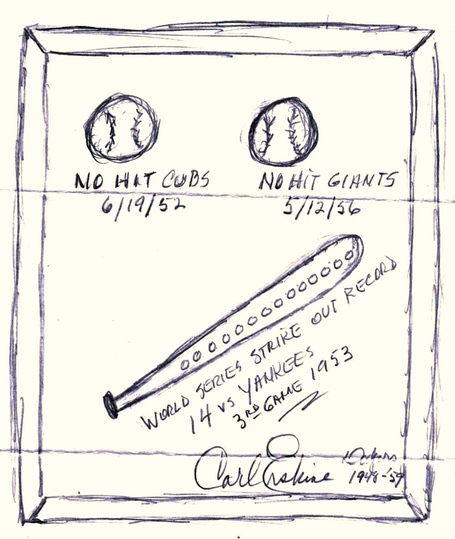 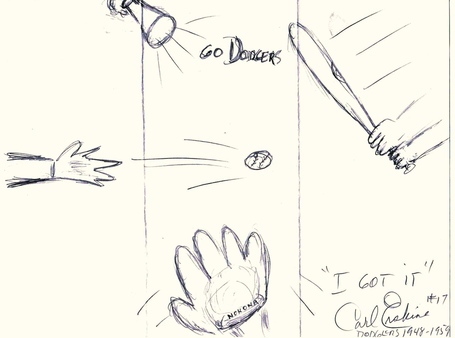