The latest concept rendering for the 2015 Indy Lights chassis has been revealed and the first test for the car is expected to come in July.

The most recent rendering for the 2015 Indy Lights Dallara chassis appeared in a story on RACER.com this weekend, with a design that featured a "wider front wing, new end plates, a re-profiled nose, and alterations to the floor ahead of the sidepods."

The changes came as a result of 2015 Indy Lights car project leader Tony Cotman spending last week at the manufacturer's factory in Italy, helping to mold the car into something fitting for the step just below the IndyCar Series.

RACER also revealed that testing for the car will begin in July instead of originally planned August, according to an interview with Series promoter Dan Andersen.

"Testing will now start in July, first in Italy for its shakedown then here in August in the U.S. at some tracks that are on the IndyCar schedule," he told RACER. "We are also planning to display a show car at the Indy 500 in May."

The new Lights chief also would like to hold a test with the car in Europe to pique the interest of teams and drivers.

Andersen acquired the Lights Series in July, giving his promotional entity control of all three steps of the MAZDA Road to Indy -- USF2000, Pro MAZDA and now the Lights tour.

Under the new leadership, Lights is expected to run up to 12 races a season with 10 as companion events to the IndyCar Series. IndyCar will work with its television partners to maintain broadcast continuity and will continue to support the scholarship funds for all the Road to Indy ladder stages.

And lastly -- a new car in 2015. Another concept image can be found below. 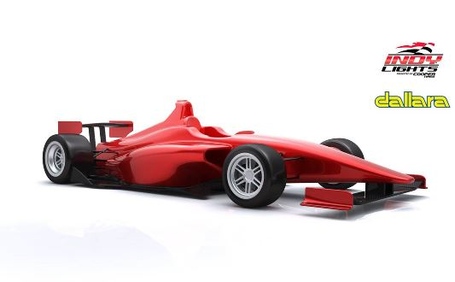