By all accounts, the Closing Ceremony just hit its high note with Monty Python's Eric Idle leading the Olympic Stadium in a sing-along (whistle-along?) of "Always Look On the Bright Side of Life." That's the good news. Bad news is, there's still plenty more.

Up next we'll have the official handover of the Olympic Games to Rio, the hosts in 2016, and the official Closing of the Games -- that means SPEECHES!

Here's the official program via @rosabelieve. 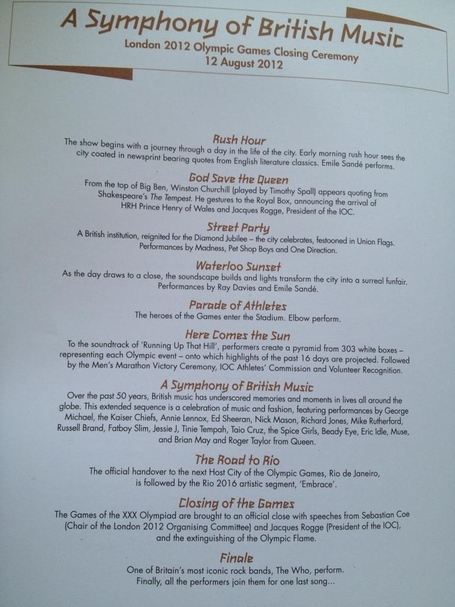 The night ends with The Who, which might be neat?