2012 Olympics In Review: 15 Most Memorable Stories From London

From Bolt to Boris to Carmelo to McKayla, and everything in between, let's relieve the 15 best memories of the 2012 Summer Olympics in London.

Share All sharing options for: 2012 Olympics In Review: 15 Most Memorable Stories From London

The Spice Girls have come and gone and the closing ceremony is over in London, and with two weeks of Olympic chaos behind us, it's time to make sense of what just happened. So in the spirit of shameless nostalgia and/or memorializing the best memories of the past two weeks, let's run down what just happened.

We begin with a honorable mention to NBC, who spent the better part of two weeks trolling us all, refusing to show our favorite events live, and topped it all off by following Sunday's Closing Ceremony with a showing of Animal Practice, the show about the doctor who works with an ape. Never in the network's history have they been closer to the parody that Tina Fey put forth in 30 Rock, and in retrospect, you almost have to admire how ridiculous things got. (This creepy video of female Olympians was a particular high point.) (Listen to that music!) 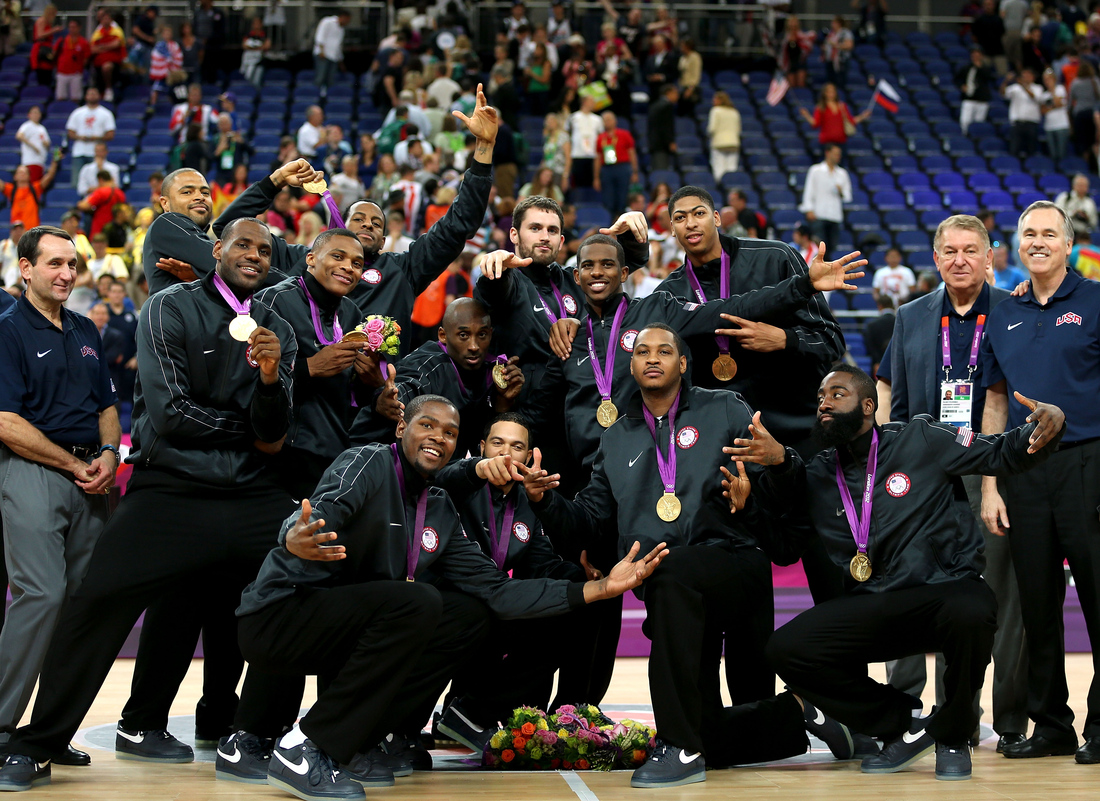 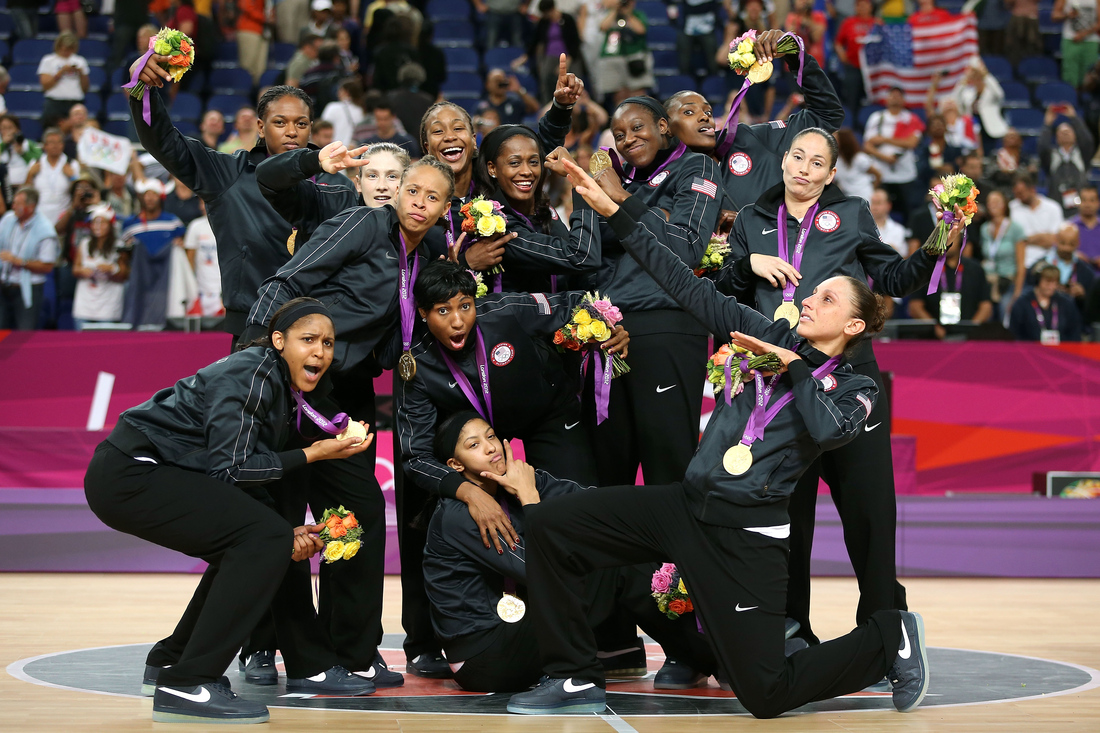 The men's team had more fun than any Team USA group since the Dream Team, and even they weren't quite as dominant on the court, they were in control every second they were on it. Especially with an age limit looming in the future, this will go down as the greatest U.S. team since the Dream Team. No small feat since USA Basketball's spent the past 20 years chasing ghosts.

Team USA may not have beaten the Dream Team, but they were the first national team who made the comparisons unavoidable, and as an added bonus, they had more fun than anyone in London.

As for the women? They've won five straight Gold medals at the games, and with the exception of one half against Australia in the semi-finals, they looked impossibly dominant throughout. As good as the men's side was, this may be the greatest group of women's basketball stars the U.S. has ever seen. And they had just as much fun as the men over there. 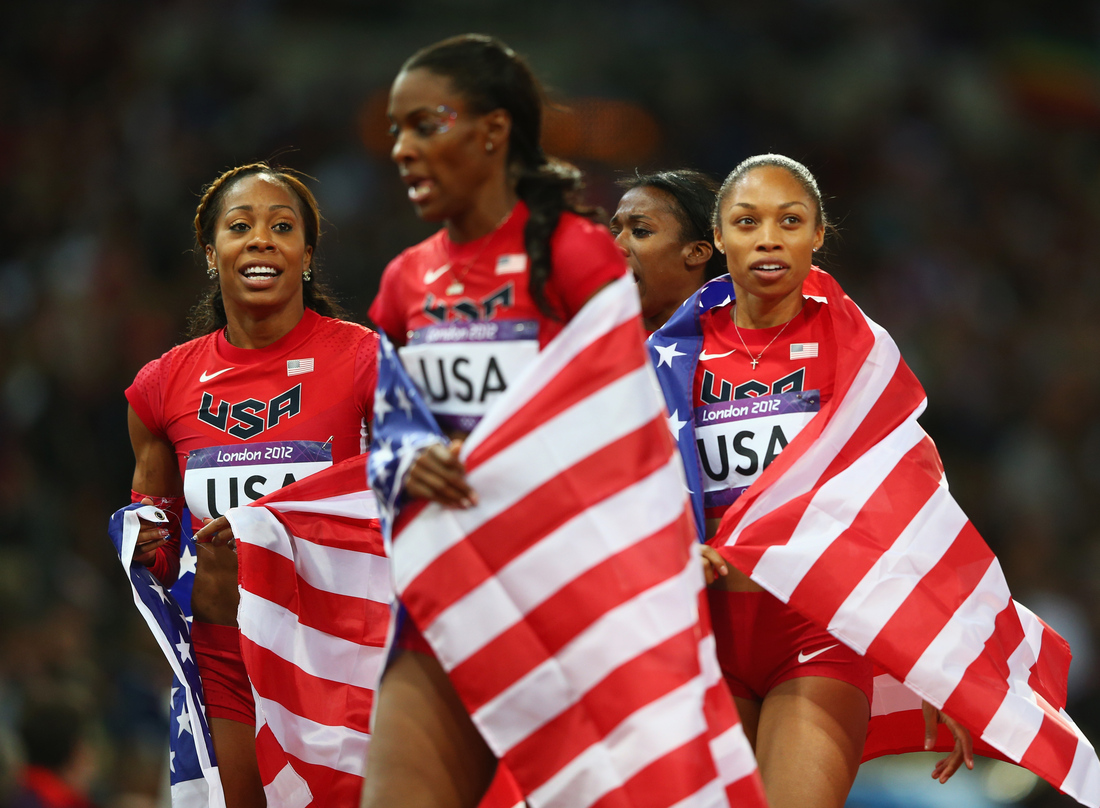 The U.S. won the final medal count in overall medals and gold medals because America KICKS THE WORLD'S ASS IN EVERYTHING. But none of it could've happened without the American women, who gave us most of the best American moments in the games and ultimately won 58 medals to the men's 45, including 29 Gold. American women, F*** YEAH. 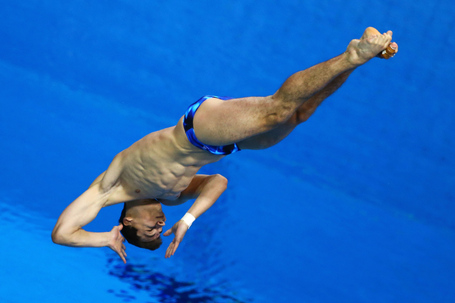 Sports GIFs are pretty big on the internet these days, and they're all pretty great, in general. But every now and then a moment comes along that single-handedly explains why GIFs exist, why they're great, and why we're all so addicted. Stephan Feck's Diving Disaster is That Moment. 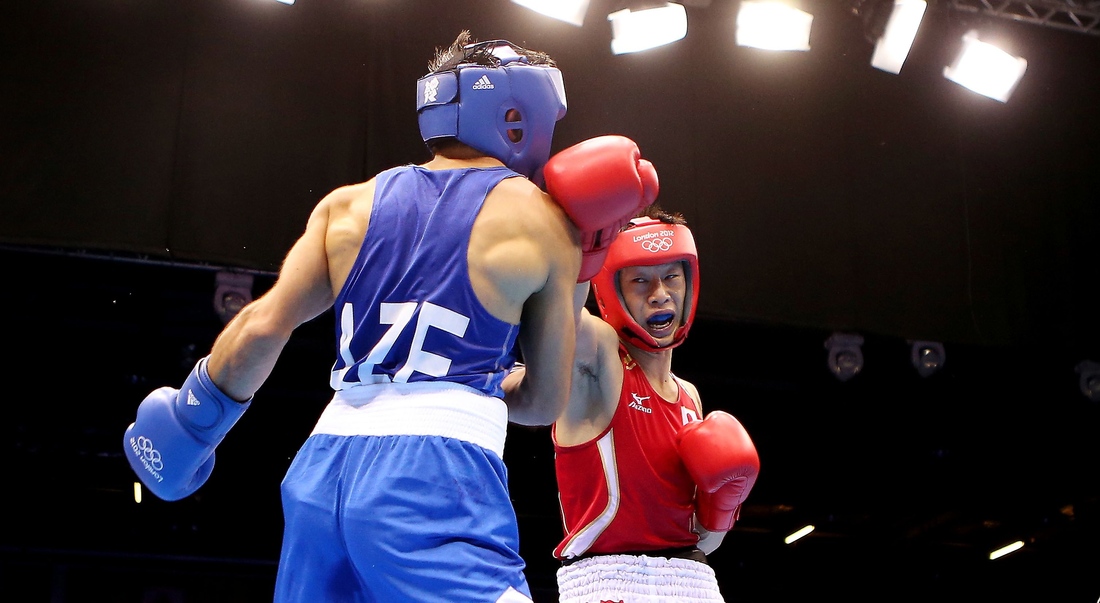 And really, what would any worldwide gathering be without some spectacular corruption? 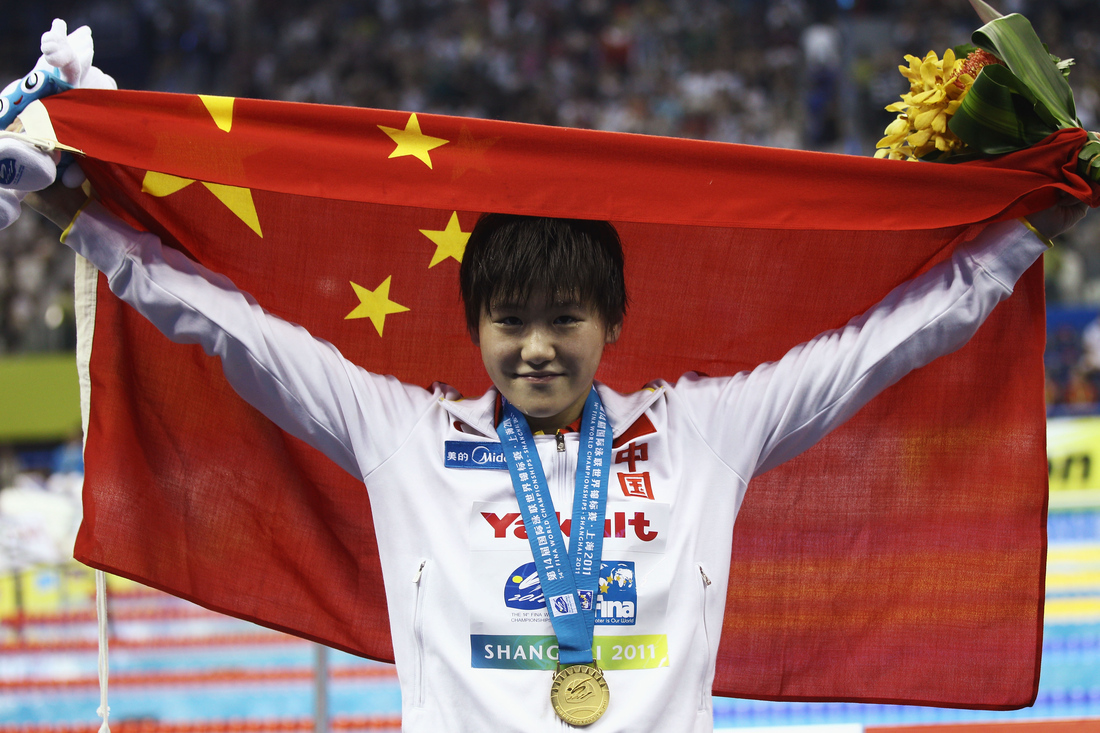 You may remember Ye Shiwen as the 16 year-old Chinese swimmer who put together the most dominant swimming performance of the Olympics, but you probably don't, because her win was overshadowed by rampant PEDs allegations, and after a few days of respectful accusations everyone pretty much stopped talking about her. It was kinda messed up, but Ye's swim still counts, and on paper at least, it was one of the most incredible things we saw in London. 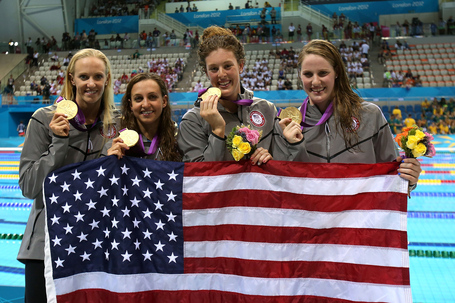 Beyond Ye Shiwen's dominance ... Can we talk about how thoroughly U.S. Swimming kicked ass? Missy Franklin was the breakout star, but the whole team dominated. Michael Phelps, Allison Schmitt, Rebecca Soni, Katie Ledecky, even All-American Douchebag Ryan Lochte. Their Olympics began with a Call Me Maybe music video that will look incredible 10 years from now, and it ended with... A run of dominance (31 medals, 16 gold) that will look just as incredible a decade later. They were all awesome.

This should be a commercial before the next Summer Olympics. 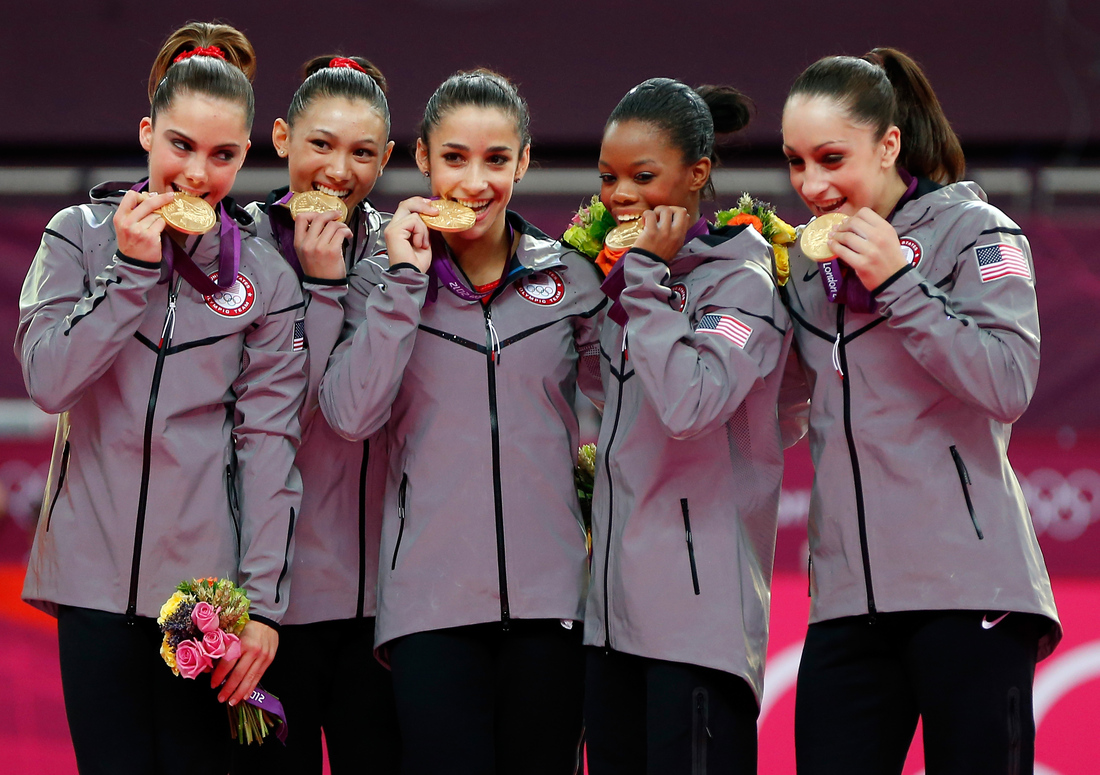 First they were the "Fab Five" and then they became the "Fierce Five". That almost certainly happened because trademark issues with Jalen Rose and the original Fab Five, which is a pretty American problem all by itself. I just like that the U.S. team chose the new name by Googling words that start with 'F'. Anyway, Team USA brought home the first gymnastics Gold since 1996, and along the way we fell in love with each one for different reasons. As for the team competition itself, McKayla Maroney's flawless vault is the stuff VISA commercials are made of. Speaking of which... 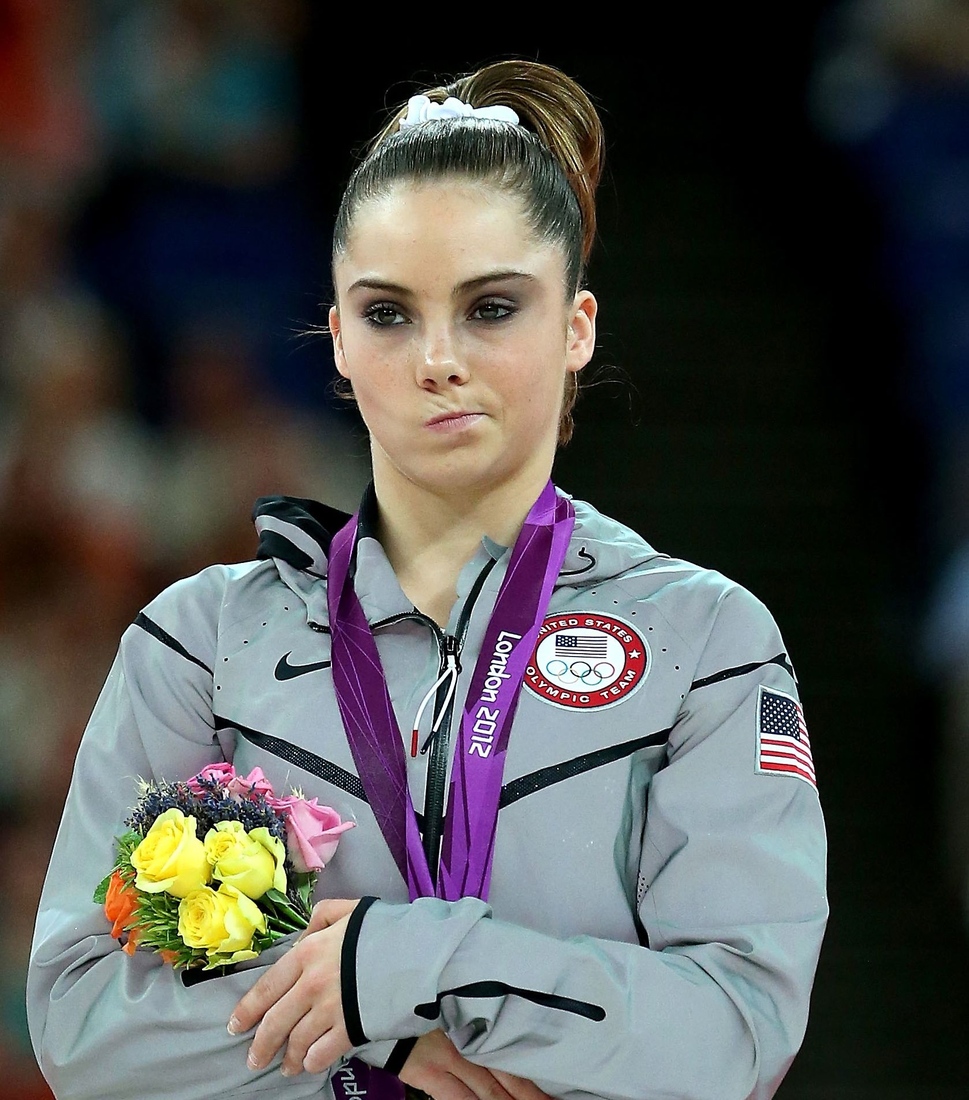 "Remember that time a 16-year-old got a silver medal and was like, SO pissed off? And then the internet took a photo of her and spent a solid week photoshopping her into every scene we could find throughout history? And she played along?" The meme has been played out for a few days now, and I'm glad it'll soon be gone. But a few years from now it will be spectacular to look back on, especially because McKayla, herself, was every bit as snide and spectacular as the picture above promised. 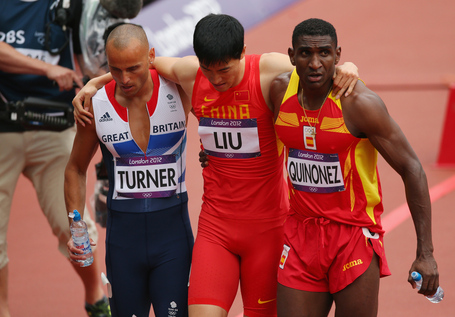 Liu Xiang was China's most famous athlete coming into London, and an achilles injury robbed him of a shot at hurdles glory, just like it did four years ago in Beijing. What happened next is a goosebumps scene that could only come from the Olympics. If he was American and not Chinese, this would be the most famous moment from the past two weeks and would almost certainly be a Disney movie within the next few years. Even if that never happens, it's still totally awesome.

5. Canada and America and an Instant Classic 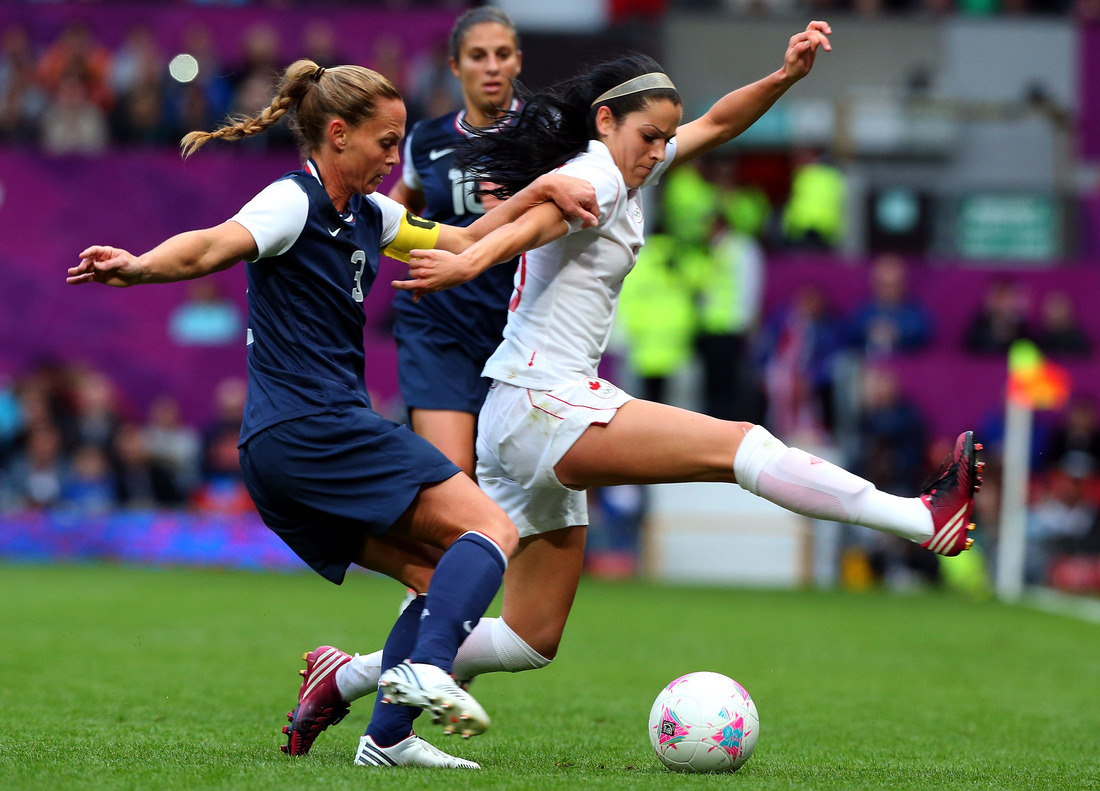 The best team sport game of the Olympics wasn't even a Gold Medal game, but the US Women's National Team went to war with Canada in the soccer semis, and it gave us the craziest 120 minutes of the two weeks in London. The genius of the Olympics is making you care about sports you'd otherwise ignore, and no game sucked us in quite like USA-Canada.

4. Michael Phelps Breaks All The Records 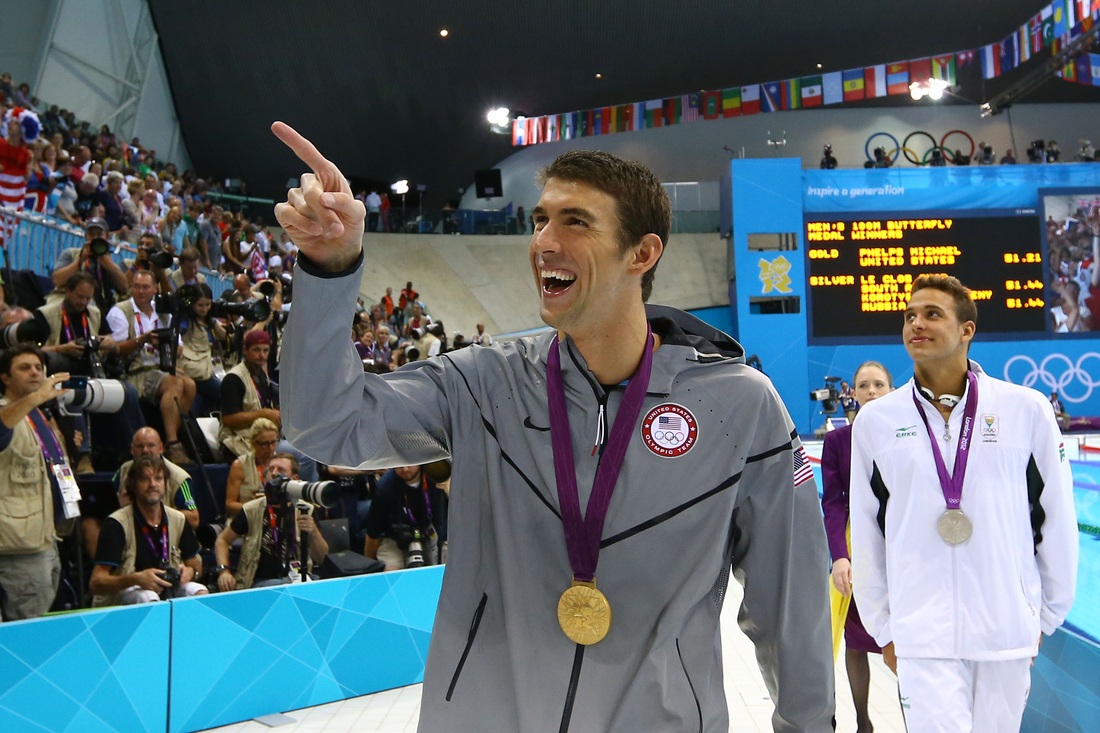 Two weeks ago there were a lot of people who weren't sure how London would turn out for Michael Phelps. He started slow, looked a little off, and it was an open question as to whether London would be the coronation for the greatest swimmer of all time or a cruel reality check for a legend who got old. Annnnd... Two weeks later, Michael Phelps is the most decorated Olympian of all time, and the greatest swimmer we've ever seen. Not a bad turnaround.

3. Gabby Wins Over The Whole Word 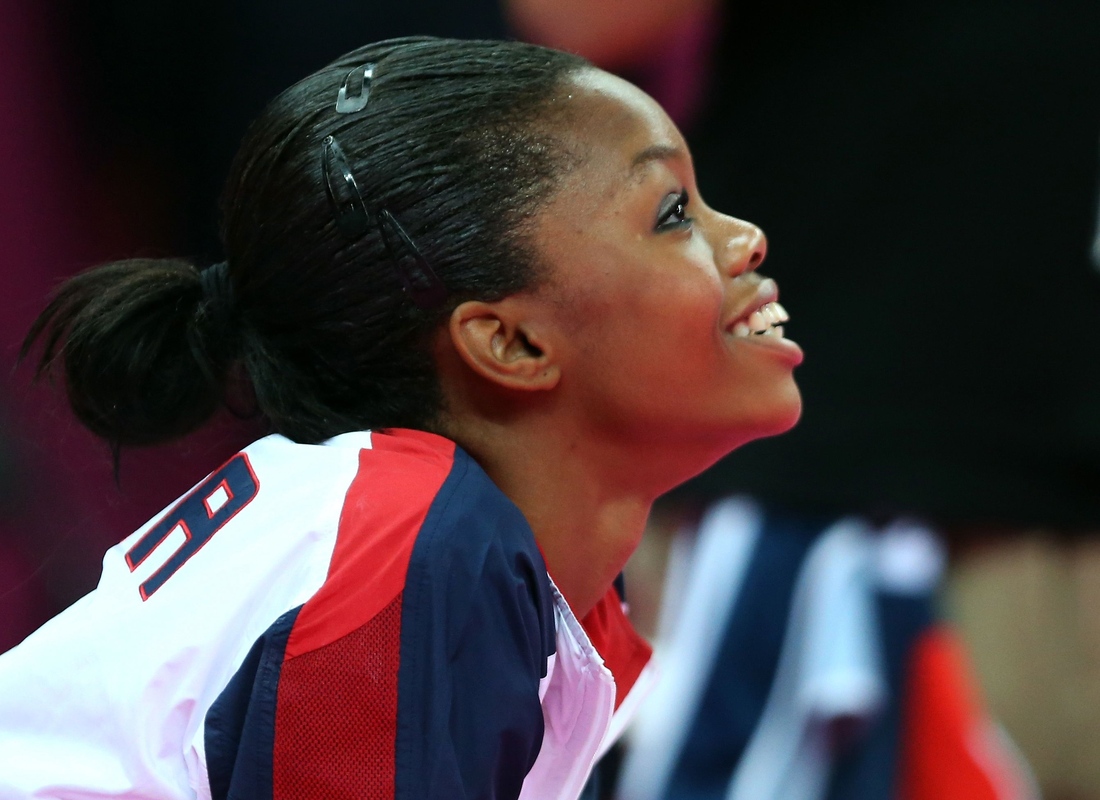 Even in the team competition she was the brightest star on Team USA, and then she went got herself into the women's All-Around, then she won, we all got swept up in it all, and for a few days the whole world was in love with Gabby Douglas. She could never compete again and nobody will ever forget what she did in London. There were more impressive athletes and better competitions, but I'm pretty sure Gabby Douglas is why we love the Olympics. 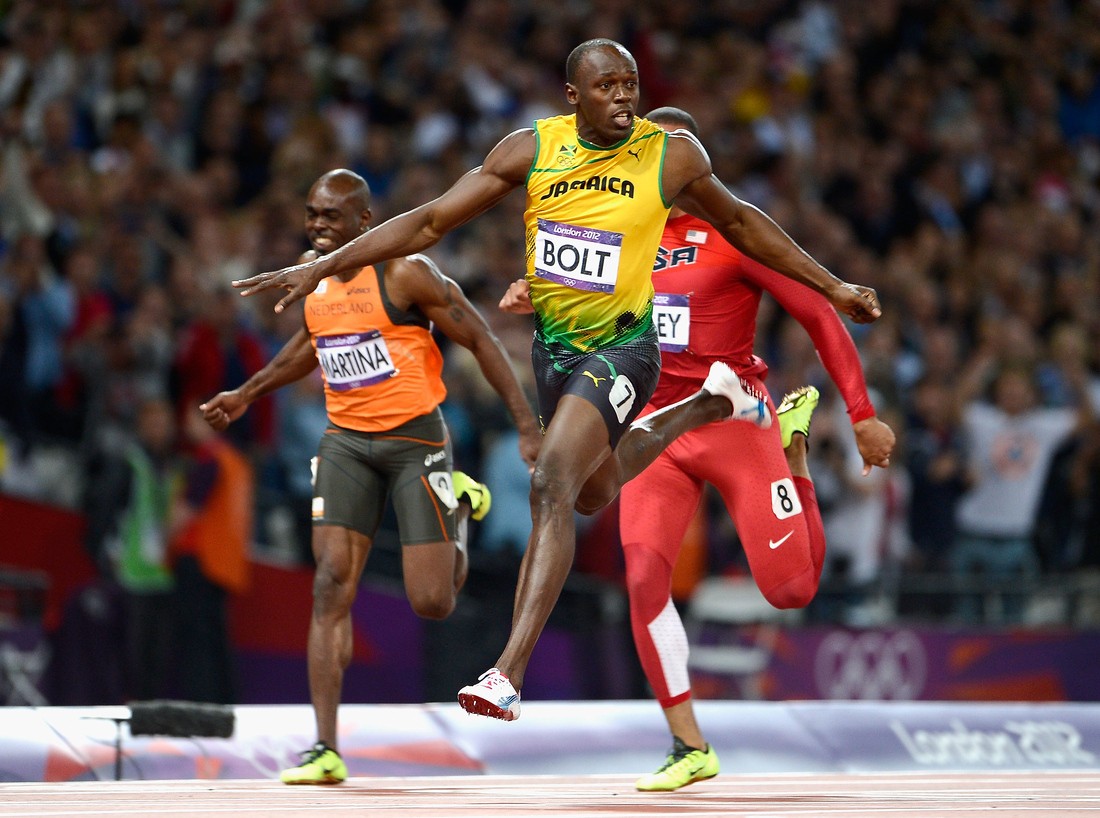 We watched him run for maybe two minutes combined, but if there's one athlete who we'll be rambling about years from now, it's Usain Bolt. The fastest man in history never totally seemed like he was running at full speed, was far and away the cockiest athlete at the games, and he just kept backing it up. All of it was part of his charm. The Olympics are fun and great for a lot of reasons, but Usain Bolt's one of the few athletes in any sport that just makes you grateful to be watching. So yeah, there were a lot of great moments from London, but none of us will ever forget Bolt.

1. Boris Johnson on a Zipline

There were a lot of amazing performances and memories from the London Olympics, but whatever man. When I think of London 2012, I'll choose to remember Boris, the Mayor of London and/or British Charles Barkley, dangling from a zipline looking impossibly British and taking it all in stride. He was great and totally ridiculous, and so were the past two weeks London.

Now? Instead of the kaleidoscope of weird and awesomeness we get from the Summer Olympics every four years, it's back to regular ol' sports. So, until Rio... We sign off with a reminder that Bob Costas is the worst, the Olympics are pretty much the best, and AMERICA WINS AGAIN. 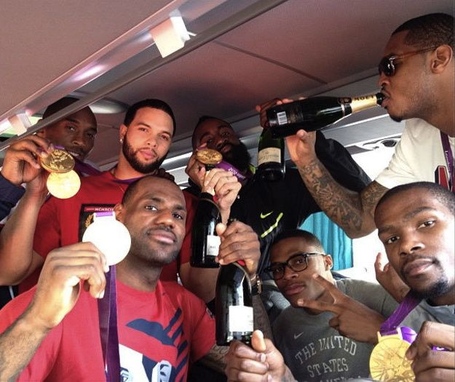