It has been clearly established that we here at SB Nation are too poor to be able to compete in -- let alone appreciate -- equestrian Olympic events like dressage and eventing. That's fine. Not everyone can be the secret CEO of Bain well-off enough to afford a million-dollar dancehorse. You know who can, though? Rich Fellers.

Yes, Rich Fellers. A member of the United States equestrian team. Seriously. His name is "Rich Fellers," and he has the most perfect name-to-event ratio in Olympic history. Because he's a rich feller. Get it? Here, Reddit even gave us photographic evidence: 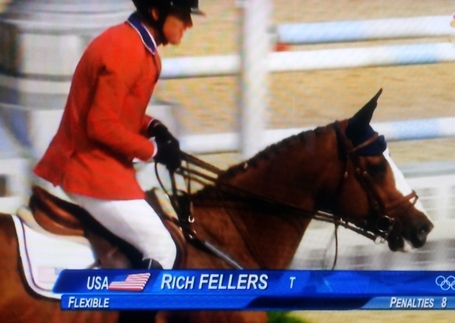 So, of course, this got us to thinking of what would be some other perfect Olympic names. Our shortlist:

- Lee Ping (so many track and field possibilities!)