Everything went wrong on one play for Seattle's special teams. We have a picture of that moment.

Sunday, horrible, horrible things happened to the Seahawks' special teams. First, their kicker, Steven Hauschka got injured trying to make a tackle. (Watch the GIF. He gets wrecked.) That meant their punter, Jon Ryan, had to take over as kicker. That meant Ryan couldn't be the holder on his own kicks. That meant Chris Maragos, a backup safety, became the team's holder all of a sudden.

Maragos botched the snap, picked it up, and tried to throw andwell okay just watch the GIF

(You ignored that New York Times story about how complicated snaps and holds are, huh?)

Thanks to Otto Greule Jr. of Getty Images, we have a picture of the moment the play got ruined: 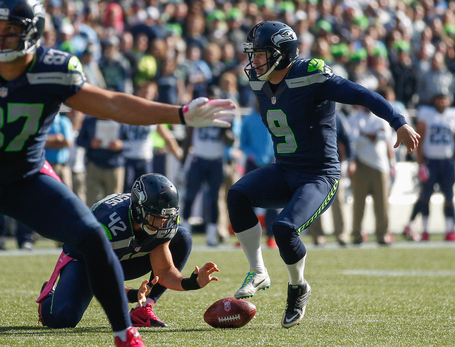 Why is this photo so important? Because we can zoom in on Punterface: 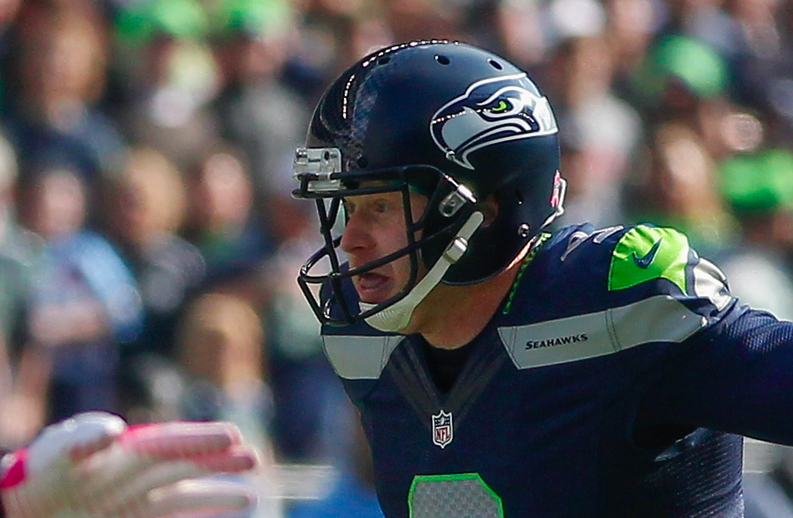 Poor Jon Ryan. He was so excited to get a rare chance to kick a field goal, and ... everything went wrong.